The 21st August 2012 Agreement between the Central Government and Region 10 Regional Democratic Council (RDC), which represents the interest of the citizens of the Region, is yet to be honoured. Where the Donald Ramotar and David Granger/Moses Nagamootoo governments failed to implement the agreement, it doesn’t mean the agreement is dead.

The economic situation in Linden/Region 10 and the residents’ basic right to self-determination have seen no significant improvement. The region remains an economically depressed community. The present Jagdeo/Ali Santa Claus project of doling out money to citizens is not only demeaning, reeks of corruption, highway robbery of the Treasury but the cultivating of a culture of mendicancy which undermines self-worth and development.

The people of Region 10 are hardworking, the region was at one time considered the economic backbone of the nation, and residents remain desirous of continuing to make meaningful contribution to self and national development. They must not be hindered in the process and all roadblocks should be removed to return economic vibrancy to a region blessed with human and natural resources.

The 2012 Agreement is a litmus test for the central government to demonstrate by action its respect for the Guyana Constitution which protects the autonomy of the Local Democratic Organs (LDOs), which are the regional and local governments. Compliance with this agreement further brings into focus how far the operatives of the central government can be trusted when making commitments to the citizens.

Given the spirit and intent behind our constitution, the government is elected to serve at the behest and on behalf of the people. Where ours is a representative democracy and leaders are elected and paid by us to represent and serve us, we must always hold them accountable.  It behooves us a people to collectively take responsibility for the honouring and implementation of decisions made from time to time. Failure to do so means we are failing to discharge our civic duty and under-representing the representative nature of our democracy.

In 2012 the opposition groups-A Partnership for National Unity (APNU) and Alliance For Change (AFC)- supported the cause of people of Linden/Region 10 and publicly stated that their cause was a just one. The parties to the signing of this agreement were Prime Minister Samuel Hinds, on behalf of Donald Ramotar government, Chairman Sharma Solomon on behalf of Region 10 administration, Rupert Roopnarine on behalf of the APNU, and Nigel Hughes on behalf of the AFC.

The agreement was subsequently tabled by Member of Parliament Vanessa Kissoon, debated and approved by the National Assembly, the highest decision-making forum on 27th June 2013. This agreement brings this nation to the closest point of respecting the spirit and intent of Article 77 of the constitution which speaks to the region developing its plan and central government funding it.

42 years into the constitution there remains an absence of political will and commitment by the central government and the National Assembly to empower the RDCs, Neighbourhood Democratic Councils and municipalities. It was behind this backdrop and given the known marginalisation suffered by the people that in 2012 they stood up as one and demanded that their right be respected in developing an indigenous economic programme to meet their needs. The position of Region 10 was guided by Articles 13, 76 and 77 of the constitution which speak to inclusionary democracy, central government partnering with the regions to develop their programme, and the region’s economic autonomy.

Laws, agreements, and conventions are dead at their heart unless activated by the people. We the people therefore have the responsibility to activate these, either at the initiative of the government or the people forcing the government to recognise and honour its responsibility to them. We cannot give up or let up on what is justly ours, what we have fought for, what our forebears fought and bequeathed to us, and we have a responsibility to safeguard, protect, deepen and strengthen, in order that our children and children’s children can benefit. The struggle for equal rights and justice must continue!

Sun Jun 12 , 2022
Support Village Voice News With a Donation of Your Choice. On Saturday June 11, 2022 between 10:00hrs and 16:00hrs, the Deputy Commissioner Operations (ag)Mr. Ravindradat Budram accompanied by Divisional Commander Superintendent Shivpersaud Bacchus and ranks of Region #2; held an outreach programme at Onderneeming on the Essequibo Coast, in response to a community call for social crime prevention intervention and […] 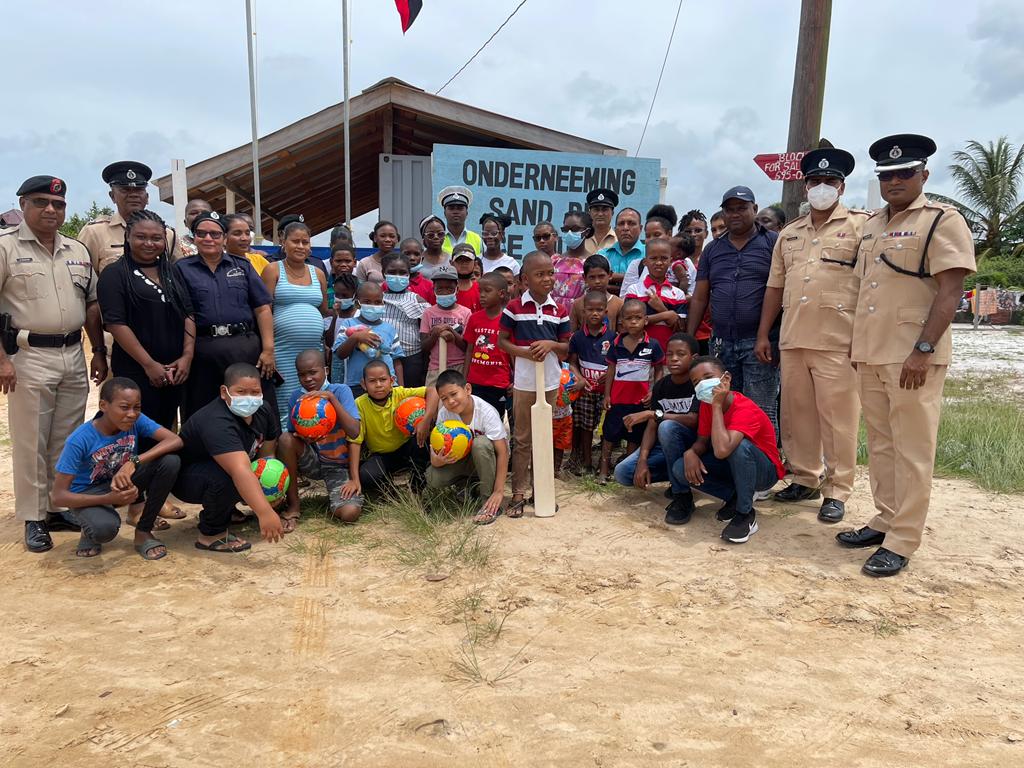