His Excellency, Dr. Mohamed Irfaan Ali on Saturday, visited the site where seven acres of land has been earmarked for the construction of the Guyana-Barbados Food Terminal in Lears, St Michael, Barbados.

Once completed, the terminal will store more than 40 containers of food, and will be equipped with a processing and packaging plant, as well as cold storage facilities for seafood, and packaging and processing plants. The area will also have a large reservoir for water storage and land set aside for crop production.

President Ali commended Prime Minister Mottley for her astute leadership in moving the process forward for the construction of the terminal, which is expected to facilitate the movement of food between the two countries and others in the Caribbean Community (CARICOM).

He said it is beyond a Guyana/Barbados initiative, noting that the intention is to create a model to demonstrate to CARICOM that the two states can work in the context of the CARICOM Single Market and Economy (CSME), even as the region strives to reduce its food import bill by 25 percent by 2025.

The president had therefore affirmed that Barbados has a reliable partner in Guyana and the country is ready to remove all impediments, and accelerate the plans to expand agriculture production and food security within the states.  Plans are also in place to utilise the reservoir for rare fish, and shrimp and prawns which will be packaged and stored at the facility. The President has committed to providing technical and other support in this regard.

PM Mottley outlined some of the plans her country has to revitalise the agriculture sector with support from the Government of Guyana in the area of aquaculture and the production of new crops to meet the regional demands. She also spoke of plans for the production of honey, noting that the Caribbean can be a global leader in this area.

Following the site visit, the team went into a meeting at the PM’s residence to meet and set timelines to move ahead with the joint ventures outlined.

Over the last two days, President Ali has been leading a delegation to the island to participate in the ‘Agro Fest’- The National Agricultural Exhibition, at Queen’s Park, Bridgetown. He is accompanied by the Minister of Agriculture, the Honourable  Zulfikar Mustapha, Minister of Tourism, the Honourable Industry and Commerce, Oneidge Walrond, and other technical officers.

Mon May 30 , 2022
Support Village Voice News With a Donation of Your Choice. Minister of Parliamentary Affairs and Governance, Gail Teixeira M.P., on Saturday explained to Region Seven residents that the Government’s Low Carbon Development Strategy (LCDS) 2030 is a “mixed energy approach” to address the issue of climate change. She noted that the new and expanded LCDS allows for sustainable development in every sector […] 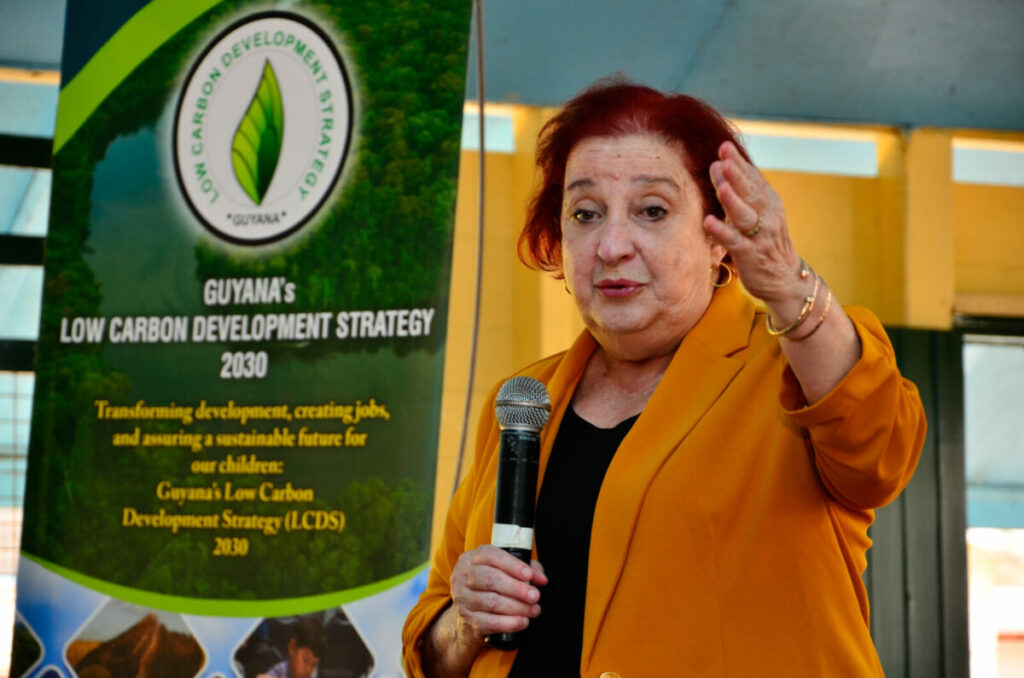