The father of four, who was killed execution style at his ‘D’ Field, Sophia residence on Fridsay was first shot in his yard. However, as he attempted to escape the lone gunman, he was followed inside his house, where the fatal rounds were discharged.

Confirmed dead is 43-year-old Collin McPherson, a father of four, who resided at Lot 460 ‘D’ Field Sophia, Georgetown. He was a driver attached to the Ministry of Health. Village Voice News was reliably informed that McPherson was shot in front of his 13-year-old daughter. His 18-year-old son was also at home at the time.

The Guyana Police Force has since launched an investigation into murder which took place at around 21:40hrs on Thursday at McPherson’s residence. In a statement, the police said, at the time, McPherson was sitting on a bench in front of his yard in the company of others.

“One eyewitness, who resides at the above-mentioned address, recalled that he was in the house when he heard a loud explosion, after which he saw the victim ran inside and started shouting ‘close the door,’” the police detailed in the statement.

The eyewitness told the police that the gunman was dressed in a blue shirt, dark-colour pants and is slim-built, fair in complexion and was wearing a blue facemask.

On seeing the gunman, the eyewitness reportedly ran into a bedroom in the house, leaving McPherson in the living room.

“Two more loud explosions were heard, and then there was silence,” the police disclosed.

According to the eyewitness, when he emerged from the bedroom, shortly after, he saw McPherson lying motionless in the living room.

The Police visited the scene around 22:00 hrs where suspected gunshot injuries were seen on the victim’s body.

An emergency medical technician (EMT) from Alberttown Fire Service Station was also present at the scene and the body was pronounced dead by Dr. Kellman from the Georgetown Public Hospital Corporation.

The scene was processed by the police and two 9MM suspected spent shells were recovered.

According to the police, checks were made for CCTV cameras which were seen but are yet to be viewed. Several persons were interviewed and statements were taken. The body was escorted to the Memorial Gardens Funeral Home awaiting PME. Investigations are ongoing.

Sun May 29 , 2022
Support Village Voice News With a Donation of Your Choice. The economies of Latin America and the Caribbean face a complex juncture in 2022 due to the war between Russia and Ukraine, which ushers in a new source of uncertainty for the world economy. This is negatively affecting global growth, now estimated at 3.3%, a percentage point below original projections […] 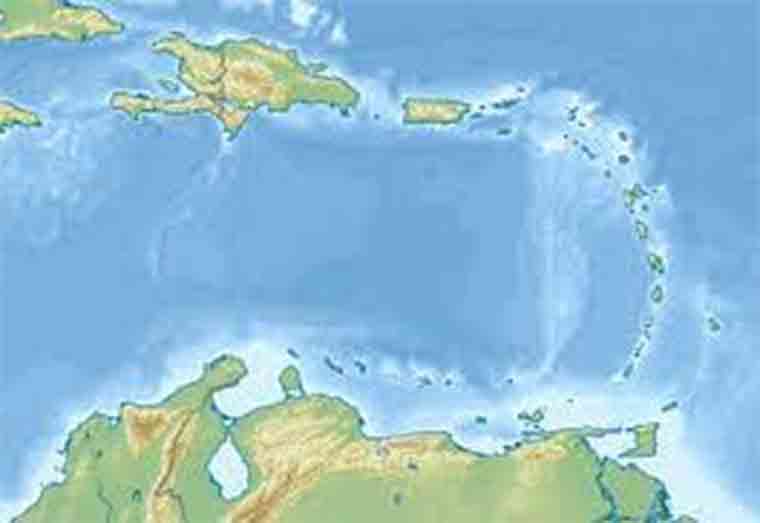