Fifty-six years of independence from colonial ruler Britain and Guyana is the subject of discussion in every major country in the hemisphere and the world. This is because of thirty-one discoveries of oil within its economic zone, off the mainland of Guyana. These discoveries are replete with possibilities of catapulting the Guyanese peoples into a world of wealth, if this was to be managed in the best interest of our peoples. The peoples of Guyana, with the exception of our indigenous brothers and sisters, were either brought to Guyana as slaves or came sometime around May 1838 to seek better lives for themselves, following the abolition of slavery in 1834.

Given the background of the two major ethnic groups in Guyana, that is to say, one forcefully removed from their homeland Africa and enslaved for centuries, while the other maltreated and were despised members of India’s lower castes in search of a better life, the greatest seer would have predicted that these groups would have integrated easily, to achieve Guyana’s dream, expressed in its motto “One People, One Nation, One Destiny”, so boldly adopted on May 26, 1966, when Guyana was proclaimed an independent nation.

The proclamation of nationhood was meant to bond the diverse peoples of Guyana into a unified nation. However, through the years, selfish politicians have dug deep divides between our peoples, pitting the larger groups against each other. In recent times, political machinations have been bolder with clear economic alienation of a large percentage of the population, not perceived to be their supporters. In fact, our chosen leaders, over the fifty-six years of independence, have squandered every opportunity to unify our peoples, towards the development of the Country, with the result of perpetual migration of skilled workers. This resulted in bold misrepresentations by some politicians that most of the relocations occurred at the time of a thriving dictatorship that reportedly strangulated the people. Nonetheless, changes in leadership from that era to date has done nothing to stem the flow.

As racial polarization intensified between the two largest groups, discrimination (even from the seats of Governments), supplemented and compounded by poor wages and issues surrounding occupational health and safety became identified as the major reasons for the mass exodus, mostly to the developed world, where our peoples tirelessly pursued better lives for themselves and generations to come. Poverty dispelled Peace and tranquility in the new era and heightened crime became the new watchwords, as economic pressures were visited upon the people. There has also been a reduction in job security, because of political intervention into workplaces and an escalation of deprivation and poverty. Contrarily, in 1993 the Guyana Government endorsed the existence of this scourge and committed to address its alleviation. However, to date there has been an abysmal failure to do so, with the result that poverty has become more widespread, being self-evident by the increasingly atrocious number of beggars and homeless persons, countrywide.

Our peoples, who remained at home, have been tirelessly used as political pawns to seat new governments in the name of “democracy.” Successive Governments, after taking the oath of office, have taken unconstitutional paths towards their own selfish desires and in the process have implemented programmes and systematically squandered the country’s resources without plans, research or involvement of the people. For example, our politicians now parade as angels bearing gifts, where work or revenue is doled out as though a political favour, apparently in exchange for the sanctity of future votes. Also, they have used political clout to desecrate the proper functioning of independent constitutional offices and manipulate outcomes and processes set to achieve transparency and fairness. Some Constitutional Heads appointed by them lacked moral fiber to uphold truth and justice, while others have had their tenures cut short, because of daring to stand strong to desired values.

There are the so called “Guardians of Democracy” that cheer on our leaders even when these undermine democratic obligations and/or constitutional requirements. These “Guardians” exist only to give lip service to the existence of democratic norms, but care little about the presence of real democracy. They willingly subscribe and make excuses for lawless and unconstitutional conduct of our leaders, while our peoples struggle. The people are made to subsist on starvation wages and slave-like conditions, while politicians live like kings and wantonly misrepresent the Country’s situation and inveigle their minions with perks to secure their support. To ensure wider support, some politicians play on ethnic weaknesses, subtly suggesting reasons for political and other differences.

A notable example is the constant denial of improved conditions of service to Public Servants, the Country’s premier workforce, through the rejection of the right to collective bargaining, and the payment of starvation wages and salaries, instead of realistic wages and salaries, commensurate with current economic conditions. Government most recently limited these workers to what amounts to a miniscule handout, while embarking on public funded political campaigns within its constituencies making political commitments to invest billions of dollars in these areas. As if this was not enough, it again approved a fertilizer grant for some 70,000 farmers that is expected to cost one billion dollars and cash grants of twenty-five thousand dollars to persons in riverine and hinterland communities, who had also benefitted during a similar payout in 2020. This disingenuous and divisive methodology of Government is destined to create more disunity, tensions and disgruntlement among the peoples of Guyana, who cherish the Country’s independence, but are made to suffer immensely through the selfish schemes of Government. The systemic partitioning of the nation has had negative effects on the growth of Guyana, which despite its vast national resources, have seen little development over the fifty-six years of independence.

Again, the discovery of oil on our shores, militates against excuses for the failure to eradicate poverty and also works in contradiction of the payment of scanty national minimum wages. Hence, the genuine practice of good governance, by whosoever is afforded the privilege to discharging that mandate, is paramount and persons afforded such privileges must at all times be held accountable to the people and be not above the law.

Cementing of the peoples has always been necessary for the development of robust national bonds as a durable basis for the advancement of the Country, not only economically, but also socially and structurally. In this regard, education of the peoples was seen as key to all forms of development and as such was availed to every Guyanese at no cost, from “Nursery to University.” As the political believers of this theory passed on, education within some levels began to carry price tags, including at the University level. This departure over the years must be revisited to guarantee all our peoples their educational needs.

Satisfying the nation’s educational needs would doubtlessly increase the national response to climate change and inform requirements for disaster preparedness. These are imperatives that would determine the Country’s future, given the facts that the coastland of Guyana is below sea level, in addition to the inherent risks in oil mining. In recent times, our leaders have taken a carefree approach to the imminence of both threats, giving political manoeuvrings precedence. This sad state of affairs poses dire risks, not only to our peoples, but also to our pristine environment.

While as a people we ponder on issues of governance that are real threats to our very existence, focus should also remain on the ravages of the coronavirus and other imminent biological threats, that also threaten our very existence as a people.  Do everything to be safe and avoid the damning pitfalls outlined by the World Health Organization and Guyana’s Central Board of Health.

Fundamentally, as a people, irrespective of our individual political beliefs and persuasions, our engraved mindsets must be Country oriented, whereby there is strength and independence to stand for what is just and right. Our minds must dispel all things that threaten harmony and/or strive to make the achievement of the virtues of our national motto a myth. As a priority, the citizens of Guyana must strive for real unity, stand in defense of each other, recognizing that power resides in the people. It is only with such unity that we the people can hold our politicians accountable for their acts. The disunity among our people can be easily eradicated if we open our minds and take an enlightened approach to dealing with all matters that are not being done in our best interest. The peoples of this nation must rise from their perpetual slumber and demand that Governments be not laws unto themselves, but be accountable to the people. Citizens must also demand that Governments lead by example, a trait that so far has not been manifested, but is a requirement of good governance. On behalf of the Executive Council, Members and Staff of the GPSU, myself and my family, I extend to all Guyanese, best wishes for the 56th Independence Anniversary, while we look forward to a bright future, working and living together in love, unity and harmony.

Sun May 29 , 2022
Support Village Voice News With a Donation of Your Choice. By Karen Abrams, MBA – Ed.D Curriculum Development – Education Technology ‘25 Innovation is defined as the improvement of existing products, processes, services, and business or organizational models which drive long-term economic growth, competitiveness, and quality-of-life improvements, or the creation of entirely new ones.  A U.S. Department of Commerce study […] 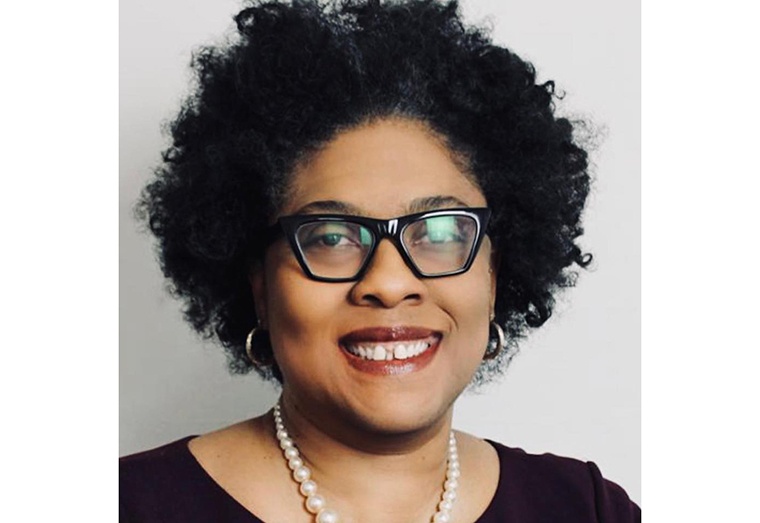