Police in Regional Division #3 are still on the hunt for a man who is believed to have killed his wife and left her body in their Crane, West Coast Demerara home.

Police on Friday informed that they are investigating the death of 41-year-old teacher, Omega Ault whose body was found in a state of decomposition at her home around 17:00 hrs.

According to the police on Friday 37-year-old Kevin Ault, a mechanic of Diamond Housing Scheme, East Bank Demerara went to the Vreed-en-Hoop Police Station on the West Coast of Demerara, and reported that for the past two weeks he has been calling his 41-year-old sister, Omega Ault–a teacher of Crane Public Road, West Coast Demerara, via telephone and he was not getting through to her.  Kevin Ault said he then went to his sister’s address at Crane and after calling and getting no response, he pushed open the front door to the house where she lived and immediately got an unpleasant scent.  Kevin Ault said he went into the front room of the house and saw the body of his sister lying motionless almost in a state of decomposition. He then reported the matter to the police at Vreed-en-Hoop after which a party of police ranks visited the scene. Enquiries disclosed that the deceased woman was living with her husband Clarence Farley called Junior, of the said address, and their three-year-old son, but they were encountering ‘problems’ in their marriage.

Enquiries also revealed that, about four days ago, Clarence Farley took the three-year-old boy to Tracy Ault (the sister of the deceased) who resides in Diamond, EBD. He left the boy with Tracy, telling her  that he is going into the backdam. He has not been seen since and the Police Force has now issued a WANTED BULLETIN for him.

Meanwhile, the scene at Crane was processed by the police investigators. The woman’s body, in a state of decomposition, was escorted to the West Demerara Regional Hospital where it was officially pronounced dead on arrival by the doctor on duty, after which it was taken to Ezekiel Funeral Home, awaiting Post Mortem Examination.

Air traffic controller making sense of her own business

Sun May 29 , 2022
Support Village Voice News With a Donation of Your Choice. By Naomi Marshall  After years of watching her mother create organic concoctions to care for their hair, Earlecia Hieronymo made the huge step to launch her beauty business. In March 2020, Khayr Organics, a hair and skin care brand for men and women, was born. The nourishing self-care products trademarked, […] 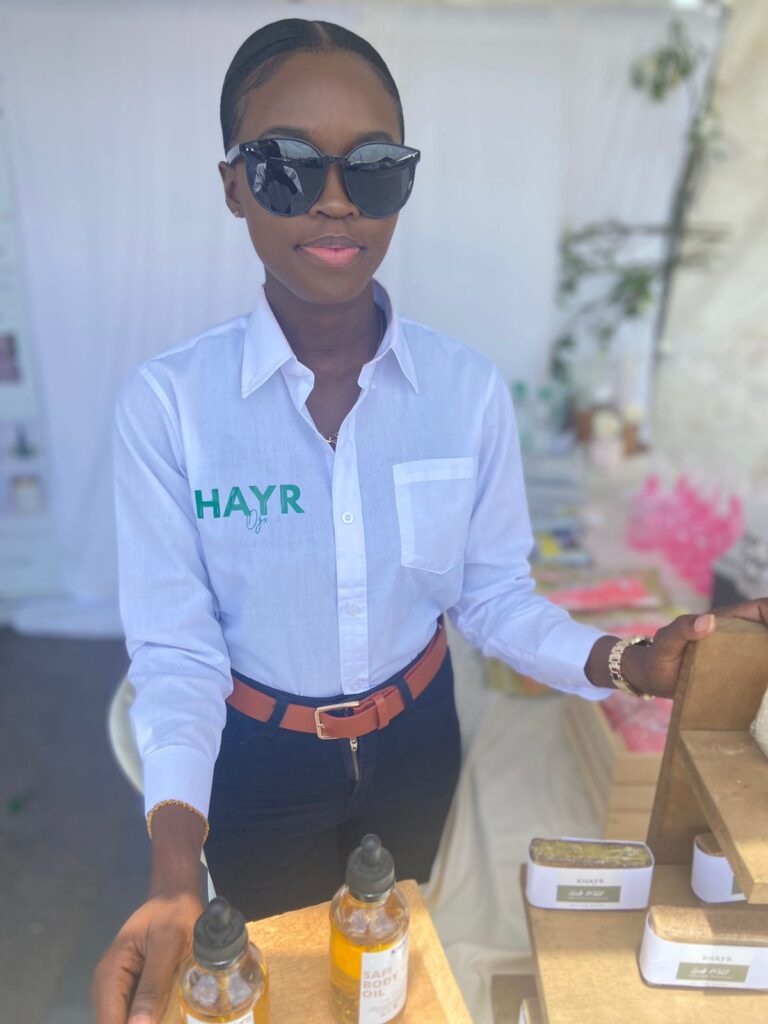