President, Irfaan Ali has underscored his government’s position to marshal the best diplomatic efforts necessary to maintain respect for all of Guyana’s territorial space.

The Head of State said Independence imposes the duty to safeguard the nation’s territorial integrity and national sovereignty on these issues, emphasising that Guyanese must broker no division.

“You must continue to stand united in defending our motherland from external threats,” President Ali told a mammoth crowd on the eve of Guyana’s 56th Independence anniversary, at Damon Square, Anna Region, Region Two. The Guyanese leader said government has no intention to deviate from the judicial path, which has been taken to address the controversy with the Bolivarian Republic of Venezuela.

“Our path to peace is paved with good intentions. We are committed to good neighbourly relations,” Dr. Ali pointed out. He said that Guyana is equally committed to expanding and deepening relations with its sister member states within the Caribbean Community, as well as global partners and being part of the global family of democratic states. The President underscored that the constitution clearly outlines that sovereignty belongs to the people. Guyana moved to the International Court of Justice (ICJ) to challenge the non-participation of Venezuela back in March 2018, over its disagreement on the legal validity and binding effect of the October 3, 1899 Award.

Venezuela had maintained that the ICJ was without jurisdiction to hear the case, and had not participated in the matter. However, in December 18, 2020, by a 12-4 majority ruling, the ICJ upheld that it has jurisdiction to entertain Guyana’s contention concerning the validity of the 1899 Award about the frontier between British Guiana and Venezuela, and the related question of the definitive settlement of the land boundary. Guyana earlier this year informed the Caricom Community (CARICOM) that it will be submitting its written pleadings to the ICJ in the ongoing Guyana/Venezuela border controversy case. (DPI)

Sun May 29 , 2022
Support Village Voice News With a Donation of Your Choice. The Ministry of Health (MOH) on Saturday reported the death of a 66-year-old woman who had contracted the coronavirus (COVID-19).  This takes the total number of deaths from the pandemic to 1,233. Also on Saturday the ministry recorded 44 new cases with two persons in the Intensive Care Unit. The […] 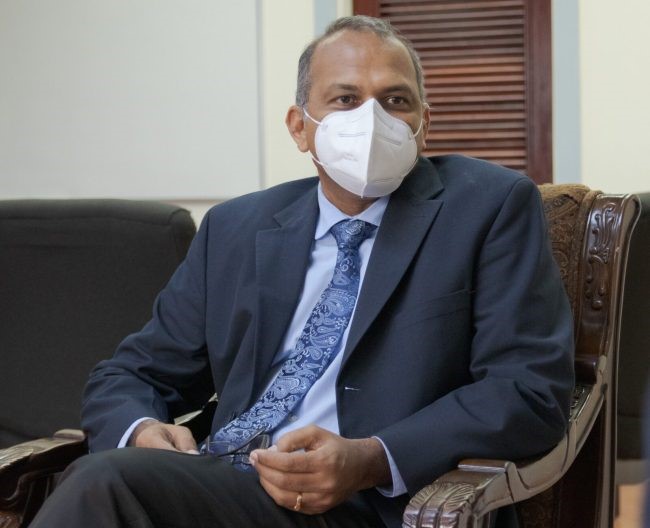