Guyana and Dominica are exploring becoming partners in corn production and the Agriculture and Innovation Entrepreneurship Programme, as aggressive effort is being made to ensure that sufficient food is available for citizens of the two CARICOM states.

“The President and I have agreed on some areas of cooperation and collaboration on this, and I think in the next few weeks, we will see actual actions taken to advancing those areas of cooperation,” Dominica’s Prime Minister, Roosevelt Skerrit told journalists on Friday.

PM Skerrit was among a number of CARICOM heads who visited Guyana for the three-day inaugural Agri-Investment Forum and Expo, held at the Arthur Chung Conference Centre (ACCC) over the weekend.

In Guyana, the government has made significant investment in corn production which is among the commodities targeted for development under the Ministry of Agriculture’s Intermediate Savannahs Development Initiative.

Meanwhile, PM Skerrit pointed out that CARICOM’s intention is to give farmers and other producers the opportunity to create wealth for themselves and their families, and ensure rural Caribbean Communities thrive.

“Their families can have access to better education and housing, and I believe that those of us who live in rural countries should celebrate the conference and the actionable plans that have been identified going forward,” the island country leader added.

He underscored that the investment forum allowed for pragmatic and concrete proposals, which he believes, are all achievable, citing that the political will is evident among the country leaders to advance the food agenda.

“Obviously it’s going to take more than the political leadership, it going to take the private sector, the farmers, the financial institutions because one of the challenges we have in the region is that the commercial banks are not prepared to finance agriculture projects, and therefore they need to come on board as well,” the Prime Minister noted.

Tue May 24 , 2022
Support Village Voice News With a Donation of Your Choice. The Ministry of Education on Monday rolled out a three-day programme for preparing for the rollout of the renewed curriculum. The programme is being held in the National Center of Educational Resources Development’s (NCERD) auditorium and is being facilitated by NCERD, Mindbloom Consulting and St. Francis Xavier University. Three-day programme […] 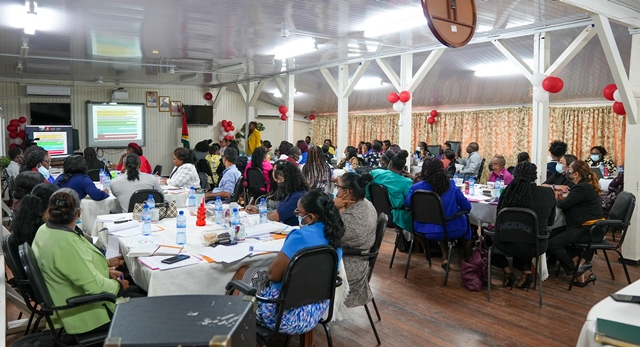