Judge Ketanji Browne-Jackson’s appointment to the Supreme Court in the USA should be of great significance to Guyana. Although our country has crossed the hurdle of appointing Black women to our Supreme court a long time ago, we must not be blinded to the significance of Judge Jackson’s ascension to this high office. She does so in the context of racial competition and racism in a political space where her racial group does not have the luxury of being part of a sovereign State in which they wield institutional power. Her rise to this high office is therefore a reminder that the journey from plantation to a secured post-plantationhood for the formerly enslaved is an ongoing project.

All Guyanese regardless of ethno-racial identity would no doubt celebrate Judge Browne’s movement to the status of Justice Browne. We no doubt do so from a Third Worldist perspective and from the standpoint of Color. Yet in our Guyana we pay scant attention to the struggle of the African Guyanese to reconcile his/her present condition with the sordid past of Plantationhood. Indeed, we deny him/her that opportunity, as we punish any attempt by the African to Africanize his/her Guyanese identity. And as we confront our own reality of how institutional power is distributed, our gains as far as who sits in our highest institutions may well be in danger.

Despite that act of omission, Village Voice joins Guyana in saluting Justice Ketanji Browne-Jackson for fulfilling the Global Pan-Africanist dream of constantly breaking the chains of Post-Slavery bondage. Her rise represents yet another reminder to the world that reparations for the sins of slavery are long overdue. It is both a moment of joy and a demonstration of where historical memory could lead. Had Black America and by extension the African Diaspora succumbed to the bullying of other groups to stop reaching for its Narrative of Suffering, there would be no Justice Ketanji Browne Jackson. Give Thanks.

Sun Apr 10 , 2022
Support Village Voice News With a Donation of Your Choice. Two special education teachers will pursue their Master’s Degrees, thanks to ExxonMobil Guyana. The oil company is financing the degree programme through the United Women for Special Children (UWSC). According to a statement issued on Thursday, the money was raised through an employee-based safety feedback programme with the company matching […] 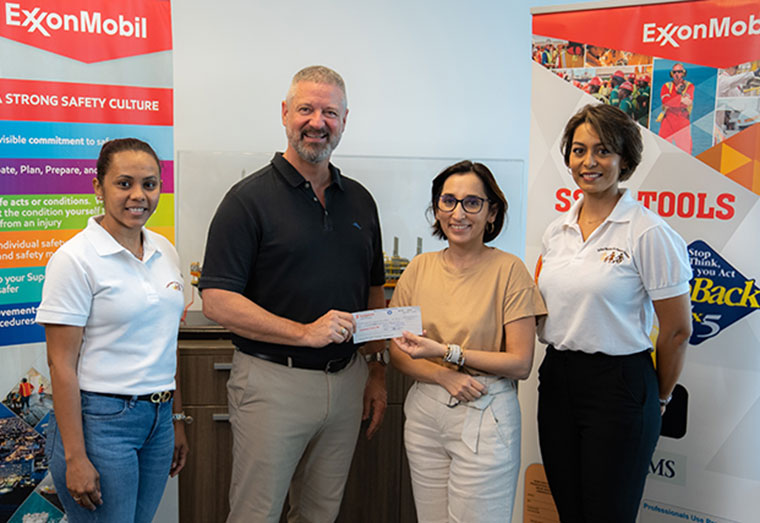