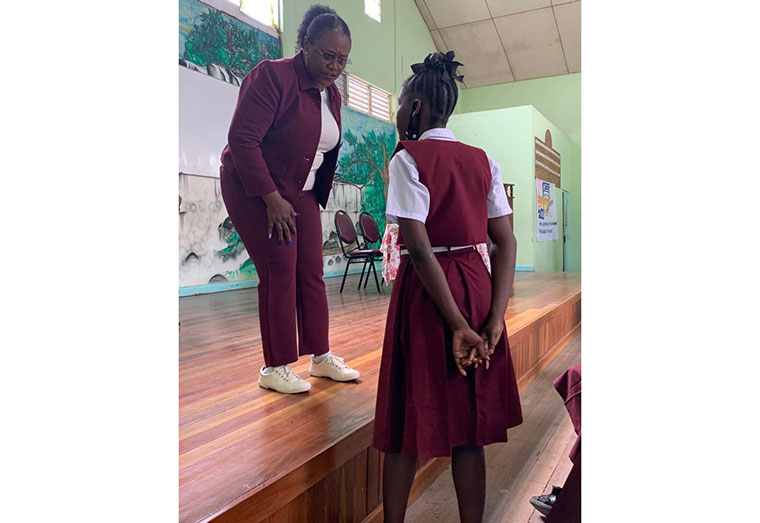 Recently, Jaheim Straker, student of the New Silver City Secondary School was severely injured during an altercation with another student. This has seen much attention being given to addressing school violence. Also at the event was Regional Chairman, Deron Adams; Regional Member of Parliament, Jermaine Figueira and former Chairman of Region 10, Sharma Solomon who also gave motivational speeches to the students.

In an interview with Village Voice News, Broomes stated at the onset that she condemns every level of violence. However, the former Minister of Youth Affairs indicated that she will not condone the placement of students in the Juvenile Holding Centre and the New Opportunity Corps (NOC) as a first method to address matters by the education system. She said that the two centres have failed the young people of Guyana.

Broomes noted that while the schools’ welfare system exists, there is more in-depth studies and interventions that need to take place to address social issues affecting youths of the nation. “What we hear from certain levels is about policies and welfare officers which is something that have been done for years and it has failed. It tells me that leaders would have to try something different, not only welfare but get to the bottom of what really is happening in the lives of students and what influences their behaviours,” Broomes posited.

“These children were away for more than two years. Many of them were home, many of them had to go work around big people where they are among different conversations, they have to defend themselves. So then they come to school thinking that they have to defend themselves the same way,” she added. Broomes posited that a holistic approach is needed to address issues in the school system and social ills affecting the nation’s youths.

Hence, she called upon past leaders, the police, religious leaders, non-governmental organisations and persons of the diaspora to join the movement of addressing social issues affecting the youths of Guyana.

The initiative of visiting schools was birthed during her tenure as Minister of Youth Affairs when she was mandated by Former President of Guyana, David Granger to investigate the school system and challenges faced by students across Guyana and finding solutions to those issues.

After her tenure of the position came to an end, Broomes decided to continue the work she had started in the schools through her foundation, the Broomes Foundation. During Broomes’ visit to the New Sliver City Secondary School, a number of students were offered short, medium and long term assistance by the Broomes foundation. This was not the Founder’s first visit to the school and she plans on returning soon. Broomes also visited the student who caused injury to Jaheim Straker during their altercation.

Cheers for Jackson, who declares, ‘We’ve made it, all of us’

Sun Apr 10 , 2022
Support Village Voice News With a Donation of Your Choice. WASHINGTON (AP) — Tearfully embracing a history-making moment, Judge Ketanji Brown Jackson said Friday her confirmation as the first Black woman to the Jackson’s arrival on the bench won’t upend the current 6-3 conservative balance. But in addition to the racial history, it will for the first time put four […] 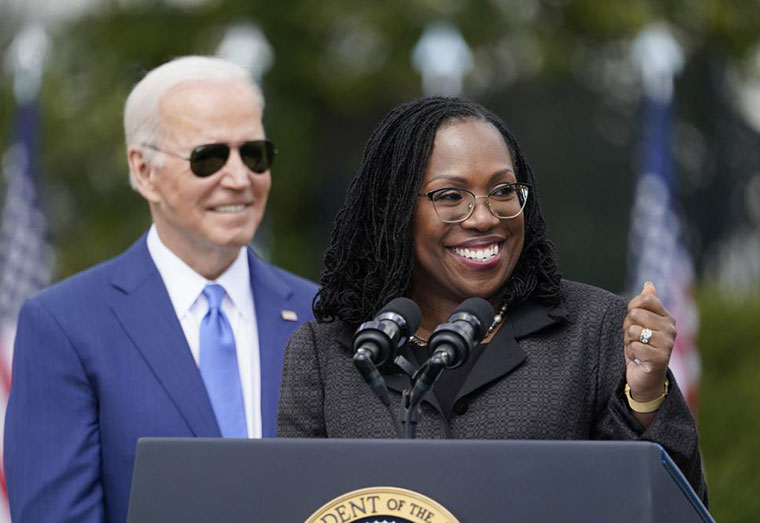