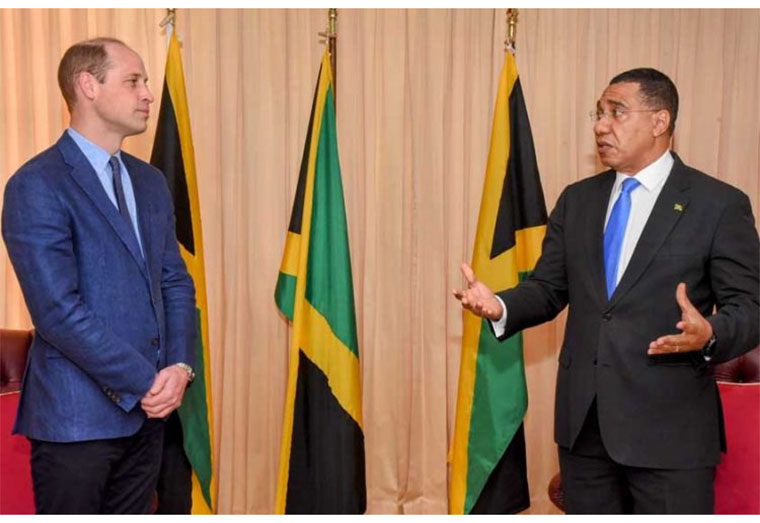 Jamaica’s Prime Minister Andrew Holness (right) in conversation with His Royal Highness, the Duke of Cambridge, during a courtesy call.
Kingston – Prime Minister Andrew Holness has served notice to the visiting Duke and Duchess of Cambridge that Jamaica intends to break ties with the British monarchy.
He said Jamaica intends to attain and fulfil “its true ambitions as an independent, developed and prosperous country” in short order. Speaking with the Royal couple during a courtesy call on Tuesday, Holness said: “Jamaica is a very free and liberal country. The people are very expressive, and I’m certain you would have seen the spectrum of expressions. We are very proud of our history and what we have achieved, and we are moving on.”

He said there are issues that remain unresolved but noted that the visit of the Duke and Duchess provides an opportunity “for those issues to be placed in context and put front and centre to be addressed”. Holness’ notice that Jamaica will remove the Queen as Head of State and become a republic comes four months after Barbados officially took the step.
Their Royal Highnesses arrived in Jamaica on Tuesday for a three-day official visit to the island as part of activities to celebrate the Platinum Jubilee of Her Majesty the Queen.This year marks 70 years since the Queen’s ascension to the throne. (CMC)

Gill and Ferguson make it two in two for Gujarat Titans 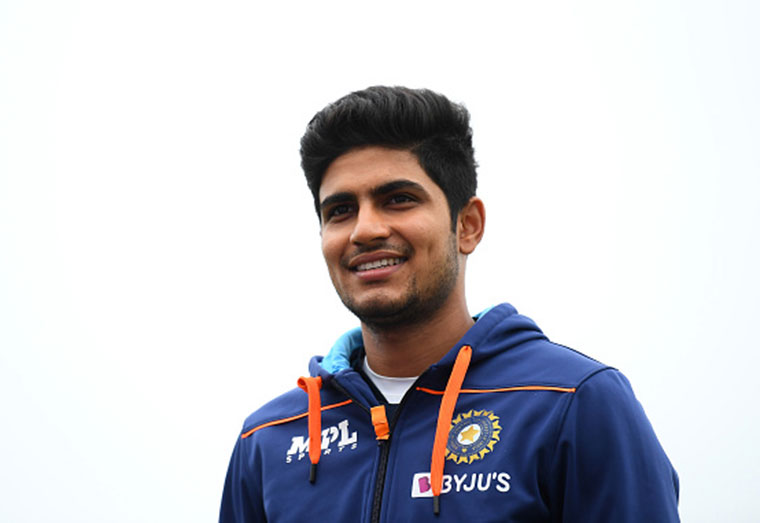