The just concluded first International Energy Conference and Exhibition informs that there are at least two but definitely not one Guyana. At least half of Guyana was locked out from participating. This is unacceptable.
Apparently there was no attempt by the Government to ensure the participation of the Parliamentary Opposition from the A Partnership for National Unity and Alliance For Change (APNU+AFC) coalition. The Government should have had similar invitation and accommodation for the Opposition as they provided for their members to participate.
Listening to the speeches of government officials leaves no doubt that ordinary Guyanese are on their own and the Opposition is not even a considered entity, force or people to be recognised as worthy for inclusion much less benefit. They made no pretense, as they did with the National Budget, that we are in an era of survival of the fittest. The government is doubling down on creating two societies- ‘the have and the haves not,’ with the latter expanding and the former growing slimmer.

Guyana’s destiny is for Guyanese to mould and if Guyanese do not mould it others will. Foreigners are arriving in numbers never before seen in post-independent Guyana. They are not coming out of love for Guyana or the desire to develop Guyana. They are coming to exploit Guyana’s new explored wealth, i.e., oil and gas. The current children of Guyana and generations to come will be increasingly locked out if we today stay silent or on the sideline in this new economy.
And with the government’s determination to proceed as they please, there is doubt scales fell from their eyes or any emotional cords were touched as they sat in the audience, listening to foreign leaders beseeching the powers that be not to exclude Guyanese from participating and benefiting from the wealth. Shame and conscience may be too much to expect from leaders pre-occupied with political dominance and ethhnocratic pursuits.
It follows too, from the speeches of Barbados Prime Minister Mia Mottley, Suriname President Chan Santokhi, and Ghana President Nana Addo Dankwa Akufo-Addo that they are not supportive of a body politic that panders to exclusion. Excluded Guyanese should note, “If they don’t give you a seat at the table, bring a folding chair.” This is a famous quote of Shirley Chisholm, Guyanese-American Congresswoman.

Chisholm’s advice sought to impress on the marginalised the necessity of their presence when important conversations are happening and decisions are being made. The conference was one such and should mark the beginning of activism for equality. Political representation is crucial because the politicians will determine, via the Executive and National Assembly, how the nation’s resources will be disbursed and managed.
The coalition’s Members of Parliament who by their own means found a way to make their presence felt are commended. Their attendance would have been enlightening. Participants would have been able to benefit from additional knowledge and information that could enhance their representation in their constituencies and National Assembly. The hallowed space is much more than the dishonourable Dharamlall despicable dildo talks. Parliamentarians must bring their intellectual “A” game to the House.

And alongside the conference there were protests. The presence of Guyanese was felt and their opinions heard on the oil contracts, environmental safeguards, and government’s (mis) management of the oil revenue. The trade union, civil society and concerned citizens were presented, supported only by a few Coalition MPs.
The physical absence of Mr. Aubrey Norton, Leader of the People’s National Congress Reform (PNCR) and Chairman of the APNU, was felt. The conference presented opportunities for vital energy information and knowledge, networking, forming and/or rekindling alliances. Most importantly the opportunity to have the attention of the international community and represent the marginalised and depresses was lost.
As Leader of the Opposition in waiting, leader of one of Guyana’s major political forces- the next being the PPP/C- and political scientist, Norton would no doubt agree participation- at the conference and protests- would have empowered him more to speak to the issues and identify with the people’s concerns. Hopefully, it has not escaped his attention the growing disquiet that he is not delivering on his promises to unite the PNCR, protest the PPP’s mismanagement, and provide better representation.

Sun Feb 20 , 2022
Support Village Voice News With a Donation of Your Choice. There are more reasons than one to not throw away those orange peels, because they have a number of health benefits. Orange peel powder is widely used in beauty treatments and as an ingredient in face packs. Orange peels have certain characteristics, which make them ideal for 1. Full of […] 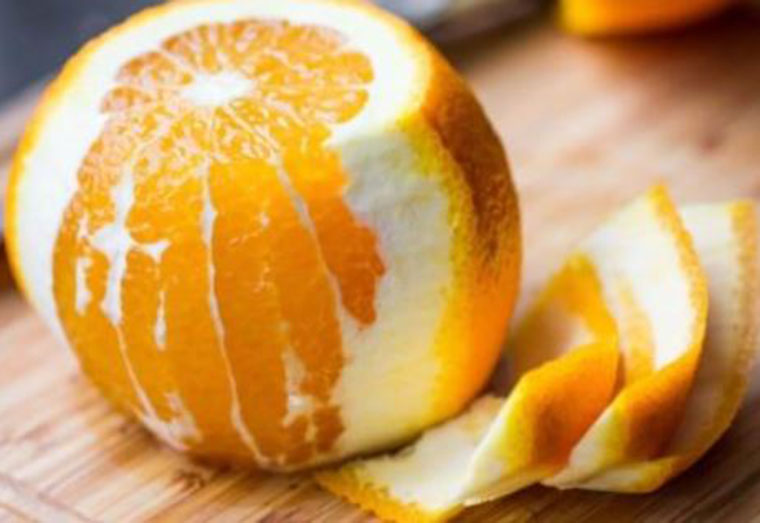