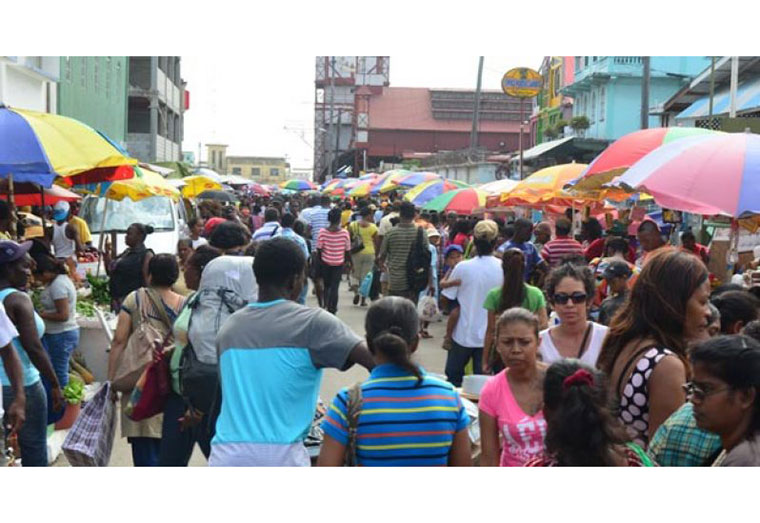 —Article 13 raises concerns over widening gap between rich and poor

The fledgling pro-democracy group, Article 13 has flagged government’s $552.9B budget, saying that too much of the country’s architecture seems designed to serve the business class, with emphasis on growing certain types and classes of businesses while the average Guyanese does not appear to benefit to the same degree.

“We note too that while businesses and oil companies are getting tax breaks on vehicles and equipment, the average Guyanese is paying a larger percentage of their earnings just to feed themselves while our pensioners will receive a mere $3,000 (app US$15) per month increase. These need careful examination,” the group said in a statement reacting to the budget which was approved by the National Assembly Thursday evening.

The main opposition- APNU+AFC has decried the estimate as anti-working class. Opposition frontbencher, Senior Counsel Roysdale Forde during his budget debate presentation said budget will widen the economic gap between the poor, the working class and the rich. He said government, in presenting the $552.9B Budget, has thus far failed to provide a blue print for the equitable distribution of the country’s resources. Forde said Guyanese, in 2021, witnessed and experienced a rapid deterioration of the social and economic conditions, which were further compounded by the Coronavirus (COVID-19) pandemic. “Propelling and or significantly worsening the economic and social decay of the country has been the inept, abysmal handling of the worse public health crisis our country has experienced in a century,” he told his colleagues on both sides of the House. Forde said evidence of the Government’s mismanagement of the pandemic is glaring, as he referenced to the treatment of persons infected with COVID-19, the acquisition of vaccines unapproved by the World Health Organisation, the alarming spread of the virus throughout the country, and the lax enforcement of Covid-19 Guidelines.

Meanwhile, Article 13 said it welcomes the emphasis on food security as a priority but wonder whether the key focus on non-traditional crops such as broccoli, cauliflower, carrots, spices and fresh flowers destined for overseas markets offers any such security. “Worse, such a policy can have the potential of reducing the availability and increasing the price of traditional agricultural products for the average Guyanese.” Article 13 said too that it is very concerned about the several open provisions in the Budget involving billions of dollars of cash spending without adequate guardrails to prevent malpractices and corruption. “These provisions need major examination. These need careful examination. With so many questions and clarifications, four days is just not enough to conduct a credible review of a Budget of the largest budget ever,” the body stated.

For its part, government in defending the budget has pointed to the Because We Care cash grant, which has since been increased to $25,000 in 2022. Increases were also made to the school uniform allowance, $300,000 to old age pension and also a meager increase to public assistance. Vice President Bharrat Jagdeo said these measures, altogether with the Because We Care grant, represent $14 billion more for the Guyanese people that the coalition did not give. He also spoke about the government’s providing some 6,000 Guyana Online Academy of Learning (GOAL) scholarships, with an investment of $1 billion, and has budgeted an additional $1.3 billion to finance 4,500 more scholarships. While the cost of living remains an issue, the Vice President reminded that government has budgeted $5 billion to address cost of living, and will work to get to the bottom of it.

According to Article 13 whether by taxation or by debt servicing, the budget is financed to taxpayers and it should allow citizens a full understanding of the Budget, its implications and effects. According to the body what the Government does not tell citizens, the Budget does not only fund projects for the current pear – it also commits the country to multi-tiered-multi-year projects that will have a longstanding impact on the future of Guyana. “For example, Budget 2022 contains a provision of G$20.8 billion Gas-to-Energy project, as a core component of the still to be adopted Low Carbon Development Strategy. By approving G$20.8 billion for this project, Guyana is bound to be dependent on fossil fuels to 2049. “These need careful examination. Article 13 notes too, the several areas of the Budget for which billions of dollars are being appropriated with the barest of information. For example, there is G$22 billion for “payment of retention and completion, construction and rehabilitation of roads” which does not detail the network of roads being undertaken. Similarly, there are areas of non-capital allocations made into the capital budgets, such as media campaigns, cash provisions for “humanitarian and other activities” which are not clarified. These need careful examination.”

Sun Feb 13 , 2022
Support Village Voice News With a Donation of Your Choice. A Sophia, Greater Georgetown man was early Saturday morning stabbed to death by a Venezuelan woman in the North West District. Details of the incident are sketchy, but Village Voice News was able to ascertain the man’s name as Marlon Watson. The suspect is in her early twenties Advertisement Support […] 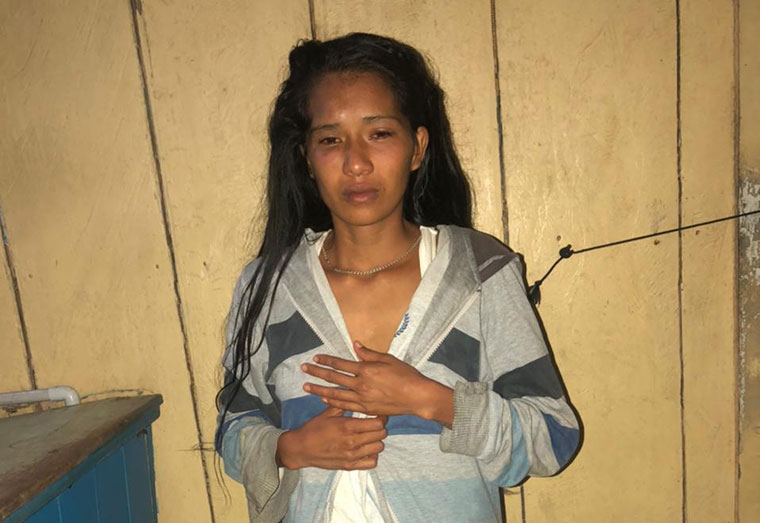