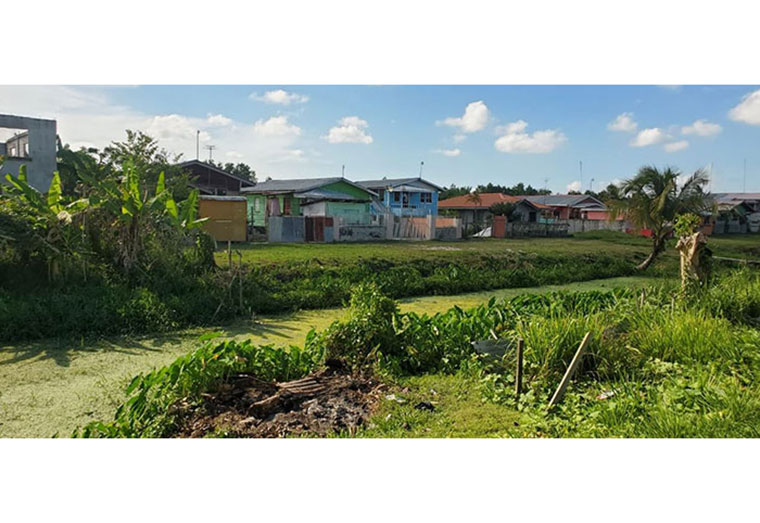 Some 20 residents, who were squatting along Block ‘X’ Plantation Herstelling (Cane View) were relocated to Farm and Herstelling Housing Schemes, East Bank Demerara, paving the way for the construction of the Eccles to Diamond four-lane road.

Minister of Housing and Water, Collin Croal, M.P, made this announcement on Friday, during his presentation on day five of the national budget debates during the 41st sitting of the 12th Parliament. He reported that the housing ministry’s Central Housing and Planning Authority (CH&PA), after extensive consultations with 35 households, allocated house lots to the residents at no cost to them.

Minister Croal said each property owned by the residents was valued by the valuation department of the Ministry of Finance. This reflected the current market value of each property. So far, 21 households have been fully compensated, 20 house lots have been allocated-15 at Herstelling and five at Farm village.

“Each household will receive financial compensation in full based on that valuation. These citizens are expected to relocate within three months of receiving their compensation and as at February 1st, 13 of the allottees began construction of their new homes… We will very soon issue them with their land titles,” Minister Croal said.

The issue was raised by opposition’s Nima Flue-Bess during her presentation on Tuesday, when she called for government’s ‘urgent attention’ in several communities particularly, the Cane View squatter settlement. Minister Croal said he was baffled as to why the MP would make this call since she is a resident of that area, and as the Opposition’s geographical representative, should be more au fait with what is happening there.

He reminded the house that Cane View is a rural informal settlement situated on a portion of reserved land. The settlement is bounded by the Guysuco canal to the west and a drainage trench to the east. There is no physical infrastructure, electricity or water distribution network in the area, and the portion of land that residents occupy is a reserve, which has to be absorbed in the construction of the Eccles to Great Diamond four-lane highway.

Today, the residents have been resettled in a more cohesive, sustainable and safe community, equipped with access to basic amenities including electricity and water. They will experience an improved quality of life as proud owners of their own homes.

Last year Village Voice News had visited residents of Cane View many of whom had expressed some skepticism about their relocation. Melissa Carl, one resident had told Village Voice News in an interview that the squatting area is the home to approximately 35 households and well over 100 residents. However, in early September, 2021 the Central Housing and Planning Authority (CH&PA) signaled its intention to have the squatters relocated in an effort to facilitate the Eccles to Great Diamond four-lane highway. As part of its resettlement and relocation plan, CH&PA said it will provide the squatters with house lots, and aid in the rebuilding of structures based on valuations done.
But Carl had told Village Voice News that residents were not in favour of relocation and will resist any attempt to remove them from Cane View. Two areas for relocation have been identified, one of which is located in Herstelling, but Carl had said it is nothing but a “swamp.”
“I am not satisfied, and I am not going anywhere. I am not leaving my house to go and live in no swamp…I am not going to settle for that,” said the mother of two, who has been living in Cane View for approximately 17 years. Carl had said too that after years of living in Cane View, she transformed her small wooden house into a concrete single flat home valued approximately $22M.

Another resident, Roxanne Allen, said it was desperation that caused her to settle in Cane View some 25 years ago. “I was living with my mother, she had 10 children and we were living in a small one-bedroom house, and so I was desperately in need of a place, so that’s how we started squatting over here. I had one child, a daughter, at the time,” Allen explained. Allen is reportedly the second person to have squatted in the area. Back then, persons occupied small makeshift houses, however, over the years, persons rebuilt wooden and concrete houses – some two storeys. “I want to stay right here because I get a set of cows, that I normally depend on,” Allen told Village Voice News.

APNU+AFC Member of Parliament, Nima Flue-Bess had also told Village Voice News that the Government should find an alternative route for the road, and not disrupt the lives of the residents of Cane View. “I think the Government should find an alternative and allow these residents to continue living here, and continue the regularisation of the area,” MP Flue-Bess said while noting that for approximately 30 years, residents have invested millions of dollars to develop the land.

She posited that there is enough space behind the squatting settlement to facilitate the road project. “Why is it that the road cannot be placed at an alternative location that will not disrupt the lives of these people? And I want to understand too, are you telling me too that a road is going to take up the entire field? These persons would have already taken into consideration the guidance provided by the Ministry of Housing for them to leave space for road,” the APNU+AFC MP said. But Minister Croal said that the area upon which the squatters are currently occupying is government’s reserve. “When we do planning and we do layout in housing areas, there are always reserves identified for future expansion and development,” he said while noting that the Eccles to Great Diamond Four-lane Highway is an important developmental project.

Sun Feb 6 , 2022
Support Village Voice News With a Donation of Your Choice. The Caribbean Development Bank (CDB) is projecting gross domestic product (GDP) growth of 9.1% across its 19 Borrowing Member Countries (BMCs) in 2022, accelerating the region’s economic recovery which started in 2021. The favourable outlook is anchored by an expected surge in the GDP of commodity-exporting economies by an estimated […] 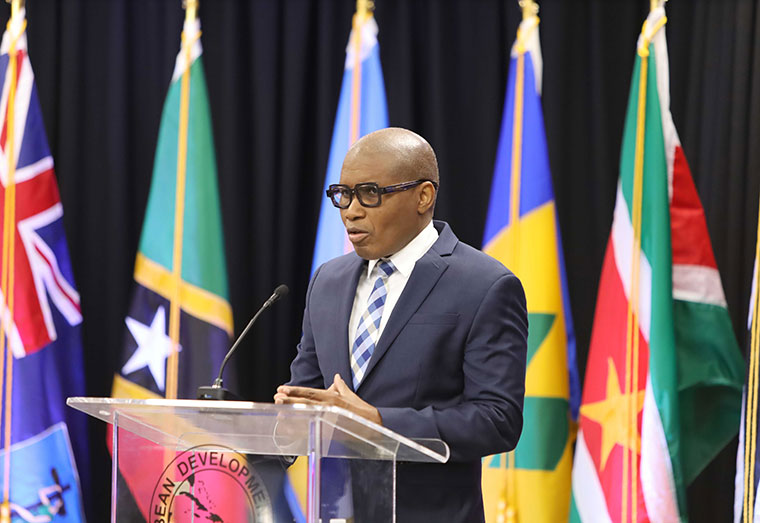