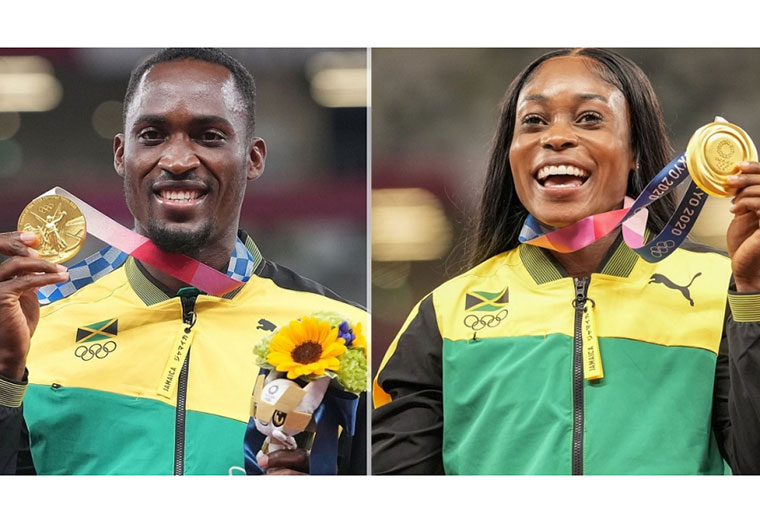 Sports Max – Sprinter Elaine Thompson-Herah and sprint hurdler, Hansle Parchment, were named Jamaica’s National Sportsman and Sportswoman of the Year for 2021, at the RJRGleaner Sports Foundation National Sportsman and Sportswoman of the Year awards ceremony held on Friday night.
The event was held virtually due to the COVID-19 pandemic.
Thompson-Herah had a phenomenal 2021 season, which included her winning the 100m at the Diamond League final in Zurich and running 10.54 at the Eugene Diamond League to become the fastest woman alive and second fastest woman of all time.
Her greatest achievement in 2021, however, would have to be when she became the first woman in history to win the sprint double at consecutive Olympic Games.

Backing up her exploits from Rio in 2016, Thompson-Herah produced times of 10.61 and 21.53 to win gold medals in both the 100m and 200m at the Tokyo Olympics, in addition to being a part of Jamaica’s 4x100m relay team, alongside Briana Williams, Shelly-Ann Fraser-Pryce, who finished as runner-up for the Sportswoman of the Year award, and Shericka Jackson, that won the gold medal in a national record 41.02.
Parchment shocked the world to win gold in the Men’s 110m Hurdles in Tokyo, nine years after his bronze medal performance at the London Olympics.
He ran 13.04 to win gold in Tokyo ahead of prohibitive favourite Grant Holloway of the USA.
The past student of Morant Bay High and Kingston College was also third at the Diamond League final in Zurich.

His teammate Ronald Levy, who was the runner-up for the Sportsman of the Year Award, took home the bronze medal in Tokyo.
Other major awards given out on the day include the Chairman’s Award to veteran journalist Lance Whittaker; the People’s Choice “Performance of the Year Award” to Fraser McConnell; the VM Group Y.O.U.T.H Award to sprinter Tina Clayton and the Gleaner Newspaper Iconic Award to Michael Holding.

Sun Jan 23 , 2022
Support Village Voice News With a Donation of Your Choice. Sports Max – West Indies T20 star Chris Gayle has made himself unavailable for the upcoming season of the Indian Premier League, which could signal an end to his time at the tournament. The 42-year-old has played in the world’s premier T20 tournament for the past 13 seasons, where he […] 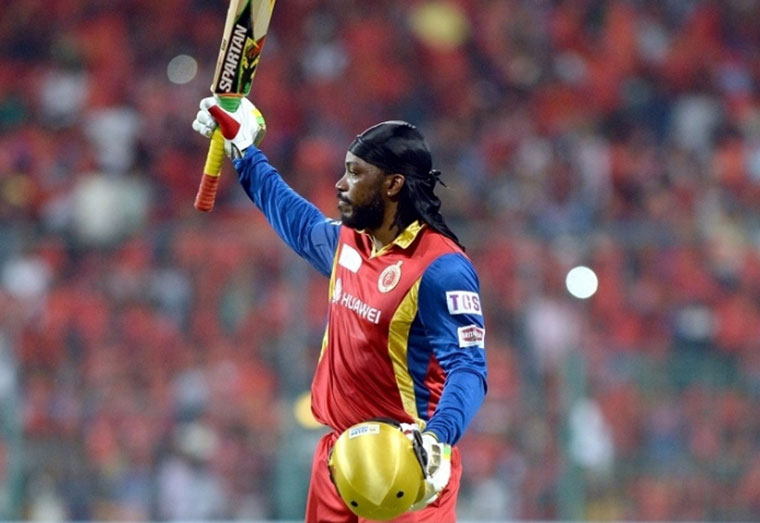