I have arrived at a place of deep disappointment.  I waited for, and hoped that, some decency would take hold, and that I would be spared the pain of having to take matters to another level, a place where I didn’t want to go.  One that required a sharper, heavier mailed fist.  I take aim at former President David Arthur Granger, and his possible role in this unending disturbing Leader of the Opposition fiasco.

Again, I go back to the beginning.  I was comfortable in saying publicly in 2015 that I, who had never voted in my life, was going to cast my vote for Mr. Granger.  I did; me an Indian man, and one willing to accept the label of race traitor for who and what I believed was the better option for Guyana.  I thought I sensed a man of honour and standing, peerless in both regards. It looks as though I am going to have to eat crow now, the eternity of six years later, and in the throes of this grinding Opposition Leader standoff.  Despite being slightly on the inside of government’s workings, and armed with some misgivings, I voted again for Mr. Granger in 2020.  Notwithstanding what I considered some leadership failures-distance, slowness in reacting to troubling circumstances involving comrades, and too much of a general hands-off approach-I voted as before in the last elections.  Now there is what can only be termed this naked trauma that wrenches party and wider country (that, too) as to who should be the Leader of the Opposition, and when such person should be in place to implement vision and program.  There is the strong sense of a huge letdown.

At this point, I venture to address what is the state with this most crucial of check and balance position, and where things are.  Presently, there is no need for any kind of great analysis.  I do say that this paralysis, though, is crippling, embarrassing, and furnishes ripe fodder for foes to the well-being of this country.  They are Guyanese, not foreign.  I have heard about the List and who is the Representative of the List, and with whom the decision rests to bring this tiring and dispiriting situation to the swiftest conclusion.  There is also this provision for a two-thirds vote that closes out the issue, one way or another; from all indications, there is mainly one way that it would close, which is in Mr. Aubrey Norton’s favor.  It is why I urge the former President and Leader not to let matters degrade to this undesired terminal.  It is better to be statesmanlike about this leadership issue, identify Mr. Norton, and move on.  Everybody gets to move on to whatever is ahead.

For this to continue so long, so publicly, and so disturbingly sends all the wrong messages about the group.  It hobbles the man waiting in the wings to take the reins.  It gets him off to a bad start, with the weight of this indecision and controlling vision sure to hamper him, though he is passive in this interlude.  As I consider this, I think I made a mistake, and I am ready to admit this openly.  The fault line is not with the current Leader of the Opposition.  It is with the former President, the Representative of the List, and the spearhead of whatever else that I don’t know of at this time.  It is none other than Mr. David Granger.

This is not to his advantage.  It is not the kind of legacy or memory that he should wish to leave behind.  For there is the risk that he could be forgotten for the positive things initiated and delivered, and remembered primarily for this delay, this insistence on long distance control.  As I reflect on these developments in the Opposition, I cannot help but to compare what Mr. Granger is up to, with what unfolded in the PPP camp pursuant to the machinations of Guyana’s standing Vice President of today.  It is believed that Mr. Joseph Harmon is along for the ride, due to the controlling visions and machinations of Mr. Granger, the man behind the throne.  As all Guyana know by now, there is that parallel in the PPPC Government, where the incumbent head of state is just that a head without a state over which he could say that he is the real governor.  He is more of a Governor General, with the trappings of ceremony and speechifying, and nothing of substance.  The real power, the only power, is Guyana’s Vice President.

This is precisely what is mirrored in this stop and start, talk and balk, involving the current Leader of the Opposition and the headman, Mr. Granger.  There is this game being played before a fascinated (and repelled) Guyana, with substantive leaders, as voted for by the people, being marginalized and made into mocking stocks.  Something is wrong with this picture, this reality.  And because it has Mr. Granger’s fingerprints all over it, it is a source of severe pain for me, given the fact that I didn’t think him capable of such subterfuges and these drawn-out manipulations.  I expected better.  But have to live with yet another misreading of people and circumstances in Guyana.

There is a harsh lesson in all of this, regardless of whether it involves the government side or the opposition side.  There is this holding on, and when that flies in the face of what should be, there are these slick side arrangements that pretend at one thing in public, while the reality behind the scenes is a different creature, an unrecognizable and unwanted one.  As I ponder all of this, I think I an drawing closer to getting a better understanding of why this society is always so embroiled in dispute and disrepute, and rarely that which is bruited about so smoothly and comfortably.  Last, I see why some Guyanese of great profoundness will have absolutely nothing to do with politics and political people.

Sun Jan 23 , 2022
Support Village Voice News With a Donation of Your Choice. By Svetlana Marshall Samuel Haynes, the Queen’s College scholar who has been adjudged the Region’s top Caribbean Advanced Proficiency Examination (CAPE) Student for 2021 having secured 9 Grade Ones, is hoping to one day become an exceptional orthodontist or oral and maxillofacial surgeon. “I plan to pursue a Doctor of […] 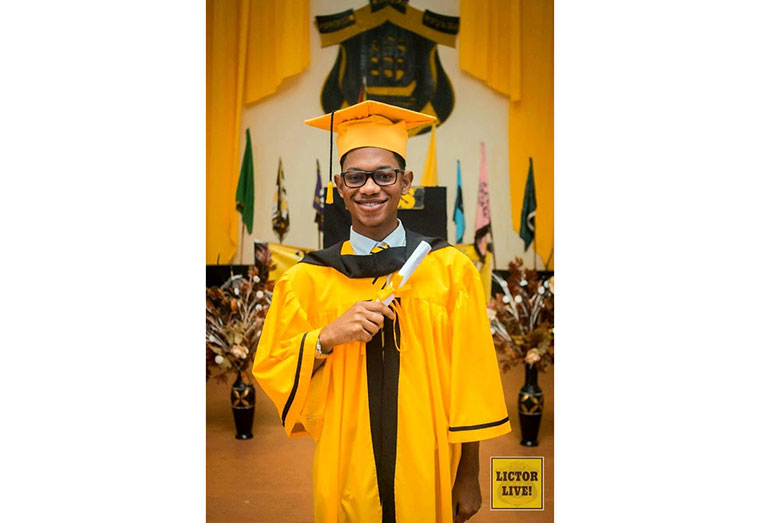