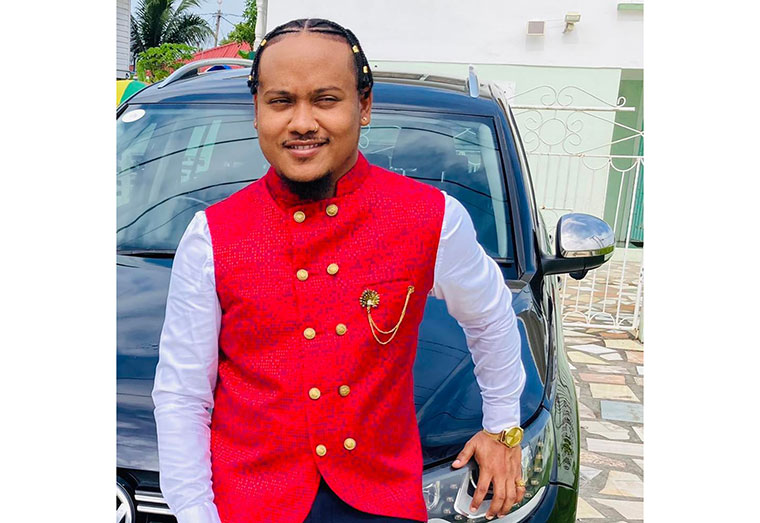 With the aim of spreading Christmas cheers, Mark Junior Murray and his team at On-air Media Consultancy have presented over 300 less fortunate children with toys and goodies.

Over the past weeks, children living in squatting areas in Georgetown, Berbice and Linden have benefited from the toy drive carried out by Murray and his team.

According to Murray, the drive was initially targeting only 200 children but due to the overwhelming amount of support it got, over 300 children were able to be beneficiaries.

Murray related that persons donated both toys and cash. He also indicated that the initiative even got support from the First Lady of Guyana who contributed 100 goodie bags.

“I wanted to do a drive this year because this is our second year in a pandemic and I know people, especially poor families, would be making a decision on whether to put food on the table or get toys for the children,” he stated.

Scenes from the three toy drives

Murray went on to say, “I remember growing up as a child what it felt like not to have a present on Christmas morning. So we (Murray and his team) basically tried to put a smile on a child’s face during this holiday.”

The young man expressed that executing the initiative felt right.

“Our toy drives were amazing because the support was overwhelming and just seeing those children excited over those toys and snacks felt good, it felt right,” he related.

The Chief Executive Officer indicated that On-air Media Consultancy will be executing another toy drive next year which is anticipated to touch the lives of even more children.

During this time of spreading holiday cheers, Murray is encouraging persons to love and appreciate each other.

He said, “Do not forget the reason for the season and that is about sharing and giving and appreciating each other so let us just share that love. If you have more than you usually have, why no share it with someone who does not have around this time?”

He is also encouraging persons to be safe and remember the COVID-19 guidelines during this period of celebration.

“We are still in a pandemic and I would love for persons to really take it serious and continue to follow all COVID-19 guidelines and that would be a gift of life around this time,” he posited.

The young man who was born in Linden but grew up in Georgetown is the holder of a Diploma and Bachelor’s Degree in Communication Studies from the University of Guyana.

Murray has worked at media entities such as Channels 2, 7 and 11, Newsroom, and E-network. He also worked with ANSA McAl and the Ministry of Foreign Affairs.

Due to his many years in the media and expressed love for the sector, Murray was encouraged by friends to start his own media agency. This saw the birth of On-air Media Consultancy in September 2021.

Victoria farmers to get some relief

Sat Dec 25 , 2021
Support Village Voice News With a Donation of Your Choice. —govt promises to fix roads, drainage canals after complaints Farmers from Victoria Village, a farming community located on the East Coast of Demerara, will soon benefit from much needed drainage works following years of neglect and underdevelopment, the Ministry of Agriculture has said. Twenty-three of those years the PPP/C government […]