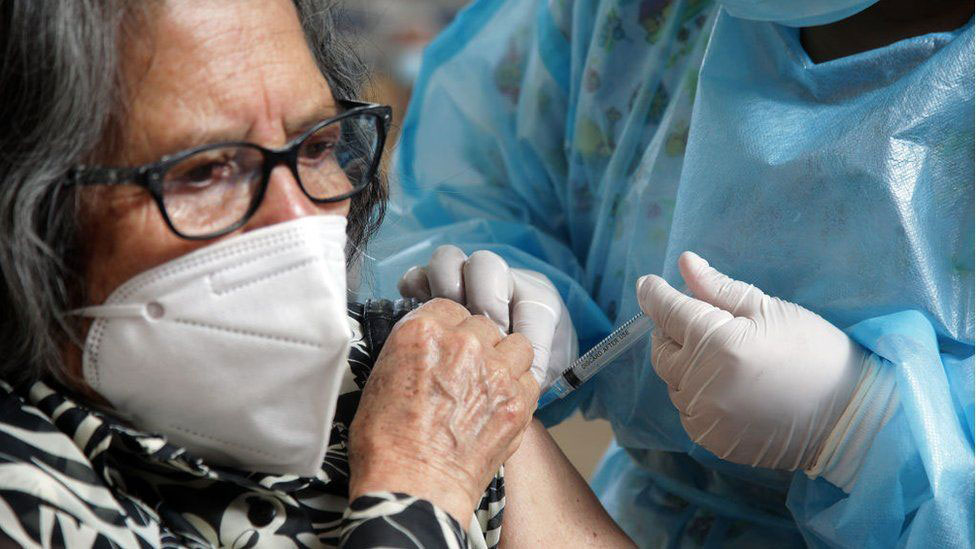 (BBC NEWS) Ecuador has announced that the Covid-19 vaccine will be mandatory for most citizens, saying the measure is needed because of a rise in infections and the spread of variants such as Omicron.

The health ministry said there were enough doses to “immunise the entire population”. Those with a medical justification will be exempt.

All others aged five or over must be vaccinated.

To date, 77.2% of the eligible population has been given two doses.

And more than 900,000 people have received a booster shot.

The ministry said vaccines were a “shield of protection” against the virus, helping to prevent serious illness, hospitalisations and deaths.

The decision, it added, was based in the country’s constitution, in which the right to health must be guaranteed by the state.

Austria and Germany are among other countries planning a similar move.

Ecuador has already adopted vaccination certificates, which are required in public places such as restaurants, cinemas, theatres and shopping centres.

It has also imposed measures on travellers to try to curb the spread of Omicron, which appears to be more contagious but milder than other variants of the virus.

Since the start of the pandemic, the country has confirmed 33,600 Covid-related deaths.

Sat Dec 25 , 2021
Support Village Voice News With a Donation of Your Choice. As we come to the end of the year, we look back on the last twelve months with much frustration and angst–understandably so. Out of the tragedy of the 2020 election has come a rampant dictatorship primed to bulldoze its way to total domination. As with all dictatorship there is […]