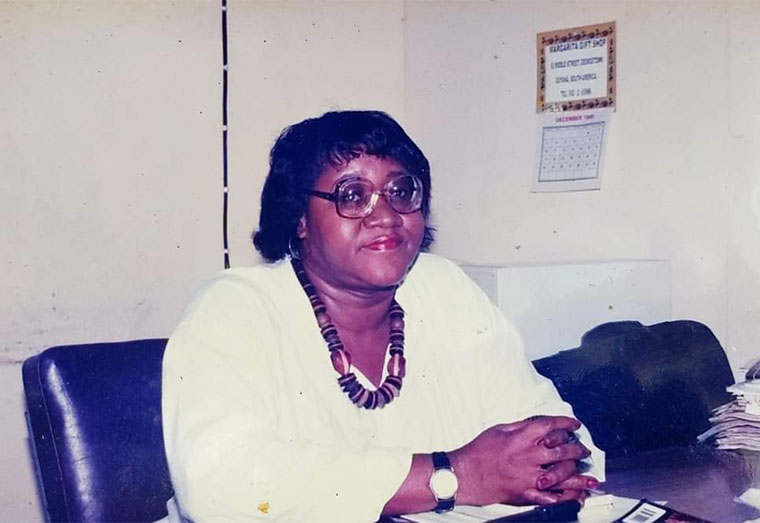 Former Editor of the Guyana Chronicle, Claudette Earle has died, her son, Johann Earle has confirmed.
Her son said his mother introduced him to Beethoven, Bach, Mozart, Rachmaninoff, Strauss, Liszt, James Last and so many others, at an early age. “She gave me the gift of a love for music for which I’m forever grateful,” Johann wrote on his facebook page.
In offering her condolences, Srabroek News writer, Miranda La Rose said: “I am so, so sorry Johann. My heartfelt condolences to you and your family. Ms Earle was my first mentor in feature writing. I’m still doing features. I’m sad.”
Veteran Journalist, Enrico Woolford said Ms Earle was a beautiful soul. “Deepest sympathy to you and the rest of the family. Beautiful soul, good journalist.”

In a statement the Guyana Press Association extended condolences to family and friends of Claudette Earle.
Claudette Earle retired from the Guyana Chronicle in 2005, where she was Editor, after serving at the newspaper for decades.

“Ms Earle started her career at Guiana Graphic, her son, Johann told us on Tuesday. She was the Sunday editor, edited the women’s page and the Sunday Magazine,” the GPA said.

Described as fiercely independent, Claudette was a lover of books and believed in women’s equality, Johann said as he pointed out that she promoted stories on women entrepreneurship, farming and leadership.

Claudette Earle would be remembered for her passion in journalism, her advocacy for journalism training and guidance to her younger colleagues.