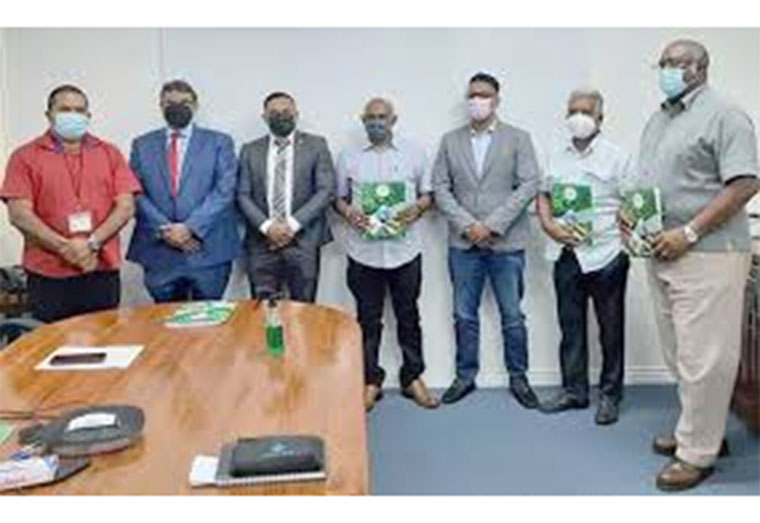 The Alliance For Change says it finds it abominable that the Irfaan Ali regime continues to violate the hallowed principle of Free Prior and Informed Consent (FPIC) that the world recognises as one of the strong pillars of good governance.
The party made the comments in relation to government’s decision to sign away mining lands to a Canadian company without consulting with residents of Marudi Mountain. “Over a month after “permission” was ostensibly given for mining to resume at Marudi Mountain, Rupununi, neither the Office of the President, Ministry of Natural Resources, nor the GGMC, have seen it fit to share the obviously secret document and to revisit the arrangement that is obviously in violation of the FPIC conditionalities. ,” AFC said in a statement on Monday.

It said that the manner in which this agreement was entered into is in stark contrast to the inclusionary way in which the APNU+AFC approached the thorny issue while in office. Then, mediation was chosen as the best method to resolve the issues of all stakeholders – foremost among which were the South Rupununi communities that would have been directly affected, the AFC said.
The party said Major General (Ret’d) Joseph Singh, was deemed the most suitable person to lead the mediation process and did an excellent job of reconciling the differences and allowing the stakeholders to frame their own agreement.  In November 2021, a few, reminiscent of the actions of policy makers from a century ago, have decided what is “best” for the Indigenous people of Region 9 without even a hint of consultation with them. This is an absurdity in modern day Guyana!

“President Ali is reminded of the words he spoke in an address to the Parliament of Guyana not so long ago on February 11, 2021 where, and when, he said that “the essential character of my Government’s vision is “inclusion” and went on to speak glowingly about Free Prior Informed Consent (FPIC) being a principle that will be “strictly observed”. It would appear that those words were meant as mere ‘sugar coating’ for a television audience.”
The AFC said unfortunately, the attitude of the PPP/C to the Marudi issue is an indication of a wider and more serious disregard for Indigenous people, and their issues, and does not auger well for the observance of FPIC as development, in pursuit of political gain, is being pursued in an accelerated way. The people of Guyana, and particularly, Indigenous people have to take note.

Mon Dec 20 , 2021
Support Village Voice News With a Donation of Your Choice. …vows to return PNCR to the grassroots By Svetlana Marshall Aubrey Norton – the newly elected Leader of the People’s National Congress Reform (PNCR) – vowed to return the party to the grassroots, while tackling head on issues of national interest such as the need for a clean Voters’ List, […]