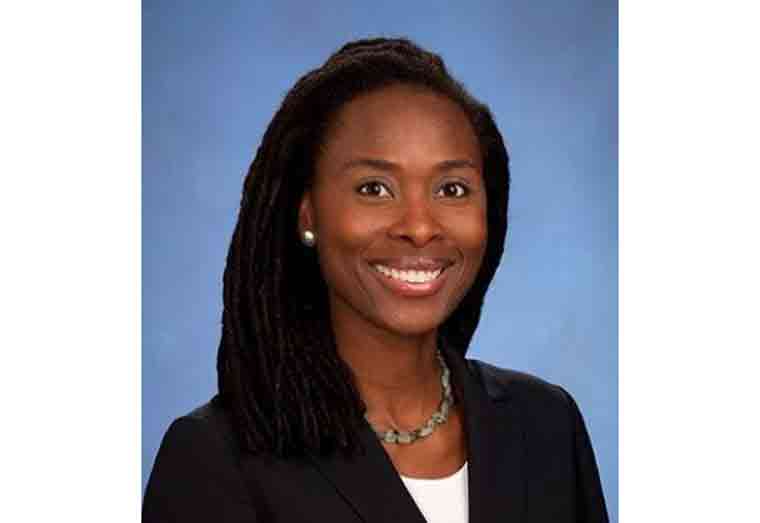 “Investing in the arc of a Black woman’s life.”

Asahi Pompey graces the cover of the online prestigious Glamour magazine and appears on United States (U.S) media programmes, sharing stories of her life and work with such charm and fluency, you’re bound to swell with pride to know she is Guyana’s daughter. She is presently the Global Head of Corporate Engagement at Goldman Sachs and President of Goldman Sachs Foundation.
Glamour magazine referred to her as a “badass” and “the Gladiator We Should All Get to Know.” The Goldman Sachs Group Inc., which has a revenue base of US$ 44.6 billion and assets under management of US$ 2.1 trillion, is an American multinational investment bank and financial services company headquartered in New York City.

Now a proud mother of two boys Asahi, her family migrated to the U.S when she was of elementary school age. Her family lived for some time in the Projects (public housing) in New York. The initial socioeconomic circumstances which the family found itself did not constrain Asahi’s brilliance, academic pursuits, and ascendancy in corporate America.
Asahi graduated from the Ivy League Columbia Law school, New York and held positions such as U.S Counsel at The Economist and Senior Corporate Counsel at Pfizer. But according to her, she was “thrilled” when the opportunity arose to work at Goldman Sachs. She started off working as the Director of Compliance Training for Goldman Sachs Asset Management and Private Wealth Management.

According to Glamour magazine, Asahi said she is not driven by being the exception, she wants to create a space and imagine a world where all these phenomenal young Black girls get a chance to live their fullest potential. She proudly announced she is “investing in the arc of a Black woman’s life.” Goldman Sachs and Pompey are moving to effectively address the racial wealth gap. They are investing US$10 billion to focus exclusively on Black women with the goal of impacting the lives of at least one million by 2030.

As a woman of colour, operating in what is traditionally a man’s world and managing a multi-billion revenue base, she dished out several pieces of advice to the sisterhood. To young women, she shared the wisdom of building strong internal client relationships, navigating what is important to the client and most important to the firm/business, because this is key to success.
Asahi also cautioned there is no substitution for excellence. According to her, you have to be an expert at what you do in order to set you apart. And in seeking to set yourself apart from others it is important to set priorities. In her professional opinion, moving up the ladder does not mean having all the answers, but recognising the importance to also ask questions that probe for risk or identify gaps. To Asahi it is a huge value-add to be a thoughtful voice.
Asahi Pompey is another Black Guyanese role model.
Source- internet

Sun Dec 5 , 2021
Support Village Voice News With a Donation of Your Choice. It is pure stupidness passing for governance, a consequence of putting authority in the hands of those who are lawless, selfish, irresponsible, reckless, incompetent and unmindful of people’s concerns. This government doesn’t care what the people say. They have managed to enlist some media houses, hired pens and international public […]