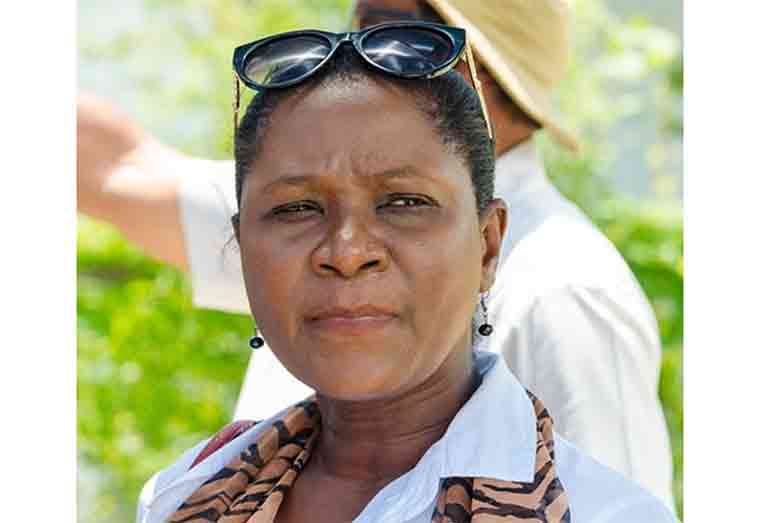 
I am aghast that the Guyana Police Force would issue a ‘Wanted Bulletin’ for Rickford Burke for committing offences of Sedition and inciting racial hostilities in Guyana. The Wanted Bulletin indicated that ‘on Thursday night he appeared on a Facebook live programme with AFC Parliamentarian, Sherod Duncan, where he reportedly made a number of seditious remarks about the governing People’s Progressive Party Civic’.
I have been working in the field of communications for over 20 years, and at very senior levels, and I have been monitoring and evaluating media reports, television, and social media programmes for a long time. Over the past year, I have been independently monitoring these programmes for my own analysis as an activist and consultant, as well as, to monitor the mood in the society. Whenever, I notice a possible violation or something out of place, I would either contact the media agency directly, or the organisation or host, for e.g., host of social media programmes and inform them of my observations.
I view Sherod Duncan’s programme very often, and whenever I observe something out of order, I would communicate same to his organisation. I viewed the programme in question, on Thursday December 2, 2021, and there was nothing that Rickford Burke said that was either ‘seditious’ or incited racial hostility. As a matter of fact, my reaction was ‘thank you Rickford, for having the courage to fight against the excesses of the government, for black and poor people in Guyana.

Editor, I see myself in Rickford Burke. What Rickford is doing for the public servants is what I did for the sugar workers. Let me explain, this is not about sedition or inciting racial hostility, it is standing up against excesses of government and outright racism. We saw similar excesses by the APNU+AFC government and now we are seeing it in its worst possible form by this PPP/C government. When I was working with the Guyana Sugar Corporation Inc. (GuySuCo) and the sugar workers were being laid off, there were acts of excesses by the then government, and the sugar workers needed someone to fight and stand up for them, and I did! It was hard and difficult because I was working with GuySuCo, and I was fighting against my employer and the government, but my humanity was more important than need for a job.

Editor, do you know how many things I did to fight for the sugar workers? Every time the Chief Executive called me at 6:00 am in the morning, I knew that he was in trouble, and I was in trouble. Do you know how much trouble I got into and got the Chief Executives into? Many days I was parked at the side of the road on the East Coast of Demerara, not wanting to go into the office while my other colleagues were mitigating on my behalf from inside. I was like the shield for the sugar workers. My colleagues did not always agree with my methods, but they understood what I was doing and stood by my side. I was also fortunate that President Granger and the former Minister of Agriculture, Noel Holder are in touch with their humanity, like me. So, when people write about where I was when the sugar workers were being laid off, let me answer, I was fighting for them!

The PPP/C government has to stop being hypocritical by using the APNU+AFC re-organising of the sugar industry as justification for the excesses and downright racism against Afro-Guyanese and public servants; it is not justified and ‘we need to stop speaking in whispers. President Irfaan Ali, lives in a GuySuCo property, did he pay market price for it? The former Prime Minister Samuel Hinds, lives in a GuySuCo property, did he pay market price for it? Many of the now elites in the private sector wealth was built from GuySuCo lands, properties, and other state properties, did they pay market prices for them? So, while the rich got richer and the poor leaders got rich from GuySuCo’s wealth, the sugar workers are really the poor ones. The sugar workers get hit by the ‘train’ going both ways – by the PPP/C government ‘train’ going one way and the APNU+AFC government ‘train’ going the other way and now they are getting hit again by the PPP/C ‘train’ going in the other direction. At some point it must be about the people – the sugar workers, and not mere politics.

So, the PPP/C government cannot stop Rickford Burke from doing for the public servants, Afro-Guyanese and poor Guyanese, the very same thing I did for the sugar workers during the re-organisation of the sugar industry, speaking up, standing up for them! Rickford Burke is right, if the standard by which our governments operate is by way of revenge politics and the tit-for-tat approach, Guyana and the Guyanese people will spend the next 55 years, as a possible rich underdeveloped country.

An international organisation in an annual regional report in the early 2000’s reported that one of the reasons why the Caribbean countries and by extension the region, had made such economic progress in the late 1980’s and 1990’s, was due to the high level of stability in the region, for e.g., the absence of civil wars in the region. The current direction this government is leading Guyana, will not only increase instability in Guyana but in the region because of Guyana’s oil wealth and its significance to regional governance and development.

Now for some specifics, I spoke up for the sugar workers but today Rickford Burke is speaking up for me and other former public servants, current public servants, Afro-Guyanese and poor Guyanese. I have invested over $18M Guyana dollars on my post-graduate education (from loans, scholarships, bursaries and personal funds), thinking that the more qualified, experienced and hardworking I am, it is the more opportunities I will have in the country of my birth; and after investments of $18M in my postgraduate education, after over 20 years of experience, paying my taxes, being honest, after spending years as being a part of the solution to Guyana’s growth and development, I am now reduced to being called a political appointee. Our professionalism and our inability to become corrupt, is now called obstructionism.

When the sugar workers got laid off, they could have gotten jobs anywhere. We at GuySuCo, developed a programme that was led by me, to find alternative employment for them in the public, private and civil society sectors. Even the former Minister of Agriculture, Noel Holder was exploring alternative livelihood opportunities for them. Many groups came to the assistance of the sugar workers when their services were being terminated – the private sector, the then opposition now government, the unions, the banks, etc.

This government has not only terminated the services of public servants but now many of them are not getting jobs because the government has destroyed their reputation with the way in which many of them were terminated and the criminalizing of many of these persons. I recently spoke with some of these former public servants who cannot get jobs, many of them are frustrated, it is not merely about earning an income but also about being provided with an opportunity to contribute towards the development of one’s country and community. We are also in the middle of a pandemic.

Editor, can you imagine, the next government deciding to do worst that what this government is doing to the supporters of the former government? We must no longer remain quiet, we must no longer speak in whispers, we must tell this government that what they are doing is excessive and wrong; we must stand up and speak up! I told the APNU+AFC government when they were doing wrong, that it was wrong, and I stood up. My GuySuCo family and many others had my back and Rickford, we have your back, your Guyanese family have your back! Thank you for standing up and speaking up for me and for us!
I call on the Guyana Police Force to immediately withdraw the ‘Wanted Bulletin’, it is an abuse of the state powers!

Sun Dec 5 , 2021
Support Village Voice News With a Donation of Your Choice. (CRICINFO) Eileen Ash, who was the oldest living Test cricketer, has died at the age of 110 with the ECB paying tribute to “a remarkable woman who led an extraordinary life”. Ash, née Whelan, made her Test debut for England against Australia in 1937 and played seven Tests in total, […]