In a distant, dusty place, the quiet of the night was shattered by a sound, then more sounds.  Then nothing.  Not then, not now.

What is happening in places faraway and near that men and women tremble for fear of speaking?  Where faces are a study in public blandness, but privately one of wretched anguish?  In this tale of two countries-where the spaces are so vast, with one overflowing with gleefulness, with the next wrenched with every kind of grave misgiving, with many thoughts of untold horrors-why is this so?  What could be the problem, the source of it, or them, if many more than one?

Sweet comforting reassurances cascade: everything is alright, there is no need to worry, to be doubtful.  Look at all that is happening, with a flourish, and in the swiftest surest rush.  All are included, none will be left out.  Let there be trust, understanding, acceptance.  There is, and it overwhelms everything else.  Well, almost everything, but not everyone.  There are those who are troubled in the spirit and agitated to their souls. In too many, there is still that gnawing something that we must not forget, that will not make us forget.  Remember that solitary sound that pierced the still of the night apart?

Well, it is not going away.  It is going somewhere in the ether of blankness where some desire it to take up eternal residence.  Except that it won’t.  It nags and gnaws, stirs and troubles.  Oh, but only those who care about these things, have the honesty to look at God in the eye and say: what is going on here?  Why is this so, Master?  Now it takes a lot of courage to do something like that, but some actually do.  I do.  It may sound strange, but I urge others to try it sometime, it is catharsis for the soul, it flushes the intellect with truth, rinses the conscience towards wisdom.  The results are hearty and worth more than a lot of money.  It is called simple decency and human dignity, those silly little things that don’t matter anymore in this great society called Guyana.  In sum, that troublesome thorn in the flesh that plague some special few.  They put a name on it: integrity.

Do we still have that around here anymore?  There is the Office of the President.  It makes one wonder….  The same tearing and invading and tingling searching covers the whole body: the Guyana Police Force, the Director of Public Prosecutions’ Office, the Integrity Commission (bless the name and stone the crows), the independent media?  What about integrity and honor in civil society?  So why are our individual and collective consciences not screaming in tortured agony?

That sound in the now rapidly fading night will not let go, but shake like a wet, ragged dog.  Misery results.  Remember that sound?  It reaches with a ghostly finger and touches us.  For the true democracy minded in Guyana a chill bringing shivering is left in its wake.  The red dawn comes.  The echoes recede, save for one tinny sliver of sound.  It is a of a new widow.  The first sound, the one that rent the night apart was that of a man dying, then dead.  Gone just like that, in a flash.  Now there are only the sounds of silence reigning supremely.  It’s a lovely, truly unholy democracy, isn’t it?  By the way, that single nocturnal rupture and rapture, was the sound of a gun firing.  And the place goes by the Moors of Dartmouth.  Breathe, Guyana, breathe.  And then think.  Oh, just in case some Guyanese are interested, the man had a name when he was alive.  It was Orin Boston.  And the place goes by the Moors of Dartmouth.

Guyanese to win big with GTT this Christmas

Fri Nov 19 , 2021
Support Village Voice News With a Donation of Your Choice. … $30M up for grabs  In celebration of Christmas, telecommunications giant – GTT – will be giving Guyanese an opportunity to win $30M from now until January 8, 2022. GTT’s Chief Operations Officer (COO) for Home and Fixed Unit, Eshwar Thakurdin, made the announcement on Friday during the launch of […] 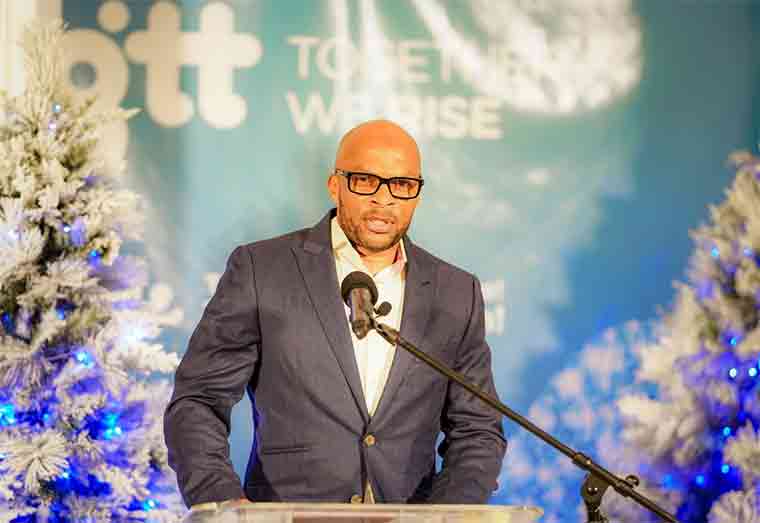