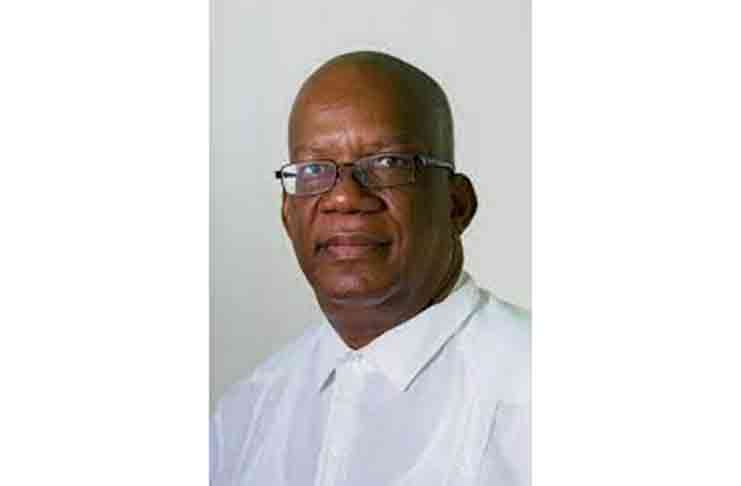 Former Finance Minister, Winston Jordan said Guyana’s public debt can quickly rise to $5.3B from a low of $2.905B should the Government proceed with its plans to secure some US$1.5B in loans from China and the undrawn $0.9B from the Islamic Development Bank.

“It becomes even more stark when one considers: i the burgeoning overdraft of the Consolidated Fund; ii. borrowing from traditional sources, such as World Bank, IDB and CDB; and iii. new sources of borrowing, such as the Sovereign Wealth Funds of the United Arab Emirates and Kuwait,” Jordan said in a Letter to the Editor.

Jordan said the letter to the Chinese Ambassador, requesting the loan, was signed by a senior official of the Ministry of Finance and copied to the President, Vice President, the Senior Minister in the Office of the President with responsibility for Finance, among others. Such an act, he said, contravenes Section 58(1) of the Fiscal Management and Accountability Act 2003 (FMAA), which reposes in the Minister of Finance the sole authority to borrow on behalf of the Government of Guyana. “The act of borrowing is initiated by a letter to the lender and ends with the consummation of a loan agreement,” he posited

Noting that the loans are, ostensibly, being secured to fulfil manifesto promises, regardless of how implausible many of them appear to be, Jordan said repayment of the loans is premised on future oil receipts coming to the government. In this regard, he said it would instructive for the Government to learn from the experience of Ghana.

He posited that while one may assume that it makes sense to finance a project by borrowing at 2%, once the return on the Natural Resource Funds are greater than 2%, as it is, funds in the NRF are earning almost zero return due to Government’s failure to activate the Investment Committee, among the other Committees of the NRF.

Further, he refuted the claim that the US$1.5B loan can be secured at an interest rate of 2%. “This is highly unlikely. I say this based on previous attempts by a PPP/C government to secure funding from China for the Amaila Falls Hydropower Project (AFHP). A major sticking point during the negotiations was the interest rates on the two major loans that were to be provided by the two Chinese funding institutions. These interest rates were far in excess of 2%,” he reasoned.

While in Opposition, the People’s Progressive Party/Civic (PPP/C) had vowed to amendment the Natural Resource Fund Act, however, more than one year in office, no amendments have been made.

“One waits with bated breath to see the amendments that would free the legislation of this supposed malady. Equally, one awaits the setting up of the so-called autonomous body to govern the NRF in a country driven by ethnic strife and political partisanship,” the former Finance Minister said.

Jordan said further that Guyana’s NRFA was the product of extensive national and international consultations.

“It benefitted from Sovereign Wealth Funds (SWFs) such as Ghana, Chile, Norway and Trinidad and Tobago. Ultimately, its design was tailored to meet the peculiar needs of Guyana, taking into consideration the country’s stage of development. Hence, we eschewed any wholesale copying of the SWFs of other countries. It was expertly shepherded by two experienced professionals from the Commonwealth Secretariat: Dr Daniel Wilde and Ms Alache Fisho, a Ghanian national. I note the government has brought to the country a Ghanian contingent to review Local Content legislation and the NRF,” he detailed.

It was pointed out that Dr Vilas Gobin and Sonya Roopnauth were among key Ministry of Finance officials working closely with the experts.

It was noted that the legislation in the end met 23 of the 24 Santiago Principles (SPs), thus allowing Guyana to be admitted to the International Association of Sovereign Wealth Funds (IASWF), in 2019.

“In an effort to meet all of the SPs, the Coalition government drafted a Public Debt Management Law, which should have been passed in 2019, were it not for the No Confidence Motion (NCM). Such a law is vitally important, since it is recognised that a government may want to bypass the stringencies, transparency and accountability of the NRFA by engaging in indiscriminate borrowing while funds are accumulating in the NRF. While we await the enactment of this legislation, the present NRFA, at Section 34, precludes any arrangement or agreement that would encumber the current and future resources of the NRF. With the government borrowing like a drunken sailor, it seems that this section would be axed in the amendments contemplated,” Jordan said.

He said the A Partnership for National Unity + Alliance For Change (APNU+AFC) Government made strenuous efforts, in 2019, to activate the NRFA, after it was passed in January 2019.

Jordan noted further that at the time he left office, the Finance Ministry was in the process of identifying suitable candidates for the Investment and Macroeconomic Committees. “In that regard, we were on the verge of attracting a well-known Nobel Economics laureate to chair the Macroeconomic Committee, while Guyanese nationals at Stanford University and UCLA-Berkley were among persons being canvassed for other positions on the two Committees,” he said.

Tall man placed on bail for raping child under 16

Mon Nov 8 , 2021
Support Village Voice News With a Donation of Your Choice. An East Coast Demerara security guard was placed on $150,000 bail when he appeared at the Vigilance Magistrate’s Court to answer to the charge of rape. Forty-eight-old Glenroy McKenzie also known as Tall Man or Mac was accused of raping a child under the age of 16 contrary to Section […]