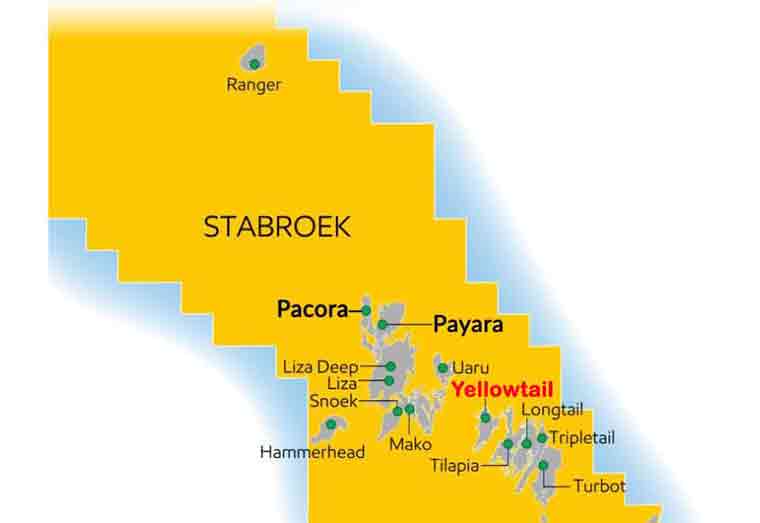 Esso Exploration and Production Guyana Limited (EEPGL), a subsidiary of ExxonMobil, has commenced public disclosure meetings for the Yellowtail Development Project — its largest expected volume for a single development with a projected 250,000 barrels of oil per day.

The Yellowtail Development Project is the fourth after Payara and is projected for 2025, pending government approvals and project sanctioning. EEPGL must seek and receive environmental authorisation through the Environmental Protection Agency (EPA) for the initial production phase which will last for at least 20 years.

Initially, Exxon did not announce that there would be virtual meetings and this was raised by persons including Dr. Jerry Jailall from the Oil and Gas Governance Network (OGGN) as a serious shortcoming.

Dr. Jailall said that not only should the meetings be held in every Region in Guyana but they should also be held virtually to ensure that every interested Guyanese has the chance to participate. Failing to do so, he said, would be a breach of the Environmental Protection Act.

The Yellowtail Project would be the largest project and estimated to produce 250,000 barrels per day. The bigger the project, the bigger are the potential environmental and operational risks and problems,” he put forward in a letter to the editor.

A recent update of the public disclosure meetings has now included a virtual session on November 11. Persons are also encouraged to visit the EPA’s website to read the EIA and EIS for the project or visit the office of their Regional Democratic Council (RDC) to peruse a copy.

Thus far, the EIA has noted that an average emissions during production is estimated to range from 1,110 to 1,395 kilotonnes of carbon dioxide-equivalents per year– an approximately 24 to 30 percent increase in Guyana’s estimated greenhouse gas emissions (GHG).

Meanwhile, GHG emissions per barrel of oil produced is expected to be comparable to the global average and much lower than the Latin American and Caribbean region average.

Regarding marine water quality, surface temperatures may increase slightly near the FPSO during drilling and the total suspended solids and chemical concentrations in the water column may increase temporarily—for up to 12 hours after drilling stops. However, EEPGL has defended that this is limited to the area around wells or vessels for a short period of time.

Also, seabirds may collide with vessels; there will be a 2 to 4 percent increase in marine traffic in Georgetown Harbour due to project vessel movement and there may be minor impacts on fish at the seafloor from temporary declines in water quality.

The Yellowtail area is located 19 miles (30 kilometers) southeast of the Liza developments. The development plan includes up to three drillships drilling up to 67 wells, an additional FPSO and more.

Sun Oct 31 , 2021
Support Village Voice News With a Donation of Your Choice. Samuel Hinds, Guyana’s Ambassador to the United States of America (USA), has flagged Gocool Boodoo as the ex-election official attempts to make a return to the Guyana Elections Commission (GECOM) as its Chief Elections Officer (CEO). Boodoo, who once served as Guyana’s Chief Elections Officer, is among the 20 applicants […]