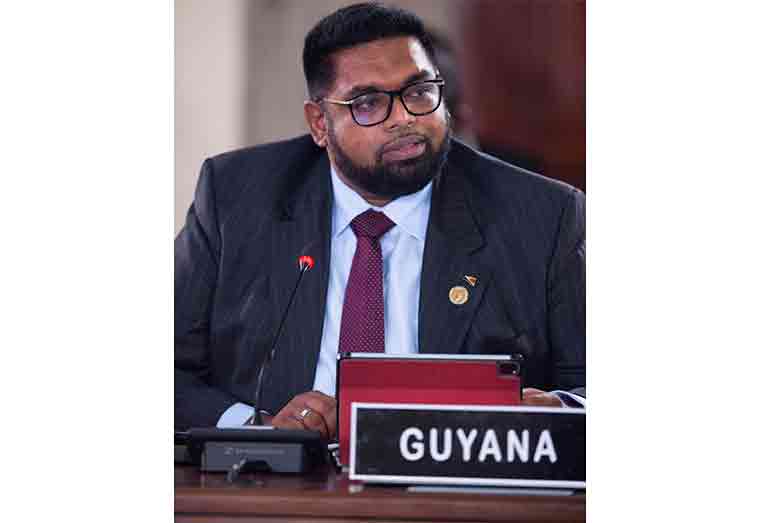 President Irfaan Ali today disclosed that a draft Electoral Reform Legislation would be circulated among all stakeholders come next week.

The Head of State made the disclosure during a virtual press conference earlier today. He said based on discussions with the Attorney General Anil Nandlall, a six-week timeline has been set for the review of the draft legislation.

Last December, President Ali had said that Electoral Reform should be people driven. Given the challenges that arose out of the 2020 General Elections, he said it was important to strengthen electoral system and include stronger penalties.

Earlier this year, the Attorney General said that the amendments to Guyana’s Elections Laws are necessary to correct the deficiencies within the Electoral System.

“They are all intended to tighten our legal process, to tighten the laws as well as to rectify all the deficiencies we have seen exploited… So, all the lacunas, all the gaps, all the ambiguities, all the areas that were cause for concerns and cast doubts in people’s minds, we are going to clarify all of that in the law. So, the law should be very clear,” the Attorney General had said.

The International Republican Institute (IRI) has been working with the Attorney General’s Chambers to aid the reform process. Under its 18-month project, it is also expected to provide critical support to the Guyana Elections Commission (GECOM) to boost its capacity.

Fri Oct 29 , 2021
Support Village Voice News With a Donation of Your Choice. …but promises constitutional appointments soon Though not setting any clear timeline for the long awaited appointment of the country’s Chancellor and Chief Justice, President Irfaan Ali said he will fulfill his constitutional mandate notwithstanding his issues with the Leader of the Opposition, Joseph Harmon, who continues to dub his Administration […]