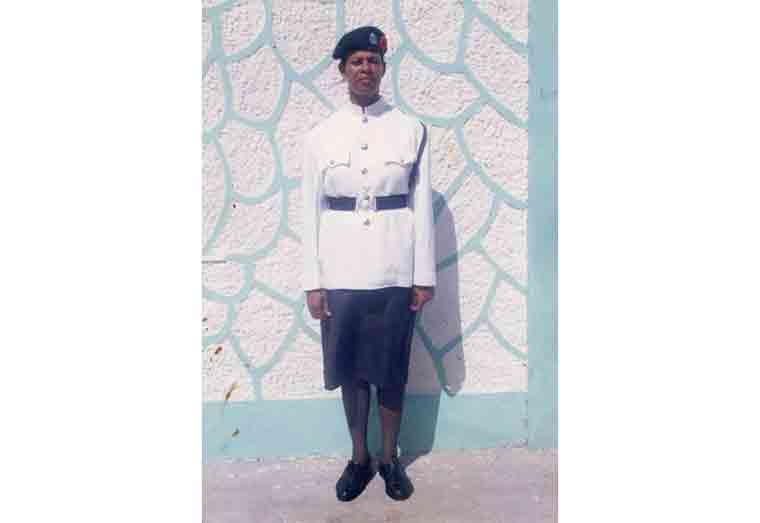 The Guyana Prison Service (GPS) is mourning the loss of Prison Officer Roxanne Winfield, who was shot to the head when five prisoners bolted from the Camp Street Prison on Mash Day 2002.

The 58-year-old, Winfield died on Thursday (October 28, 2021), at the Infectious Diseases Hospital at Liliendaal from severe lung and Kidney complications, the GPS said in a statement.
Another Prison Officer, Troy Williams who 19 at the time was killed in the melee. Williams, who was also on duty at the main gate of the prison had refused to hand over the keys to the criminals. Instead, he threw the keys back into the prison compound. Incensed by his actions, the inmates fatally shot him.

Meanwhile, at the time of the incident, Winfield was performing gate duty at the Camp Street Prison. Ms Winfield had 29 years of service when she was shot in her right eye.
Thereafter, Winfield was declared medically unfit to function as a prison officer and was being cared for at home.

Winfield has been praised for her ‘heroic’ actions by Director of Prison (ag) Nicklon Elliot, who said it was clearly heroic what she did on that day.

“She did her job and she did exactly what we would expect from a prison officer. Winfield who was on gate duty at the time, attempted to lock the gates as the escapes approached her, but unfortunately she was shot”, Elliot said.

Mr. Elliot expressed sincere and deepest condolences on behalf of the Guyana Prison Service, to the family, friends and colleagues of Officer Winfield.

He also sent prayers that all those grieving Winfield’s death will be granted comfort during this difficult and trying period.

The 2002 Jailbreak saw the escape of Troy Dick, Shawn brown, Andrew Douglas, Mark Fraser and Dale Moore. All of them have died thus far.

Consultation on draft Electoral Reform Legislation to commence next week

Fri Oct 29 , 2021
Support Village Voice News With a Donation of Your Choice. – President Ali President Irfaan Ali today disclosed that a draft Electoral Reform Legislation would be circulated among all stakeholders come next week. The Head of State made the disclosure during a virtual press conference earlier today. He said based on discussions with the Attorney General Anil Nandlall, a six-week […]