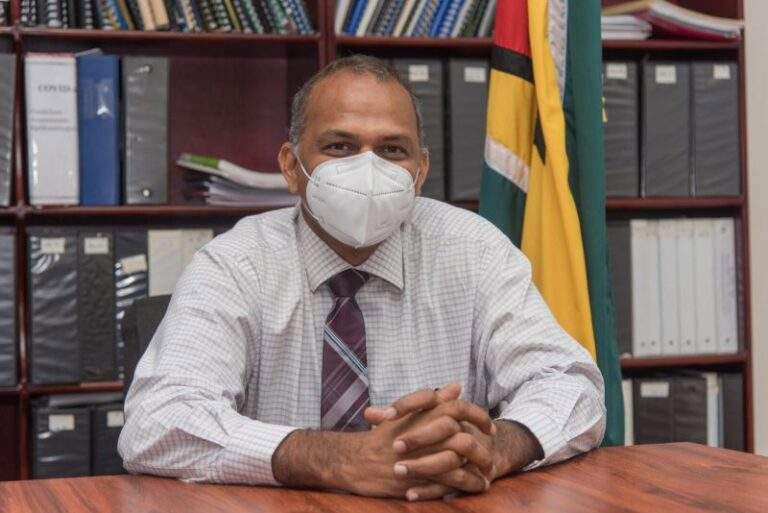 Minister of Health Dr. Frank Anthony said there is currently no re-vaccination policy in Guyana for persons who took the Sputnik V vaccine, which is yet to receive approval by the World Health Organisation (WHO).

Dr. Anthony said the government is also not encouraging revaccination at this time, particularly for persons who may want to travel to the United States. The health minister said if re-vaccinations are done at this time, then persons would get more vaccines than necessary, while there is still an unvaccinated population being at risk of COVID-19.

Dr Anthony said that as far as he is aware, the Sputnik V vaccine is still scheduled to be approved before the end of the year. Once it is approved, then there would be no issues with travel. “From the information that we have received and we have been in a meeting, an international meeting, we were told that the Sputnik V vaccine was scheduled for WHO approval sometime in late November, the latest by the first week in December, so if they hold to that schedule, then the WHO should approve the vaccine,” he said.

The health minister noted too, those countries requiring vaccination upon entry, have systems in place for travel there. “Countries that are requiring vaccines right now, doesn’t matter which vaccine you get, you have to let them know up front and they would allow you to come into the country. However, you will have to be in quarantine for some period of time and once that time elapses it’s ok, you can then start moving around and that quarantine usually happens at home, so where ever you’re going, you quarantine at home and that’s permissible,” Dr Anthony said.

The WHO said it was still carrying out some assessment of the Russian made Sputnik V vaccine before it is cleared for emergency use. The US announced that by early November, international travellers would be allowed entry into the country if they show proof of vaccination with any FDA or WHO approved vaccine.

Sun Oct 24 , 2021
Support Village Voice News With a Donation of Your Choice. Bharrat Jagdeo, Irfaan Ali, Mark Phillips and other officials of the regime are on race deception safaris to the United States and Ghana, hoping they could deflect attention from their divisive record and poor governance at home. Many are not fooled by the charade at the expense of the taxpayers […]