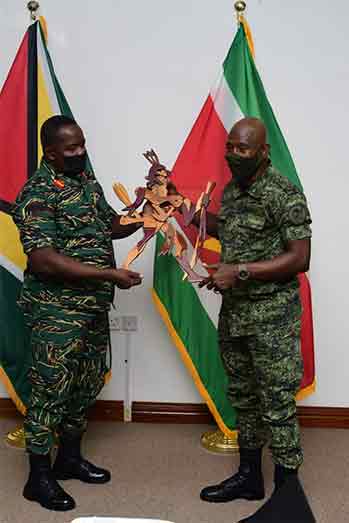 The Guyana Defence Force and the Suriname National Army have made their first step towards the advancement of tackling common threats and embracing each other to ensure that the border they share and are vested to protect, remain safe and secure.

Commander of the Suriname National Army, Colonel Henri Van Axel Dongen and a delegation are currently in Guyana and are hosted by the Guyana Defence Force, a release from the GDF stated.

The delegation visited Defence Headquarters, Base Camp Ayanganna on Monday and was greeted by Chief of Staff Brigadier Godfrey Bess and members of his leadership team.

The delegation was privy to a country and security concern brief highlighting the challenges faced and a series of proposals to enhance cooperation to address threats. 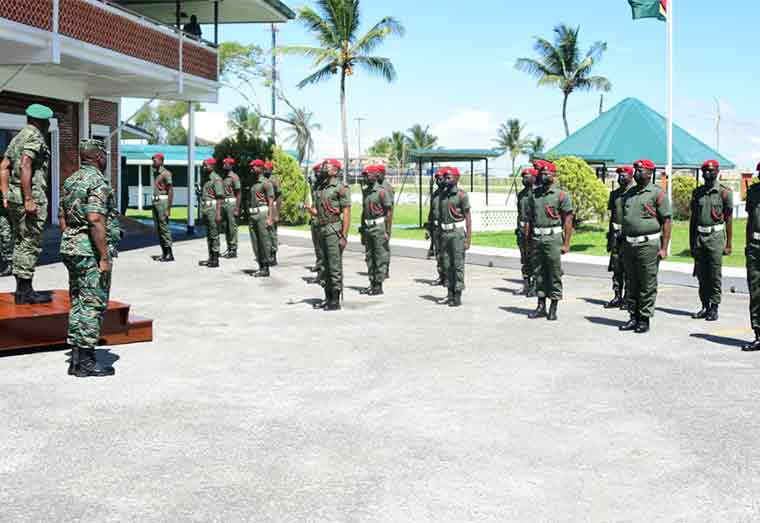 During remarks, Colonel Axel Dongen noted that the visit will be memorable. It signals an important step towards combatting threats facing both countries. He referenced the saying  ‘a close neighbour is better than a distant relative’, pointing out that the two countries’ proximity provides a platform for embracing each other’s values and sharing information. “I am very proud to say that this is the best opportunity for both of our nations, and I look forward to working together to enhance security in both our nations. We have the same issues threatening our nations and so our strong partnership will be effective in combating security threats,” he noted. Colonel Dongen stressed that he is eagerly anticipating enhanced cooperation with his Guyanese counterparts.
Brigadier Bess endorsed the views shared by Colonel Dongen. He noted that the delegation’s response to the invitation, as both countries continue to grapple with the COVID-19 pandemic, is a testament to the resilience and endurance of the Suriname military. During bilaterals, he proposed several measures, including a Joint Intelligence Exchange between the two militaries, which he said was necessary as both countries emerge as players in the oil sector. He also proposed increase collaboration surveillance on the border, which the two countries share. Brigadier Bess also put forward proposals for training exchange opportunities and invited the Suriname National Army to subscribe to Officer training with the GDF. He also extended the GDF’s support towards establishing a Reserve component of the Suriname National Army.

The visit from the Surinamese military delegation comes closely on the heels of an official state visit by Suriname President, His Excellency Chandrikapersad Santokhi, on August 17, 2021.

Unvaccinated and vaccinated teachers greenlighted to resume duty at Moruca

Tue Oct 19 , 2021
Support Village Voice News With a Donation of Your Choice. All teachers, vaccinated and unvaccinated, were ordered to temporarily return to the classroom on Wednesday October 20, 2021 at the Moruca in the North West District following a vaccinated standoff by teachers attached to a primary school within the sub-region. On Monday morning, reports from the village of Manawarin , […] 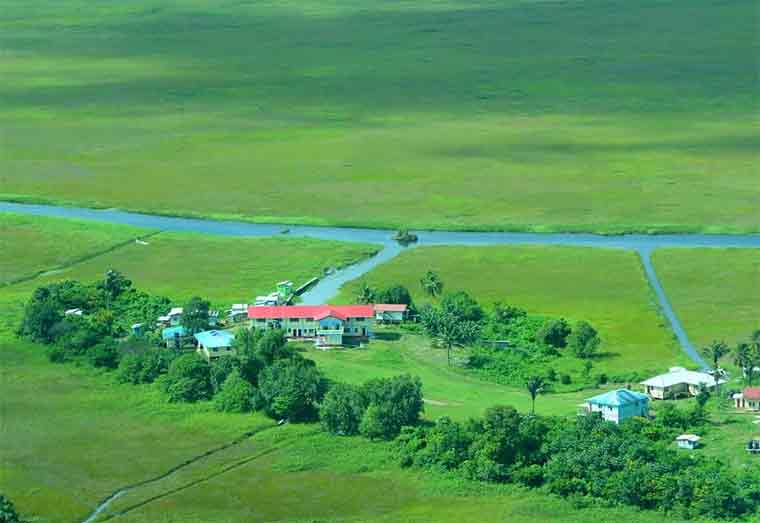