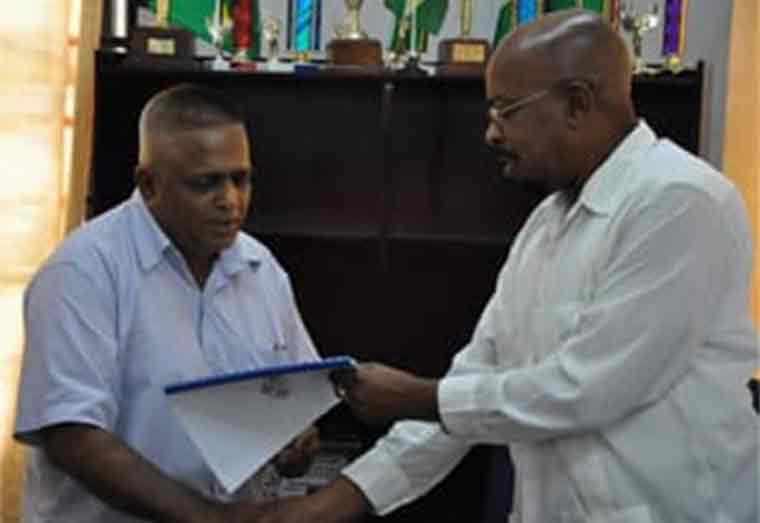 Security guards attached to Strategic Action Security Service at Mabaruma have not been paid for the months of August and September 2021.

As such, the guards have stayed away from work , leaving several government properties at Mabaruma without security.

Reports are that the  the regional authorities at the Regional Democratic Council (RDC) at Mabaruma have told the guards not to question the ongoing situation since the firm’s head, Richard Kanhai, is low on funds.

Kanhai, a controversial figure, has in the past appeared in court on allegations that his firm received stolen property under the One Laptop Per Familty (OLPF) project during the Peoples Progressive Party /Civic term in office between 2011-2015.

The security company , which in recent times  was blacklisted over its inability to pay employees among other issues , surprisingly won a contract earlier this year to provide security services to the RDC administration buildings , public schools , the hospital and health facilities in Region One. The company assumed its role to provide security in June.

Attempts to contact  Kanhai on the mobile number provided by the guards were futile.

According to an employee, in June 2021, Kanhai met with the guards who were once attached to Radar Security Services , the company which provided the service prior to Kanhai’s firm. The man promised employees during the  meeting which was held  during the first week of June 2021, that they will be paid the between the 19th-23rd monthly.

He also told the 72 guards , that they would be paid at least the minimum wage with incentives for holidays and weekends. At the time the guards welcomed his commitment but things nosedived  when July ended and they  did not receive their salaries for two months.

The guards were paid until August and according to them , the company deducted National Insurance Scheme (NIS) payments for employees over 60 years of age.

The situation continued to go downhill when the months of August and September came an ended and they received no payments for each of those months. The guards then complained to the Regional Chairman, Brentnol Ashley and he informed them that Kanhai’s company received payments for the month of August. However, those monies never reached the guards.

Employees at the Mabaruma RDC office told the Village Voice that the security firm was paid for August since the cheque written in the company’s name was already dispatched to the city to the security firm.

The guards told this publication that they have been calling Kanhai and he has been making many promises to remedy the situation , none of which ever materialised. “This man keeps promising , Monday, Tuesday, Friday,” an employee said in disgust.

Reports are that dozens of guards at the Matarkai and Moruca sub-regions have also been waiting for the salaries for months.

A security guard at Port Kaituma told this publication that a colleague voiced concern about the issue when Minister of Labour , Joseph Hamilton visited the community recently. When the security guard informed Hamilton about the issue, he allegedly  told the resident that he wasn’t there to listen to complaints but rather, to forge development.

Persons at Mabaruma noted that the regional administration, including an engineer , has been urging the guards not to question the situation. In the interim , the guards have been provided with various household items by the RDC including two bags of rice , a packet of milk, flour and a bottle of oil.

Thu Oct 7 , 2021
Support Village Voice News With a Donation of Your Choice. A US judge has temporarily blocked a new law in Texas that effectively bans women from having an abortion. District Judge Robert Pitman granted a request by the Biden administration to prevent any enforcement of the law while its legality is being challenged. The law, which prohibits women in Texas […]