On Wednesday 28th July ExxonMobil announced another oil find. This time it is at Whiptail in the Stabroek Block, offshore Guyana. This would be Exxon’s 20th find. Mike Cousins, senior vice president of exploration and new ventures said, “This discovery increases our confidence in the resource size and quality in the southeast area of the Stabroek Block and could form the basis for a future development as we continue to evaluate the best sequence of development opportunities within the block.”

As Exxon salivates over another discovery of Guyana’s black gold, Guyanese must continue to ask, what’s in it for us. The resources of Guyana belong to the people of Guyana. And whilst the explorers should be compensated for their investments-human, financial and otherwise- Guyanese, as owners must handsomely benefit from the extraction of our resources.
Citizens are still in the dark about what specifically are the benefits being derived from oil explorations and extractions.  The Government of Guyana has announced no clear plans what revenue will be acquired and how they will use these discoveries for the benefit of all Guyanese. If Guyanese do not remain vigilant a new local oligarchy will be created as the masses remain in poverty.

Corruption in the corridors of power will intensify. The political and well connected will seek to grab for themselves, ignore the necessity for a national development approach and the need to properly invest in the people.

There remain many questions to be answered, clarifications to be made, and assurances to be given. These could only be fulfilled when complacency is put aside, and vigilance takes its place. Government will be forced to pay attention when people start asking the serious questions, demanding truthful answers, making clear the expectations of how the revenue should be spent, and the environment protected in the process of exploiting our resources.

The People’s Progressive Party/Civic (PPP/C), when in Opposition, campaigned that should they get into government they will renegotiate the Exxon contracts. The main Opposition, A Partnership for National Unity and Alliance For Change (APNU+AFC) coalition said they are open to the oil contracts being renegotiated. Sections of civil society, the trade unions and private media have also urged the revisiting of the contract. It is more than enough support and national groundswell for the government to act.

It was the PPP/C that said Guyanese deserve better from these contracts. And though the APNU+AFC was successful in renegotiating the royalty from one percent to two percent, which is a 100 percent increase, it was the PPP/C that said it could get better. The government has the support of the APNU+AFC and others to try to do this and should seek to achieve better.
Guyanese rightfully want to know how much of the accumulating oil and gas finds they would benefit from through direct access in jobs and economic opportunities, indirectly through development of public infrastructures, better education, health services, etc. Even amidst these concerns citizens have been advised Guyana has to pay the taxes for the oil companies. This is ridiculous and should be renegotiated.

There is also yet to be a Local Content Policy that includes Guyanese in a meaningful way. People want assurances there will be a Policy that would include all Guyanese and ensure equity. It is evident Exxon is going full speed ahead in exploiting Guyana’s resources. It is time for Guyanese to go full speed ahead and  demand fair treatment.

Thu Jul 29 , 2021
Support Village Voice News With a Donation of Your Choice. Attorneys appearing in the appeal case challenging the High Court’s decision to nullify Election Petition 99 over noncompliance of service have been given additional time to make further submissions on the Appellate Court’s jurisdiction to hear the matter. During a June 15, 2021 hearing of the case – Monica Thomas […] 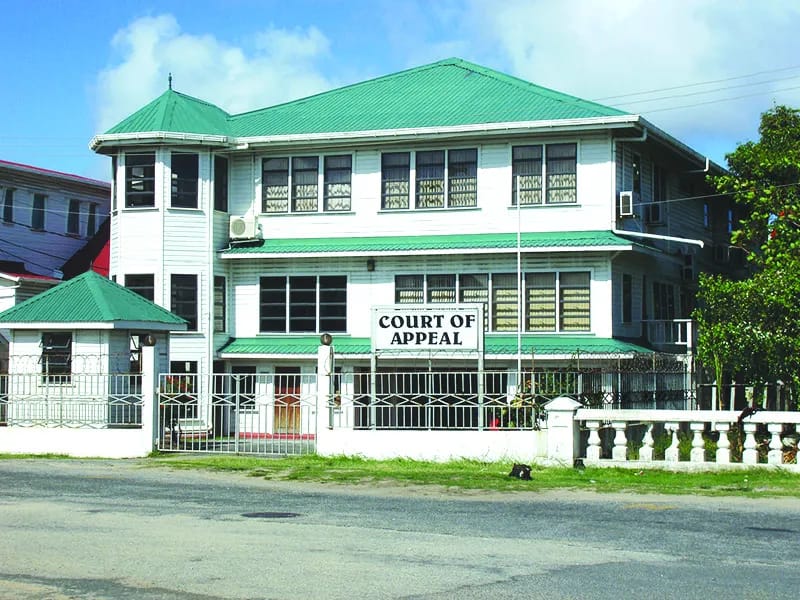