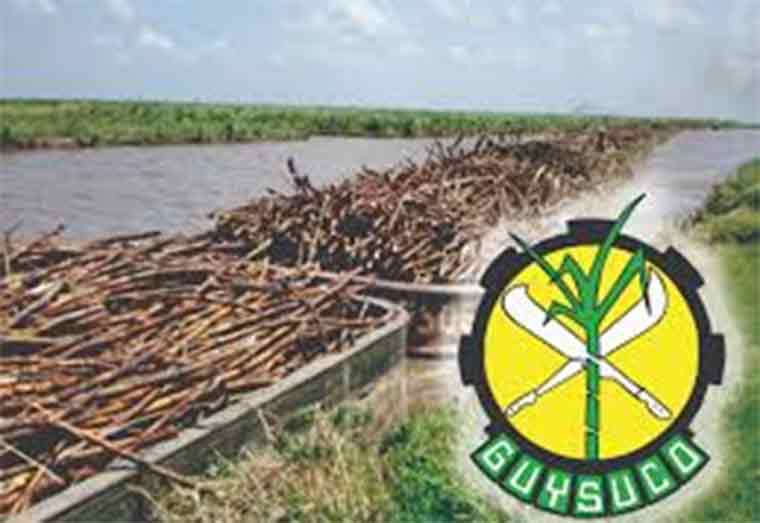 …GuySuco produced only 29, 650 tons of sugar in six months

The sugar industry continues to decline, despite government’s efforts to revive it, with the Guyana Sugar Corporation producing only 29,650 tons of sugar at midyear- a shortfall blamed on a range of issues.
Since returning to government the PPP/C continues to prop up the failing industry and has already pumped billions to keep it going.
In his Mind Year, financial report, the Ministry of Finance noted that the non-oil economy grew by 4.8 percent and will contract further by the end of the year to 3.7 percent.

“With regard to sector performance, the agriculture, forestry and fishing industries for the first half of 2021 are estimated to have contracted by 2.4 percent compared with a decline of 4.1 percent for the corresponding period last year and it was noted that this was as a result of lower output from the other crops, sugar growing, forestry and fishing industries,” the report which is to be tabled in the National Assembly stated.

Turning to sugar, the report stated that at the end of the first half of the year, the Guyana Sugar Corporation (GUYSUCO) produced 29,650 tonnes of sugar. “This performance reflects the record high levels of rainfall, which resulted in waterlogged soils, particularly at the Albion Estate, and strike action that resulted in over 5,600 man-days being lost,” the Mid-Year Report indicated.

As such, it was emphasisd that the sugar industry declined by 22.4 percent when compared to the same period in 2020. Some of the reasons indicated were a 30 percent mortality of mature cane at Albion estate, 10 percent at Uitvlugt and 5 percent at Blairmont due to the floods. Another 15,000 tonnes of sugar in the second crop were also expected to be lost, based on the Report.

Wed Oct 6 , 2021
Support Village Voice News With a Donation of Your Choice. …man accused setting Brickdam Police Station on fire denies confessing to crime …tells attorneys that he was coerced into signing confession statement  By Svetlana Marshall Clarence Greene – the 26-year-old man accused of setting the Brickdam Police Station on fire – told his attorneys that after being beaten on his […]