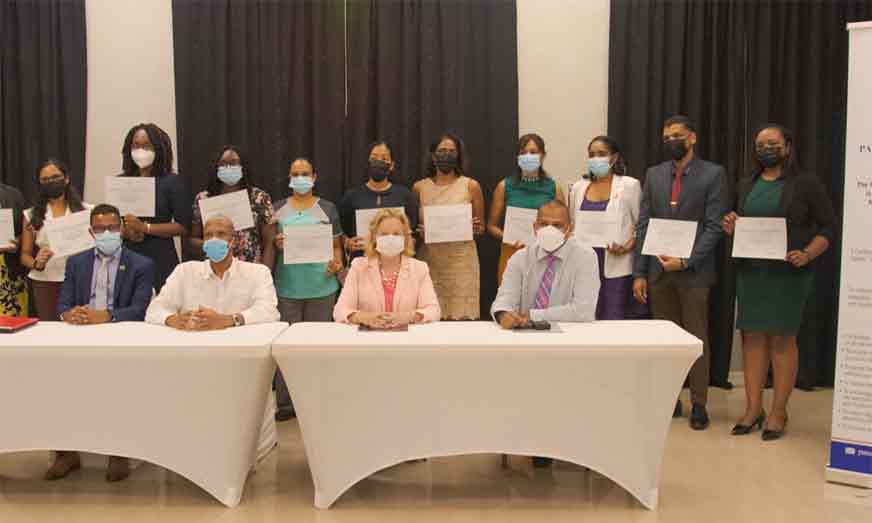 Eighteen frontline healthcare last week graduated from a USAID-funded clinical management training programme for HIV/AIDS.
US Ambassador to Guyana, Sarah Lynch attended the ceremony with Minister of Health Frank Anthony and Director of Pan Caribbean Partnership against HIV and AIDS (PANCAP), Dr Rosmond Adams.
The eight-week training was completed by the University of Washington in the U.S. together with representatives from CARICOM and healthcare providers at the National Care and Treatment Center and St Joseph’s hospital, the US embassy here said in a release.

“The partnerships of events like these are a testament to our common goal to improve healthcare and the health delivery systems, for the benefit and prosperity for all”, said Ambassador Lynch.

The United States has provided Guyana with over US$185 million to fight HIV/AIDS since 2004, mostly through the U.S. President’s Emergency Action for AIDS Relief (PEPFAR), which is the largest commitment by any nation to address a single disease in history.

Mon Oct 4 , 2021
Support Village Voice News With a Donation of Your Choice. …says request an affront to African Guyanese The 1823 Coalition Committee has signaled its opposition to the renaming of Middle Street after Mahatma Gandhi. At a ceremony on Sunday, Indian High Commissioner to Guyana, Dr. Srinivasa requested that the Government of Guyana rename Middle Street to honour M.K Gandhi. “We […] 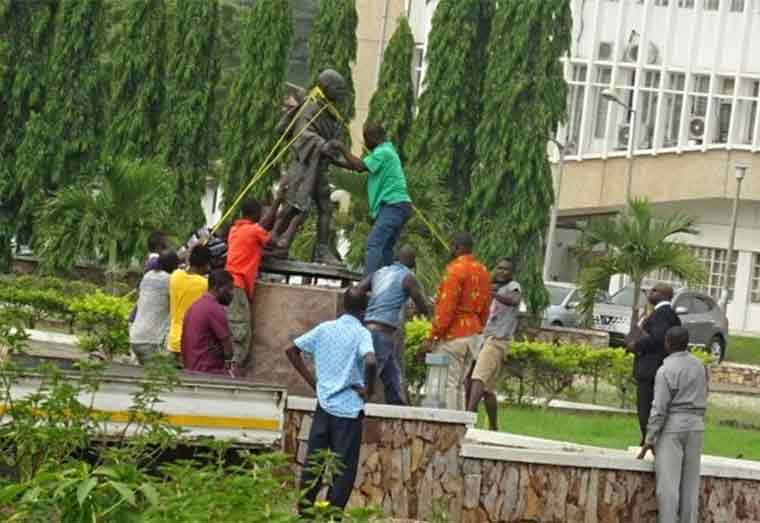