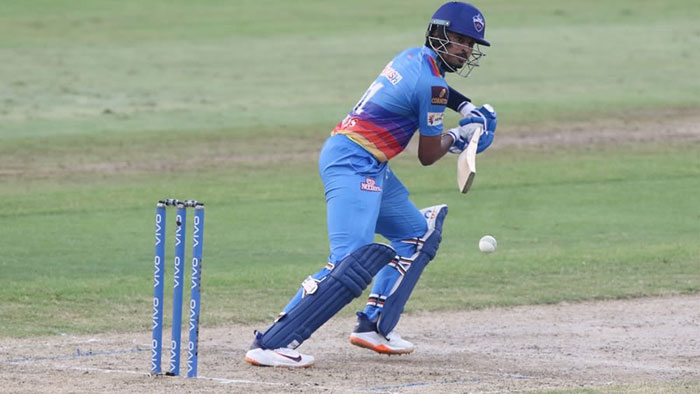 (CRICINFO) Mumbai Indians threatened to defend 129 on a sluggish Sharjah track, but Shreyas Iyer dented their playoff chances and strengthened Delhi Capitals’ own chances of a top-two finish with a smart innings in the company of R Ashwin. Iyer absorbed the pressure created by the fall of three wickets within the first five overs of the chase and ushered Capitals home with five balls to spare.

Despite the defeat on Saturday, Mumbai Indians could still sneak into the final four, but in addition to needing to win their remaining two games against Rajasthan Royals and Sunrisers Hyderabad, they must also rely on favours from other sides.

It was Capitals’ depleted attack that set up the victory. While Avesh Khan and Anrich Nortje defied the slowness of the pitch with a hair-raising display of pace and guile, left-arm fingerspinner Axar Patel thrived with his more subtle variations.

Not a favourable match-up? No problem for Axar

The Capitals left out offspin-bowling allrounder Lalit Yadav to welcome back Prithvi Shaw, which meant they had only five bowling options at their disposal. It proved enough, with the seamers dovetailing beautifully with Axar.

It was Avesh who produced the first breakthrough when Rohit Sharma – believe it or not – miscued a pull to deep third man.

Axar then ran into two left-handers and trumped both of them. He first dangled one away from Quinton de Kock’s reach and had him carving a catch to backward point. Then, he zipped one away from Saurabh Tiwary from around the wicket, drawing a top edge. Axar also had Suryakumar Yadav holing out later with a dipping full-toss, ending with 3 for 21 in his four overs.

Mumbai’s middle order largely strolled through the middle overs, not managing to score even a single boundary for 35 balls between the 11th and 17th overs. After pounding the deck with heavy lengths in the early exchanges, Nortje cut his pace down to 123kph and had Kieron Pollard chopping on in the 15th over.

Avesh yorked both Hardik Pandya and Nathan Coulter-Nile and although the last over, bowled by Ashwin, went for 13 runs, Mumbai were kept to a sub-130 total.

Iyer and Ashwin get the job done

That total, however, looked a whole lot bigger once the Capitals lost their top three early. It was Pollard who had launched a familiar Mumbai comeback when he swooped in from mid-on and nailed a direct hit to run out Shikhar Dhawan for 8. Rishabh Pant then chanced his arm and swung his way to 26 off 22 balls before Jayant Yadav – specifically picked, ahead of legspinner Rahul Chahal, to counter the left-handers in Capitals’ line-up – bested him.

There might have been jitters in Capitals’ camp when Jasprit Bumrah and Trent Boult also struck to reduce them to 93 for 6 at the start of the 14th over. Iyer and Ashwin, however, settled them by calmly knocking off ones and twos. Iyer, who had arrived in the powerplay, didn’t hit a boundary until the 17th over, when he swiped Coulter-Nile over midwicket. He meted out similar treatment to Bumrah in the 18th to effectively get the dirty job done

Sun Oct 3 , 2021
Support Village Voice News With a Donation of Your Choice. Farmers and concerned residents of the community of Jacklow in the Lower Pomeroon have accused a known PPP/C councillor of showing favouritism in the distribution of flood relief grants. The residents also alleged that monies were awarded to a woman who passed away several months ago while her son also […]