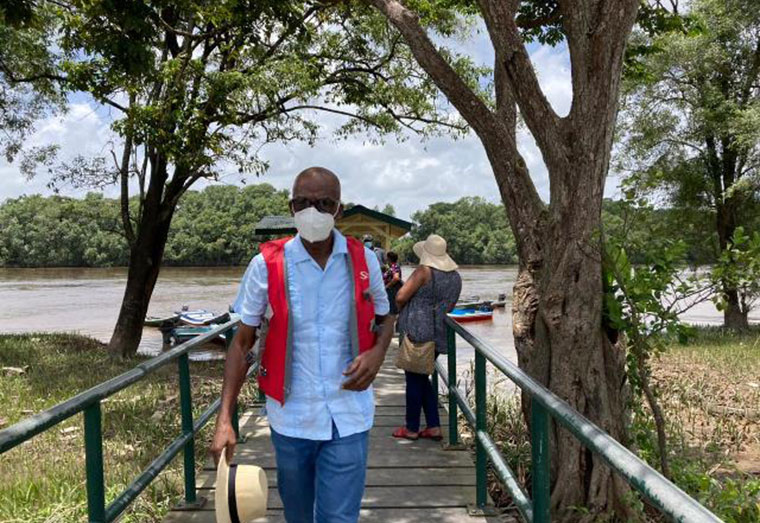 Farmers and concerned residents of the community of Jacklow in the Lower Pomeroon have accused a known PPP/C councillor of showing favouritism in the distribution of flood relief grants.

The residents also alleged that monies were awarded to a woman who passed away several months ago while her son also pocketed $100,000 in the monetary donation of public funds to flood affected farmers.

On the weekend of September 11, 2021, the Department of Public Information (DPI reported, cash crop farmers of the Lower Pomeroon River in Region Two who were affected by the floods weeks prior were the latest beneficiaries of the Government’s flood-relief cash grant. The distribution exercise was spearheaded by Minister of Labour, Joseph Hamilton, in Marlborough, Dredge Creek Liberty, Hackney, and Jacklow. The minister was part of the Government’s Cabinet outreach in the Pomeroon-Supenaam Region.

But one week later complaints started to emerge on social media with residents accusing the PPP/C councillor of favouring her friends in ensuring those persons received grants. According to residents, in a particular family at Jacklow, each individual in the family member received the flood relief money although the funds should have been given to each household rather than individual members. They said that a farmer, his wife and his son collected individual grants and it was noted too that some persons only received $50,000 while those favoured by the councillor received $100,000 each.

In what was termed a blatant example of fraud, the residents noted that a woman who operated a farm in the area, passed away several months ago before the floods. At the award event, $100,000 was awarded to her. Reports are that her son collected the money on her behalf. In addition, the woman’s son also received $100,000 for his farm.

The councilor at the centre of the issue was responsible for verifying if the persons awarded grants were eligible to receive the funds. “In a lot of families who are the councilor’s friends and relatives were given full $100,000 whether they were 5 or 6 members in the families,” a resident noted on social media. Reports are that the councilor and her husband also received $100,000 each although the sum was only earmarked for a family. Persons alleged that farmers who are seen as political friends of the councillor were favoured over others, some of whom have no political ties.

During his interaction with residents at the event, Hamilton said the flood relief grant forms part of the PPP/C Government’s responsibility to safeguard the wellbeing of all of the citizens of Guyana. “We are not doing any great favour to you, this is our responsibility…some people call what we do handouts, we are not giving handouts we are giving service to the Guyanese people,” he said.

Minister Hamilton urged the farmers to utilise the money wisely and get back to farming in order to ensure food security within the region. He added that the government will continue to provide technical and other support to farmers where necessary.

Sun Oct 3 , 2021
Support Village Voice News With a Donation of Your Choice. …in efforts to creating awareness about protected areas By Lisa Hamilton A 29-year-old British explorer, Lucy Shepherd, has embarked on an expedition in Guyana in uncharted land that will see her becoming the first British person to trek over 200km east to west across the Kanuku Mountains. Shepherd travelled to […]