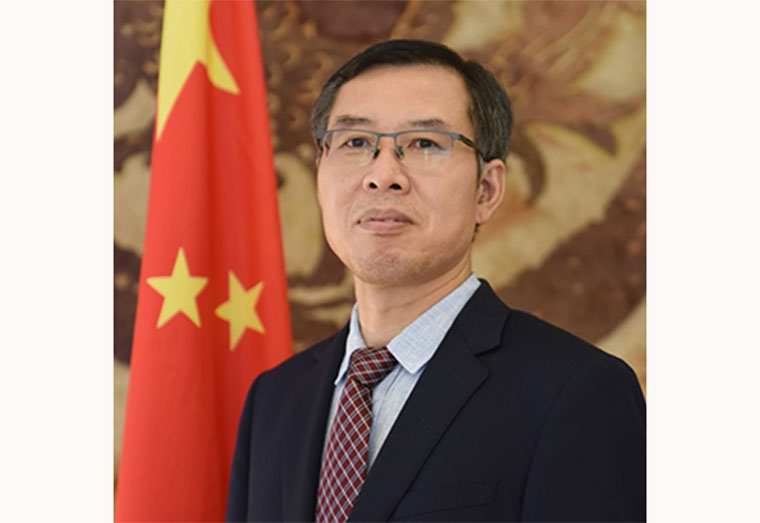 Message by Chargé d’Affaires, Chen Xilai, on the occasion of the 72nd Anniversary of the Founding of the People’s Republic of China, October 1, 2021

On the occasion of the 72nd Anniversary of the Founding of the People’s Republic of China, I am honoured to extend, on behalf of the Chinese Embassy in Guyana, the warmest congratulations to the 72nd birthday of our motherland China, the sincere greetings to our compatriots living in Guyana, and heartfelt gratitude to our Guyanese friends who have long been caring and supporting China.

The past year has seen much good news from China. The Central Committee of the Communist Party of China (CPC) with Comrade Xi Jinping at its core has united and led the Chinese people in formulating the 14th Five-Year Plan for National Economic and Social Development and the Long-Range Objectives through the Year 2035, winning the fight against extreme poverty, building a moderately prosperous society in all respects, coordinating and promoting the fight against COVID-19 and high-quality development. China’s economy grew by 12.7% in the first half of 2021. Many achievements were also made in cutting-edge scientific and technological fields, including deep-sea exploration, Lunar and Mars exploration, space station construction, quantum technology, and artificial intelligence.

These achievements cannot be realized without the leadership of the CPC. Since its founding 100 years ago, the CPC has been seeking happiness for the Chinese people, rejuvenation for the Chinese nation, and the common good for the world. CPC’s leadership brought the tremendous transformation of standing up, growing prosperous, and becoming strong. A new China was established. Nation’s independence was secured. People’s democracy was realized. By reform and opening-up, China has become the 2nd largest economy and uplifted 98.99 million people out of poverty. By implementing the new development philosophy and fostering a new development paradigm, the Chinese nation is going to be a proud and active member of the community of nations.

These achievements demonstrate the People-centered development philosophy of the Chinese Government. What is People-centered development philosophy? It means putting people and people’s lives first in the once-in-a-century pandemic. From babies born only 30 hours to elderly people in their 100s, from Chinese people to foreigners in China, we have been doing our best to protect every life. It means the people’s aspirations to live a better life is the CPC’s ultimate goal. In 2020, China’s per capita disposable income reached 32,189 yuan, a nominal increase of 4.7 percent over the previous year. It also means that the gains of development can benefit all the people in a better and fairer way. China is working to further narrow down the gap between cities and rural areas and between rich and poor, and strive to achieve holistic development of human beings and shared prosperity for everyone.

These achievements reflect China’s vision of building a community with a shared future for mankind. To end the pandemic faster, China remains committed to making COVID-19 vaccines a global public good and will strive to provide two billion doses of vaccines to the world by the end of 2021. In addition to donating 100 million US dollars to COVAX, China will donate 100 million doses of vaccines to other developing countries in 2021 to help bridge the immunization divide. To achieve economic recovery together, China will also continue to open up, deepen cooperation and share market opportunities with other countries so that we can build a broader development platform under the Belt and Road Initiative framework.

Over the past year, the pragmatic cooperation between China and Guyana has also made commendable progress due to the efforts of the two sides. In 2020, our bilateral trade volume has increased 78.7% despite the COVID-19 impact. Standing in its friend’s shoes, the Chinese Government quickly responded to the request of the Guyanese Government and donated vaccines to Guyana when global supply was very tight. A Chinese technical team was sent to Guyana amid COVID-19 challenges and helped to repair a damaged submarine cable. Fuzhou and Georgetown celebrated their Sister City 15th anniversary. 13 outstanding Guyanese students were awarded Chinese government scholarships. The 16th batch of the Chinese Medical Brigade provided daily medical services to the local patients in Georgetown and Linden. China and Guyana joined hands in setting up an example of mutual respect and win-win cooperation between big and small countries.

China and Guyana are important cooperative partners for each other. In March 2021, Chinese President Xi Jinping had a telephone conversation with President Ali, directing the development of the relations between the two countries. President Xi said that the two sides should take the 50th anniversary of the diplomatic ties next year as an opportunity to earnestly respect each other, expand cooperation, and lift bilateral relations to higher levels. President Ali reiterated that Guyana firmly abides by the one-China principle and considers China as the most important partner in its national development. I am confident that, as both sides actively implement the consensuses reached by the two heads of state with concerted efforts, more new cooperation potentials will be released and new outcomes achieved. The traditional friendship between the two peoples will remain vibrant and continue to write new chapters.

On this auspicious occasion, let me extend my best wishes! May China and Guyana continue to prosper! May the Chinese and Guyanese people be happy and healthy forever! Long live the China-Guyana friendship!

Fri Oct 1 , 2021
Support Village Voice News With a Donation of Your Choice. On October 1, 2021, many people made use of the Government of Guyana’s decision to reopen the Guyana-Brazil border at Lethem-Bonfim once per week to citizens of both sides wishing to travel. The decision comes after a period of impasse as Brazilian traders blocked the border on grounds of alleged […] 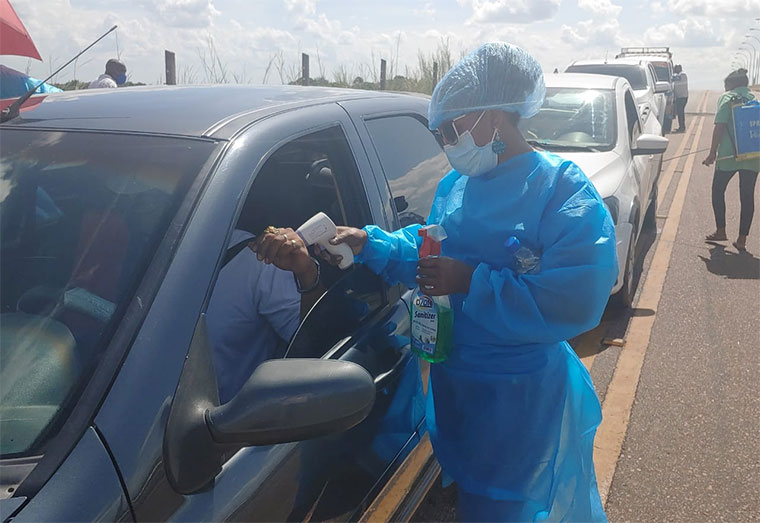