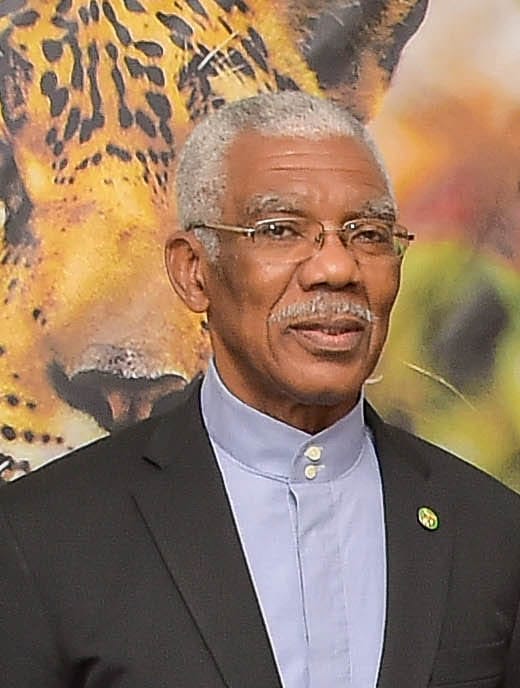 Former President David Granger on Friday urged the Guyana Government to correct what he described as its ‘diplomatic mistake’ of removing, but not replacing, its ambassador in Brasilia.

Speaking on the theme of Brazil’s defence diplomacy during his Public Interest Programme, Mr. Granger said that Brazil had been a reliable strategic partner which supported Guyana’s sovereignty consistently in the face of Venezuela’s relentless territorial claim, a press release from the PNCR said. He pointed out that Brazil is the largest and most powerful country on the continent.

Mr. Granger recalled his own visits to Brasilia when, on separate occasions, he met two Brazilian Presidents – first, Dilma Rousseff and, later, Michel Temer.  He said relations between the two countries were solidified by the visits of three Brazilian Defence Ministers – Nelson Jobim, Celso Amorim and Raul Jugmann – to Guyana.

Defence cooperation continued in 2018 when the Brazilian Army’s Construction Engineer Battalion installed eight wells which, for the first time, provided year-long potable water to villagers in the South Rupununi during the long dry season. The Brazilian Army has also assisted the Guyana Defence Force by training scores of officers and providing instructors to the Officer Cadet and Jungle Warfare Schools over the years.

The Former President expressed dismay that, over the past year, Guyana failed to replace its ambassador in Brasilia and relations between the two countries have cooled. He urged the Guyana Government not to lose sight of Brazil’s strategic significance to this country and the continent.

Mr. Granger pointed out that cordial relations persisted between the two countries for more than five decades and it would be a diplomatic blunder to falter through neglect at this time. He said the first step on the way forward would be to appoint a new ambassador to Brazil. He said not having a resident ambassador sends a negative message to a neighbor of strategic strength which has supported Guyana for decades.

Fri Sep 24 , 2021
Support Village Voice News With a Donation of Your Choice. The Small Business Developers Association (SBDA) in collaboration with the National Association of Adventist Men’s Ministries (NAAMM) is hosting its second Adventist Small Business Summit, today, September 26, 2021, at the Sophia Exhibition Center Ground. The event will showcase numerous small businesses owned and operated by Seventh-day Adventists (SDAs) in […] 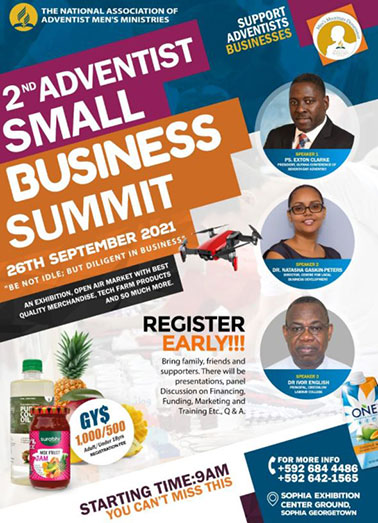