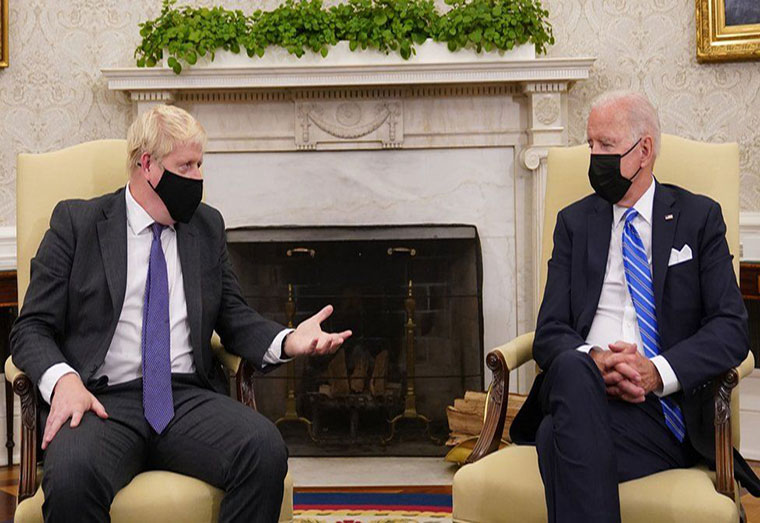 (BBC NEWS) The UK prime minister and US president were thought to have discussed topics such as climate change and the recent submarine deal with Australia.

Speaking before the meeting, Mr Biden said they would also talk a “little bit about trade”.

The BBC understands the UK government may consider joining a trade pact with the US, Mexico and Canada instead of pursuing a separate deal.

Asked about a UK-US trade deal before the meeting, the US president told reporters in the Oval Office: “To do with the UK, that’s continuing to be discussed.”

He also issued a fresh warning for the UK not to damage the peace process in Northern Ireland following its departure from the EU.

“On the protocols, I feel very strongly about those. We spent an enormous amount of time and effort, in the United States, it was a major bipartisan effort made.”

He said he would not like to see any change to the “Irish accords” resulting in a closed border.

Mr Johnson said “that’s absolutely right”, adding: “On that point, Joe, we’re completely at one, nobody wants to see anything that interrupts or unbalances the Belfast/Good Friday Agreement.” Mr Johnson earlier downplayed the chances of securing a trade deal with the US before the next general election. But during a joint appearance Vice President Kamala Harris, he told reporters there had been “real progress” on UK-US talks.

A source familiar with the government’s thinking suggested to the BBC’s Laura Kuenssberg that the UK could negotiate entry into an existing trade arrangement between those three countries – known as the USMCA – set up after former US President Donald Trump tore up its predecessor, NAFTA. “There are a variety of different ways to do this,” the source said. “The question is whether the US administration is ready. The ball is in the US’s court. It takes two to tango.”

The meeting between Mr Johnson and Mr Biden is the second time they have met in person, with the first being at the G7 summit in Cornwall earlier this year.

And it comes ahead of a third face-to-face meeting in Glasgow for the COP26 climate summit in November.

The event, which will see global leaders gather to discuss the issue, is seen as a crucial moment to bring climate change under control. Earlier, Mr Biden announced the US would double its climate finance pledge and increase funding for developing countries to $11.4bn (£8.3bn) by 2024. Mr Johnson said the US had “stepped up to the plate” with what he called a “massive contribution” towards the $100bn goal for countries to raise.

Wed Sep 22 , 2021
Support Village Voice News With a Donation of Your Choice. Staff of the Palms Geriatric Home on Brickdam, Georgetown who are not COVID-19 vaccinated and could not present a negative PCR test were locked out of the health facility on Wednesday morning. Several of the staff stood in a group just outside the gate in hopes of entry. Meanwhile, other […] 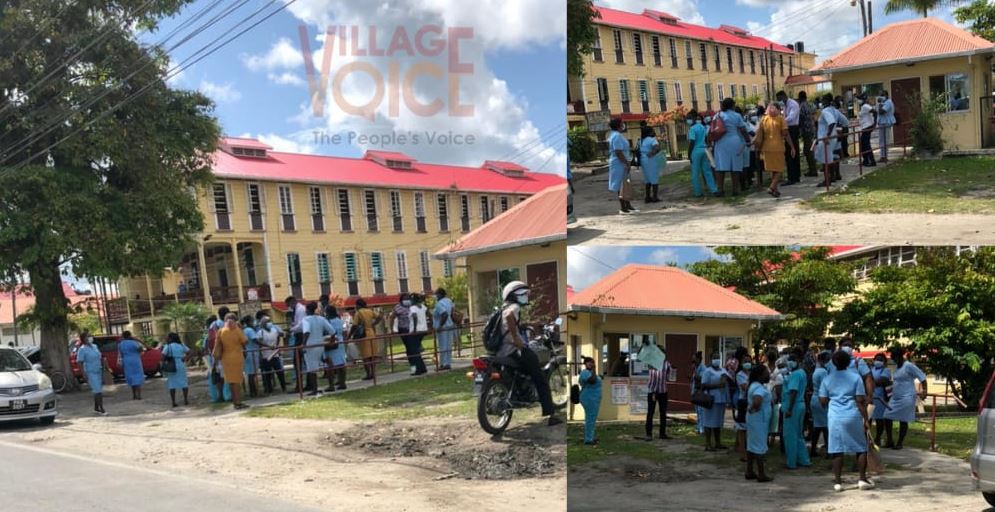