The Special Weapons and Tactics (SWAT) Unit rank, who fired the fatal shot that claimed the life of 29-year-old Orin Boston – was placed under close arrest, Commissioner of Police (ag), Nigel Hoppie said as he assured the press that the Office of Professional Responsibility (OPR) will conduct a comprehensive investigation into the shooting.

During an emergency press conference on Wednesday afternoon, the Commissioner of Police along with the Crime Chief, Wendell Blanhum; Deputy Commissioner of Police – Operations, Clifton Hicken; and Head of Special Branch, Senior Superintendent Ravindradat Budhram, was grilled by the press on the anti-crime operation on the Essequibo Coast that led to the death of Boston.

Boston, a businessman and father of two of Dartmouth, Essequibo, was shot dead reportedly while he asleep at home with his wife on Wednesday at around 4:40hrs. However, the police, in their preliminary report, contended that there was a confrontation which led to the shooting. His death has sparked a fiery protest in the Village of Dartmouth.

The Police Commissioner told the press that during his visit to the scene of the shooting, he assured Boston’s family that no stone will be left unturned as a comprehensive investigation will be done into the circumstances that led to their loved one’s death.

Commissioner Hoppie said the investigation will determine if any Standard Operating Procedures (SOPs) were breached, however, it was disclosed that Boston was shot with a rifle.

“As we speak the OPR is at the hospital to ascertain where Boston was shot, then following which the ranks involved would be interviewed,” he said, while noting that the rank that shot Boston is under close arrest.

According to Hoppie, the anti-crime operation, which was executed by the SWAT Unit, commenced at 2:00hrs on Tuesday in Region Two. The unit was dispatched from Police Headquarters, Eve Leary days prior.

It was noted that prior to the search at Boston’s home at Dartmouth, two other houses were searched, which led to two persons wanted for murder being arrested.

Notably no prohibited item was found at his home. “Nothing was found during the search,” the Police Commissioner said. However, he said that the anti-crime operation was based on intelligence received.

Boston, however, was never charged. “A check is still ongoing at the Criminal Records Office but based on based on information from detectives in the region, he was never prosecuted by the police,” the Crime Chief explained.

Hours after the fatal shooting, fiery protest erupted in Dartmouth. Residents have locked roads and bridges. The Commissioner, during the press conference, pleaded for the thoroughfares be cleared.

Thu Sep 16 , 2021
Support Village Voice News With a Donation of Your Choice. As the Ministry of Education (MOE) launched its Teachers’ Welfare and Support Programme at the Arthur Chung Convention Centre on Wednesday, GTT has announced free GTT Fibre installation for all teachers in Guyana applying for the service. GTT Fibre is the latest in cutting-edge broadband technology, providing more bandwidth over […] 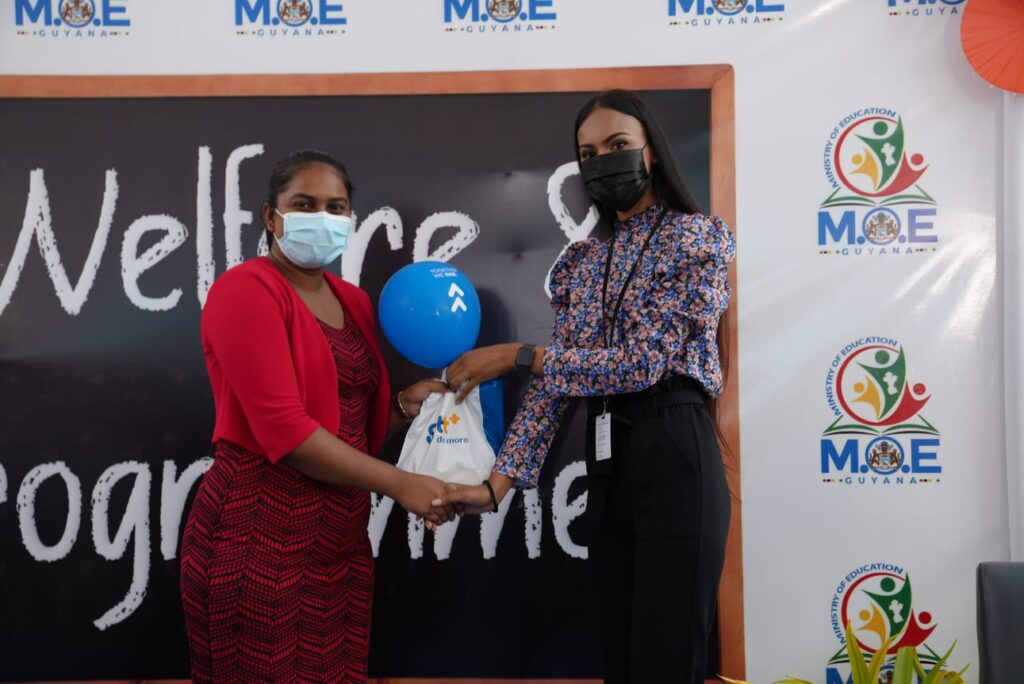