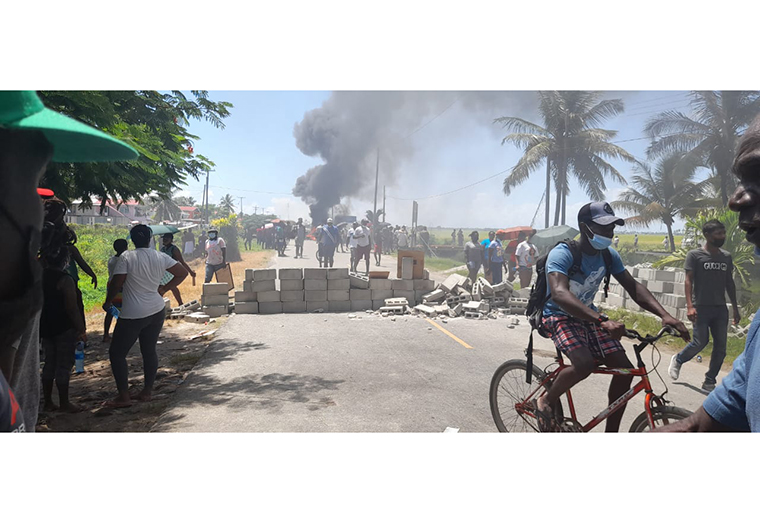 The Opposition said an independent investigation should be launched into the killing of Dartmouth Businessman Orin Boston by members of a Special Weapons and Tactics (SWAT) Unit on Wednesday morning.

“I have noted with extreme concern and sadness the killing of Mr. Orin Boston at the hands of the Special Weapons and Tactics (SWAT) Unit of the Guyana Police Force on Tuesday night and hereby call for a thorough and independent review of this unfortunate incident,” acting Leader of the Opposition, Roysdale Forde, S.C, said moments ago in a statement.

The Guyana Police Force, in a preliminary statement, said Boston was shot during an anti-crime operation in Essequibo. According to the police, ranks went to Boston’s home to conduct a search, and it was then that a confrontation ensued between the two sides, resulting in the businessman being shot.

“However, this assertion was wholly contradicted by Mr. Boston’s wife who was at his side during the incident. Ms. Boston has submitted that her husband was asleep when ranks stormed his room and delivered the fatal shot. Her version suggests, there was no form of resistance,” Forde said.

He said it would appear that Boston is the victim of a cold blooded execution.

“…if an investigation corroborates this development, the ranks involved must be prosecuted to the fullest extent of the law,” the Opposition Leader (ag) said.

Forde said: “Please be reminded: we live in a society with a sordid history of extrajudicial killings and sadly, this development has a frightening resemblance of a time in this country when these summary executions were the order of the day. We have returned to the dark days under the PPP/C.”

Commissioner of Police (ag.), Nigel Hoppie has instructed that ranks from the Police Office of Professional Responsibility (OPR) commence, immediately, a thorough investigation into this matter.

However, Forde said an Independent Inquiry headed by an independent person of repute should be conducted.

According to him, the Opposition has no confidence that the Guyana Police Force through the Office of Professional Responsibility can impartially investigate this incident.

Forde, on behalf of him and the opposition, extended condolences to Boston’s family and the people of Dartmouth and Guyana by extension.

In protest, residents of have blocked the main road at Dartmouth as they demand justice.

Cop who shot and killed Dartmouth man under “close arrest”

Thu Sep 16 , 2021
Support Village Voice News With a Donation of Your Choice. …Police Commissioner confirms no illicit item was found at Boston’s home The Special Weapons and Tactics (SWAT) Unit rank, who fired the fatal shot that claimed the life of 29-year-old Orin Boston – was placed under close arrest, Commissioner of Police (ag), Nigel Hoppie said as he assured the press […]