– as Hughes, Fields & Stoby law firm teams up with leaders to teach students

Come Monday, September 6 when the new academic year begins, 34 children from the community of Werk-en-Rust will be better positioned to understand the concepts that would be taught across the various subject areas having received close to three months of teaching, thanks to Hughes Fields & Stoby and leaders of the community.

“About two and a half months ago we discovered that the students from Werk-en-Rust who attended the schools in the community had had no form of tuition since COVID started,” Attorney-at-Law Nigel Hughes explained in an interview with Village Voice News. On Saturday, the children of varying age groups graduated from the educational programme.

Hughes, a partner in the law firm, said the children had no access to internet at home, and many parents were unable to access workbooks. The situation he said was “simply stunning,” and required an intervention.

“Cathy Hughes and I resolved to at least do what we could. It started as a project to provide free internet and some tuition in the car port at HFS,” Hughes detailed. However, Hughes and his wife, – Member of Parliament and former Minister of Public Telecommunications – met community leader, Malika Boxhill, who indicated that there were unused facilities at the Mildred Mansfield Youth Club.

“We then met Dr. Rhonda Robinson who had been doing work with the adult homeless residents. We met and decided that an urgent intervention had to be done to arrest any further deterioration in what was an alarming situation. This quickly developed into a full time school,” he explained.

Three teachers volunteered to teach the students, the law firm provided the tablets and other support. Hughes said after seven weeks of tuition, the students graduated on Saturday from the programme, much to the satisfaction of their parents. “This would not be possible without the tremendous work of teachers Linda, Sharon and Alniu,” he posited.

Hughes and team will be meeting with the parents of the children to discuss the continuation of the programme to supplement what they do at school.

Mon Sep 6 , 2021
Support Village Voice News With a Donation of Your Choice. Ms. Yeşim Oruç, new United Nations Resident Coordinator to Guyana, presented her letter of credence to Hugh Todd, Minister of Foreign Affairs and International Cooperation last week at his  ‘Takuba Lodge’ office.   The presentation signaled Ms. Oruc’s official start of her mandate in the country, the UN said in a release. Ms. Oruç, who is […] 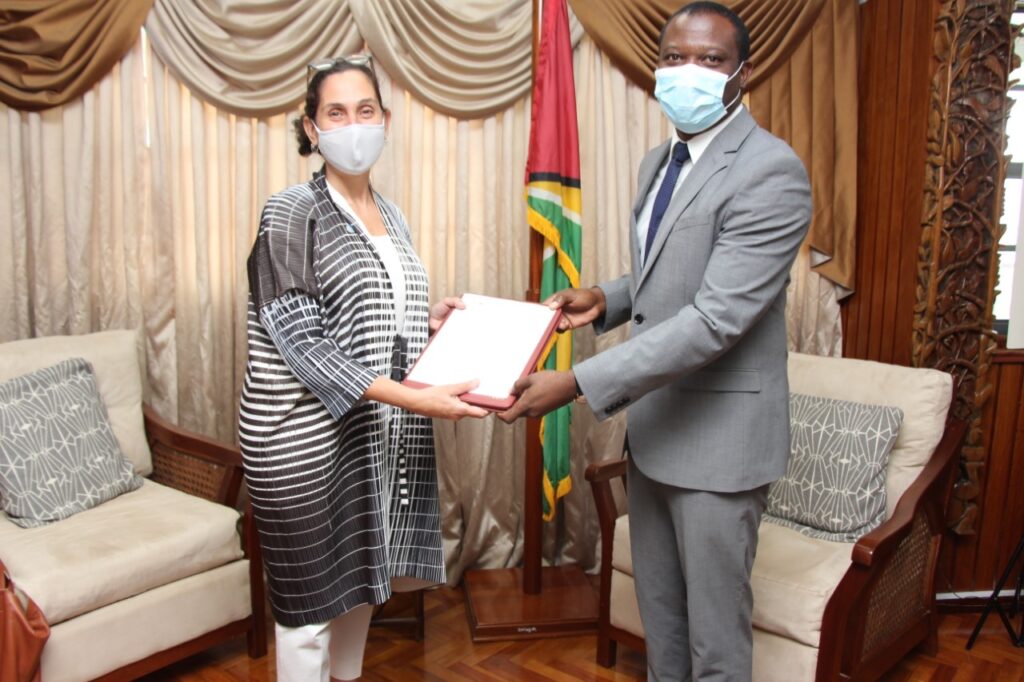