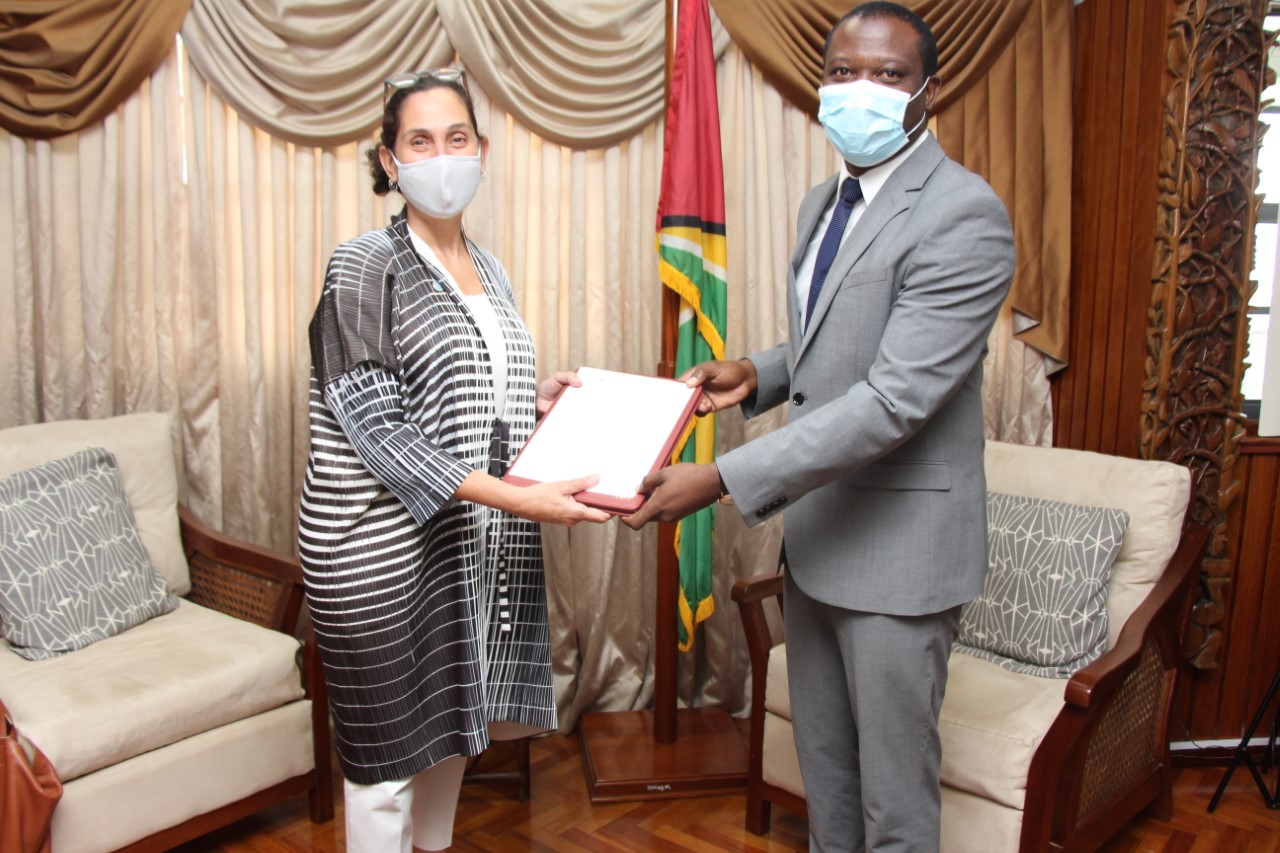 The presentation signaled Ms. Oruc’s official start of her mandate in the country, the UN said in a release. Ms. Oruç, who is a dual national of Turkey and the United States of America (USA), is replacing Ms. Mikiko Tanaka, who served in Guyana for the past five years.

Ms. Oruç holds a Bachelor of Arts degree in Political Science (Comparative Governments) from Yale University, Connecticut, USA and a Masters of Art degree in Middle East Studies from the American University in Cairo, Egypt. Ms. Oruç is bilingual in English and Turkish and is proficient in Arabic and German. The mother of Akay Kaya, Ms. Oruç is joined in Guyana by her spouse Mr. Mehmet T. Kaya, also a national of Turkey.

Mon Sep 6 , 2021
Support Village Voice News With a Donation of Your Choice. By Naomi Marshall  During her journey to achieving healthy glowing skin, a 29-year-old Lindener has been able to create natural skincare products that are high-performing and gentle, for not only herself but for many other women and men.  While growing up, Philipa Alleyne, Owner of Youphoria Bath and Body Company […]