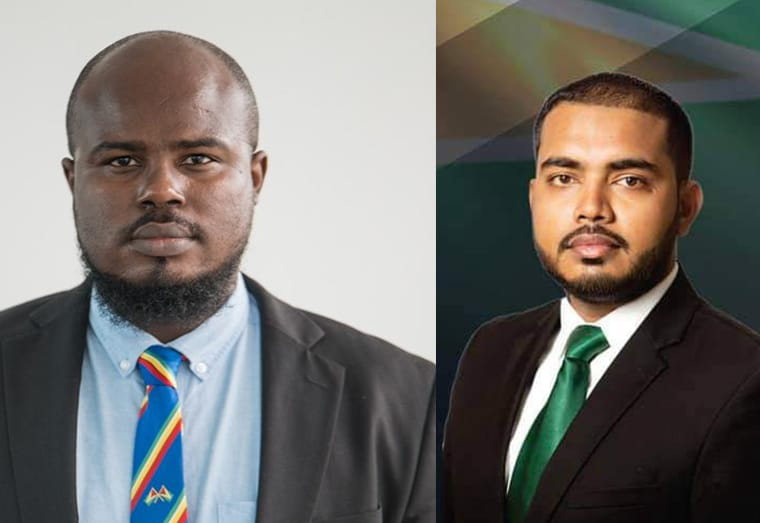 Region Four Regional Democratic Council (RDC) Chairman, Daniel Seeram has deemed “distasteful” the decision of Alliance of Change (AFC) Region Four Councillors to back two No-Confidence motions against him and Vice Chairman Samuel Sandy, noting that many of the issues expressed therein are inaccurate.

In a statement shared with the public on Monday, Seeram said: “It is most unfortunate that these actions were done in the absence of the Regional Chairman which makes the situation distasteful. After careful assessment and consideration of the reported issues, it was determined that many of these issues were inaccurately stated, while others were ventilated at the level of the RDC statutory meeting where the records can attest that the necessary guidance was given and formal complaints were lodged.”

In a previous press release, the AFC said its Region Four Councillors, on August 18, 2021, laid formal notices of No Confidence in the Chairman and Vice-Chairman to the Regional Executive Officer (REO) of the Region, Mr. Donald Gajraj. This action, they said, was in direct response to the continued failures and shortcomings in the management of the affairs of the people in the region.

On August 26, an attempt was made to table the motion for the removal of Seeram and Sandy but this was denied on the ground that the office of the Chairman was not served with a copy of the motions nor did the motions conform to the stipulated timeline.

However, the motion was submitted to the REO for inclusion on the agenda for the next meeting.

According to the AFC, in September 2020, the APNU+AFC coalition elected leaders for the management of the affairs of Region Four but nearly a year later several issues persist which highlight the fault lines within the Council. The AFC Councillors have highlighted several grave concerns including the suspension of the Regional Administration of Committees meetings without any word to Councillors which has created chaos and information.

In his statement, Seeram said that the actions of the AFC Councillors are not in keeping with the consideration of the overall benefit of the APNU+AFC Coalition and those involved should consider this before greater damage is done.

“To our partners in the APNU+AFC Coalition, there is mutual respect for all concerns that are brought to the leadership of the RDC Demerara-Mahaica. These matters are discussed, consulted and then informed decisions are made. With the current posture, it would be favoured that good sense prevail and the intellectual authors of such actions would comprehend that this course of action bears no fruit, but only creates mischief,” he cautioned.

Seeram also used the opportunity to thank citizens locally and in the diaspora for their support and to pledge his willingness for a unified approach with all stakeholders of the Region moving forward.

Mon Aug 30 , 2021
Support Village Voice News With a Donation of Your Choice. Former Magistrate, Cecil Sullivan on Monday afternoon died at the Georgetown Public Hospital. Reports are that Sullivan was tested positive for Covid-19. He had received one shot of the Covid vaccines. There have been conflicting accounts as to what transpired when Sullivan arrived at the hospital for treatment after complaining […]