The recent passage of the Registration of Births and Deaths (Amendment) Bill 2021, Bill No. 10 of 2021 presents a clear and present danger   to the efforts of the International community to combat the scourge of international terrorism and transnational crimes, and indeed the national security and sovereignty of Guyana.

Additionally, this Bill creates the conditions for the eternal feuding of political parties with respect to a credible national register of registrants and electoral lists.

It is preposterous to empower a community leader or Toshao to create a “brand new second hand Guyanese” by simply making a declaration   on a form containing particulars touching the births of a complete stranger who goes to them claiming he or she has no original document containing particulars of their birth or no record of their birth.  Similarly, by making a statutory declaration purporting to state the birth of such stranger (Venezuelan/Brazilian/Cubans/Haitian) which is signed by a Justice of the Peace or Commissioner of Oaths to Affidavits.  And any other documents with such information including baptismal certificate and marriage registers.

Do I need to remind that our borders are porous and may be teeming with traffickers in persons (girls/women), drugs, weapons, gold and diamonds etc. Guyana can replace Trinidad and Tobago as a breeding ground for terrorist fighters. Already we were labelled with having the No. 3 man in Al Queda.

Once you possess such a birth certificate it can be used to acquire a passport a most valuable tool of an international terrorists who thrives on having multiple nationalities.  This state of affairs can easily lend itself to the sale of Guyanese citizenship to dubious characters seeking refuge in Guyana.

The abovementioned situation is facilitated by the introduction of a brand-new provision, section 44 A which side- note says “where an adult has no original document,” the first of its kind in the over one hundred- and fifty-years history of the Registration of Births and Deaths Act Chapter 44.01 Laws of Guyana.

Another amendment in the said Registration of Births and Deaths (Amendment) Act that can prove to be disastrous is the substitution of the new Section 35 for the old one.

The new Section 35 removes judicial oversight over the process of inserting a name in the registration form, if a year or more has elapsed since the birth of a child where no name was given on registration. Likewise for a name change for a child which it should have been given at the time of registering its birth.  A parent or guardian had had up to a year to do such insertion or change of a child’s name after the registration of its birth.

However, the old Section 35 provided that where a year or more had elapsed then any such application by a parent or guardian had to be made to a Magistrate, who must be satisfied with the particulars in support of such application before he or she gives his or her approval for the Registrar General to proceed to make any insertion or change of name.

The new Section 35, also removes the one year limitation and makes provision for a parent or guardian at any time after the child’s birth has been registered or that child, on attaining eighteen years or more can apply directly to the Registrar General (the Magistrate having been removed) with inter alia a supporting statutory declaration   signed by a Notary Public stating the relationship, the Applicant has with the child.

The Magistrate in effect had been substituted for a Notary Public.  There is no duty on the Notary Public as was in the case of the Magistrate, to be satisfied by the parent of guardian’s case before signing the statutory declaration.

Moreover the 18-year-old or older adult can get a name for the first time in his life on his birth registration form and change of name without the supervision of the Court/Judiciary, or his parents or guardian, and no statutory declaration signed by a Notary Public.

Suffice it to say that there is a serious lack of transparency attending this new process since with the removal of the Court it is totally in the hands of the Executive /Government.  It is the Executive that appoints both the Registrar General and the Notary Public as in the case of the Commissioner of Oaths to Affidavits (COA) and Justice of the Peace (JP) to support the creation of ‘the brand new second hand Guyanese’ abovementioned.

My experience as Attorney General and Minister of Legal Affairs on taking office is that I met hundreds of Applications for Commissioners of Oaths to Affidavits and Justices of the Peace and many for Notaries Public, languishing.

Again, foreigners can be given brand-new Guyanese birth certificates which can beget Guyanese passports and pose serious problems with bloated national registers of registrants and electoral lists.

My recommendation is for the President not to assent to this Bill and cause same to be either withdrawn or sent to a Special Select Committee.

Mon Aug 23 , 2021
Support Village Voice News With a Donation of Your Choice. By Rawle Lucas Five stocks in the Lucas Stock Index (LSI) traded this third period of August 2021 with two registering gains and two registering losses.  One stock registered no gain.  The stock price of RBL declined 4.76 percent and lost G$7.170 billion in value.  In addition, the stock price […] 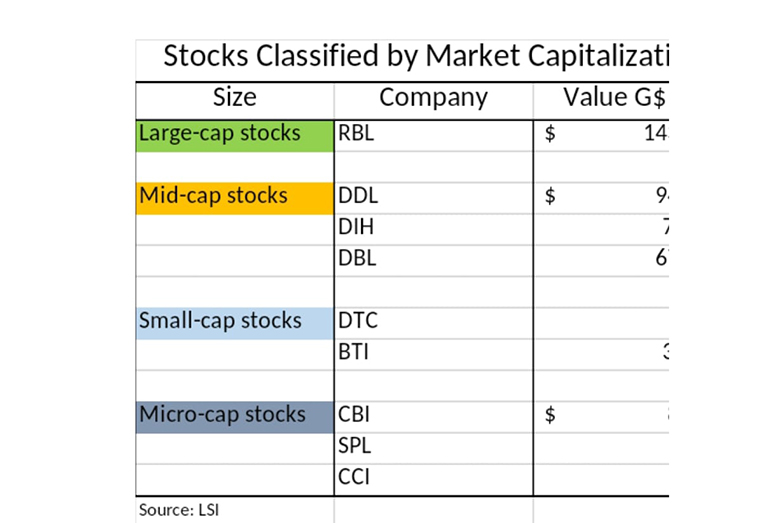