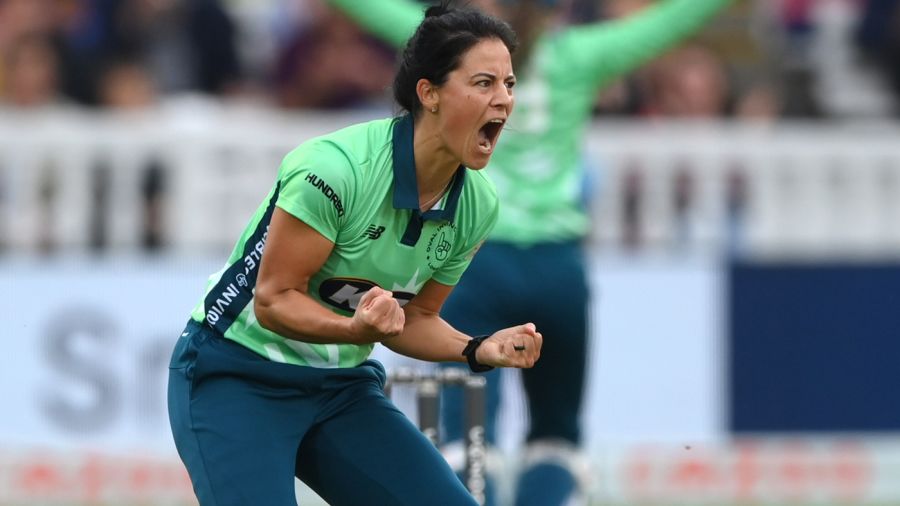 (CRICINFO) The Oval Invincibles blew the Southern Brave away in the inaugural women’s Hundred final at Lord’s, bowling them out for 73, as Marizanne Kapp ripped through their top order in returning competition-best figures of 4 for 9.

The game was won inside ten balls of the run chase thanks to Kapp, who removed Brave’s top three for ducks and found prodigious outswing down the slope in ideal bowling conditions, under the floodlights and in the gloom. She first nicked off Danni Wyatt and then had Sophia Dunkley caught at second slip as captain Dane van Niekerk went in for the kill, before Gaby Lewis top-edged a pull to short fine leg. At 2 for 3, Brave’s chase was over before it had started.

It was a fitting way for the final to be decided: an overseas star showcasing her international skill, helped by bold captaincy moves to exploit one of the competition’s key rule changes by leaving a strike bowler on for a second consecutive set of five balls from the same end. The chase fizzled out as Brave’s middle order froze, caught in the headlights of the biggest stage that women’s cricket has seen in the UK outside of World Cups; shortly after the seventh wicket, the ECB announced a record domestic attendance of 17,116.

The Invincibles had posted 126 after being asked to bat first in light but persistent rain, with Kapp and Alice Capsey’s cameos leading a strong finish after a steady start by the top order against Brave’s seamers. The eventual champions were on the brink of defeat against the Birmingham Phoenix in Friday’s eliminator barely 24 hours before they lifted the trophy, sneaking through after Tash Farrant led a spirited fightback on their home ground, but their international-calibre attack came up trumps when it mattered.

The Invincibles had won from behind on the competition’s opening night and came full circle in the final. They squeezed hard after the early wickets as Brave crept to 21 for 6 at the halfway stage of the chase, with Shabnim Ismail bouncing out Amanda-Jade Wellington and 17-year-old Capsey striking with her first ball. van Niekerk held back Kapp’s final set of five for the death, and she sealed the win with a leg-stump yorker, cleaning up Lauren Bell to spark emotional celebrations.

Brave were the bookies’ favourites before the start of the competition and cruised into the final with a game to spare, winning seven out of their eight group games – including a comfortable defence of 114 against the Invincibles at the start of this week. They were without Smriti Mandhana, who had flown home ahead of India’s tour to Australia, but were still the team to beat heading into the knockout stages.

They appeared confident at the interval of chasing down 122, not least with two of the competition’s in-form batters in Wyatt and Dunkley, but both were dismissed within the first six balls of the chase as Kapp swung the new ball away from the right-handers at a good pace to rip the heart out of Brave’s batting line-up.

Wyatt was caught in two minds against the ball swinging away from her outside edge, playing and missing at two of her first three balls before flashing at one away from her body and nicking through to Sarah Bryce. van Niekerk attacked, bringing herself in at second slip, and two balls later clung onto a sharp chance as Dunkley’s drive flew to her via the outside edge. When Lewis was through her shot early to fall for a second-ball duck, the chase was as good as over after only ten balls.

Kapp has not had things easy this year, suffering post-viral fatigue for much of it after contracting Covid-19 which also pushed back an overdue medical procedure for an ongoing heart condition. She was ruled out of five of the Invincibles’ eight group games earlier in the competition with a thigh injury, but has been a revelation in the knockout stages, following up 37 and 3 for 21 in the eliminator with 26 and 4 for 9 in the final.

Slow start, fiery finish
The Invincibles have scored their runs at a slower rate than any other side in the competition in the first half of an innings, generally relying on their middle-order hitters to propel them at the death. They stuck to their template at Lord’s, eking out 21 for 1 off the powerplay and then 52 for 1 after 50 balls. Fran Wilson, who has struggled for form throughout the season, was dropped twice on her way to 25 while van Niekerk anchored the innings with 26.

But Kapp and Capsey led a bright finish, with the Invincibles adding 51 off the last 35 balls of their innings thanks to their cameos. Kapp swept hard while Capsey swung down the ground, and despite Bell again impressing with her changes of pace, which accounted for van Niekerk and Capsey, the Invincibles managed to scrape up to a score that looked – and proved – defendable.

Sun Aug 22 , 2021
Support Village Voice News With a Donation of Your Choice. (BBC SPORT) Goals from Diogo Jota and Sadio Mane ensured Liverpool made it two Premier League wins from two with victory over Burnley at a packed Anfield. In what was a promising all-round performance by Liverpool, captain Jordan Henderson returned to the starting XI after missing the opening-day win over […] 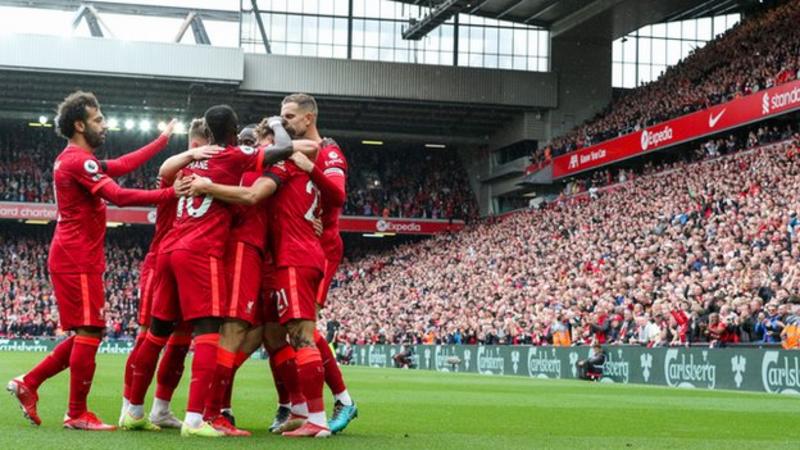