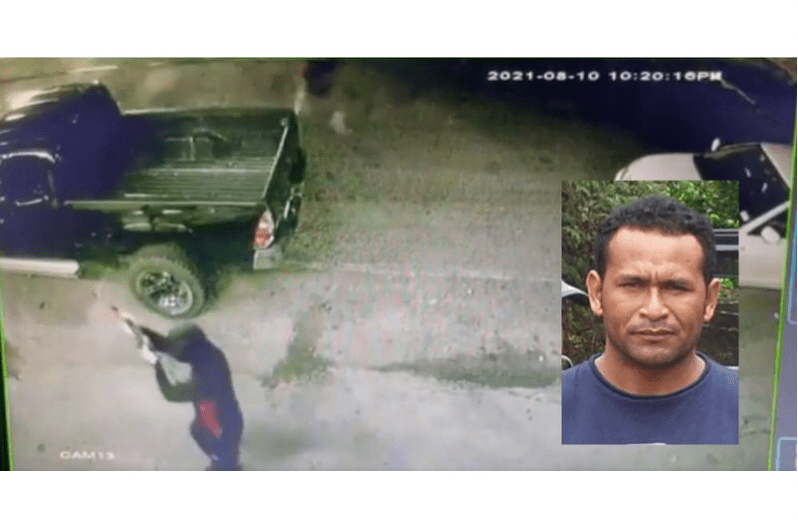 …while in car by two unidentified males with long guns

Businessman, Euclid DaSilva was shot and killed on Tuesday on Regent Street between Camp and Wellington Streets by two unidentifiable males armed with long guns who have since escaped.

The 50-year-old man of Lot 23 Hadfield Street Werk-en-Rust, Georgetown, was dragged before the Courts in 2012 for illegal entry to Guyana, conspiracy to commit a felony and uttering a forged document.

Reports were that he was wanted by Brazilian authorities for some 9 years for unlawfully escaping custody while serving an 11-year prison sentence. He was arrested in Guyana for being in possession of false Guyana documents. Two years later, the charges against him were dismissed due to the prosecution failing to provide sufficient evidence to support their case against him.

According to police reports, on Tuesday at around 22:00hrs, a black Tacoma motor vehicle #GTT 3257, came from the west of Regent Street and parked on the northern side.

About twenty minutes later a white motorcar model and number unknown but bearing an HB number plate, came from the western direction on Regent Street and parked about 15ft behind the black Tacoma.

The two suspects exited the car, both armed with long guns and discharged several rounds at the Tacoma before rejoining their transportation and making good their escape east on Regent Street.

DaSilva was seen in a sitting position in the driver seat of the Tacoma while another male whose name, age and address are unknown, was seen on the right front passenger seat with wounds to his face, right arm and chest.

DaSilva was pronounced dead on the scene by an EMT doctor suffering from what appeared to be nine gunshot injuries. The body was then escorted to the Memorial Garden awaiting PME.

Meanwhile, the other male was escorted to the Georgetown Public Hospital where he is presently undergoing surgery with his condition listed as critical. Efforts made by the police to locate the suspects so far have proven futile. Investigations are ongoing.

Wed Aug 11 , 2021
Support Village Voice News With a Donation of Your Choice. There is growing disquiet in society. People are out on the streets protesting for various reasons, none of which could be ignored by the government and other interest groups. Protest sends a message of disquiet over a situation and the felt need of the affected to bring attention to their […]