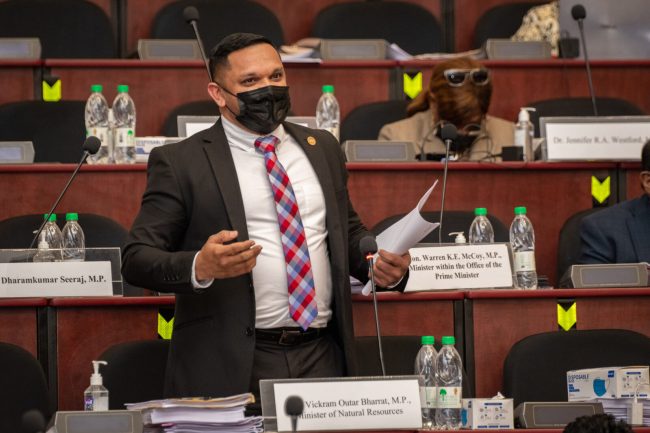 Minister of Natural Resources, Vickram Bharrat, on Monday, presented the Petroleum Production and Exploration (Amendment) Bill to the National Assembly as necessary to allow for the much vaunted Gas-to-energy project, which they say will help fix the country’s high-cost energy issue.

Through the project, the Government hopes to reduce the cost of power generation by 50 percent or more and is it expected to be the single project which will ensure that every Guyanese benefit from the oil and gas sector. It is also hoped that the project will put an end to Guyana’s widespread power outages and significantly reduce the need for the importation of fuel.

“One of the biggest hindrances to our development as a country and as a people [is] the cost of power generation. Today we are producing energy at between 20 to 30 US cents per kilowatts which is probably one of the most expensive in this hemisphere or in this part of the world,” Bharrat said.

He added that the Government is working to make the project a reality in the shortest possible time and in keeping within the three-year timeframe.

The aforementioned Amendment Bill, mainly surrounding land use for the project, seeks to further monetize Guyana’s oil and gas resources and ensure greater transparency and accountability within the sector, the Minister said.

However, the Opposition had issues with the Bill. Opposition MP Shurwayne Holder said that the motive behind the Bill is being called into question because it is “shrouded in secrecy” and “reeks of corruption”. Holder added that experts have deemed the project, as presented by the Government, to be a risk to the environment and the economy.

“This project, if not carefully managed, has the potential to become the largest ‘white elephant’ in this hemisphere. The Government is not being truthful when it comes to disclosure of the financial and economic impact of this project on the country. While they acknowledge the depth of the studies done by the Coalition Government, the PPP remains very selective in which aspects of those studies they speak about in the public domain to support their political agenda and, more so, the pipeline going to Wales,” Holder said.

It has been confirmed that the Gas-to-energy project will be developed in Wales on the basis that it could pose an environmental threat if it were to be built in the highly populated area of Region Four.

However, the Opposition, through some like MP David Patterson, has contended that this decision was made by the Government with no evidence of studies, reports, or analysis being conducted prior. Patterson dubbed it “a classic case of putting the cart before the horse”.

He also knocked the decision to build a gas powerhouse at Wales, which he said a multi-stakeholder group has deemed not viable for several reasons. These include the Demerara River being Guyana’s busiest; the river being fast-flowing; a submarine cable to bring power to the main load centre likely being disastrous and more.

In his presentation, Holder said that the project was also overpriced and would likely incur greater costs than estimated due to the infrastructural developments onshore that will be impacted to cater to the project. He also noted that the lands leased or owned by Guyanese will also be put at risk.

According to the Explanatory Memorandum of the Bill, Subsection 2(A) states that “the Minister may obtain written consent from any landowner or lawful occupier of private land” to install or operate pipelines, submarine, fibre optic or terrestrial cables or similar infrastructure. Subsection (2) states that any instrument of consent obtained may be given unconditionally or subject to such conditions as are specified in that instrument.

The Opposition MP stated: “They will argue that it is consensual… but, Mr. Speaker, every Guyanese has seen the dictatorial behavior of this Government and so they know fully well what will happen. They will bully their way and acquire that consent…they will approve permission for their friends, for their cronies who will pass big money under the table but, on the other hand, they will withhold permission from persons deemed not to be supporters of the Government or providers of gifts and bribes to them. This has been the trend over the last 12 months.”

Furthermore, Holder said that while Minister Bharrat has predicted a reduction of electricity costs for citizens by 50 percent or more, job creation and other benefits to come from the project, the Opposition is yet to see studies presented to the House to support and give weight to the statements made. “These are the catchy phrases that they use constantly to hoodwink the Guyanese people,” Holder said.

Following Holder, Senior Minister of Finance, Dr. Ashni Singh made his presentation throwing his support behind the Bill. He said that the project will be the center of major transformation for the country and its people. Dr. Singh noted his disappointment with Holder’s remarks stating that he is misguided because of the influence of the senior leaders within the Opposition.

The Senior Minister of Finance put forward that his Administration took the project from the hands of the former Administration before it became a disaster and has improved it to better benefit Guyanese. When the project materializes, he said it will add an additional 250 megawatts of pow to the national grid. He therefore told the House that the Opposition’s main contention with the project is that they simply do not want it to occur under the PPP/C Government.

Mon Aug 9 , 2021
Support Village Voice News With a Donation of Your Choice. …chides President for failure to negotiate with union on wages,  vaccination policy The Guyana Public Service Union (GPSU), on Monday, reminded President Irfaan Ali that he is not above the law even as it slammed the People’s Progressive Party/Civic (PPP/C) Government over its imposition of the COVID-19 vaccine on public […] 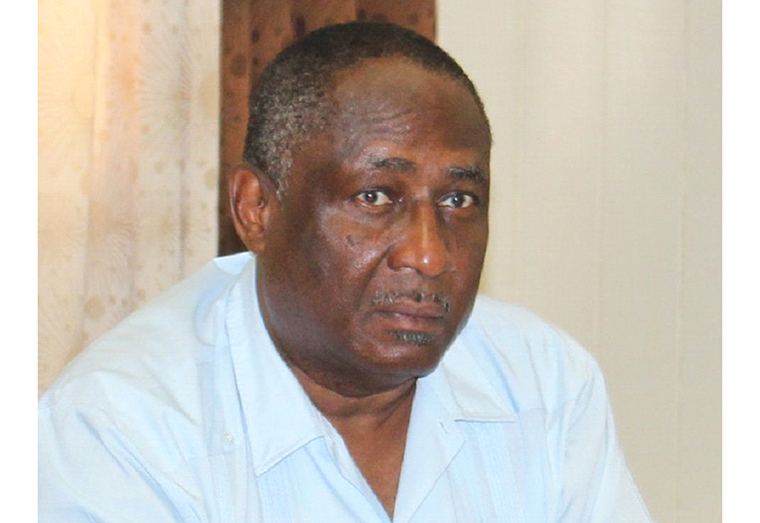