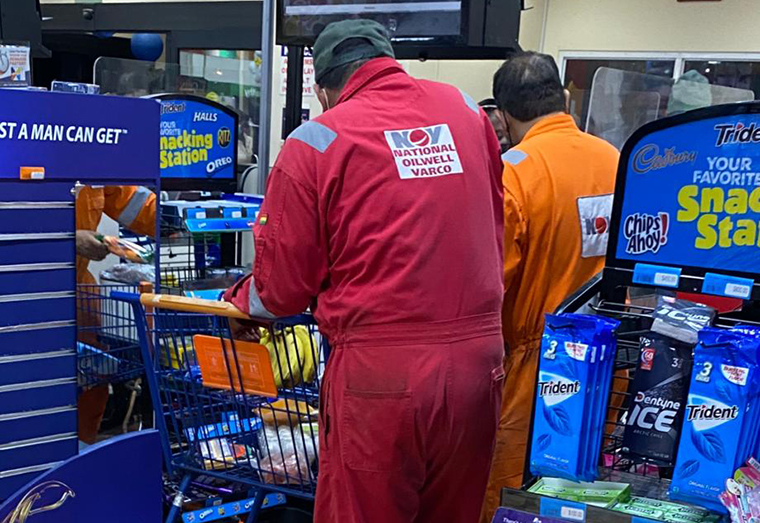 There is a battle for bacon and bora in Guyana.

Visit any of the major supermarkets and you will witness a recent phenomenon.

You will see persons decked out in their oil sector overalls pushing laden trolleys of premium products. In almost every instance these persons are non-Guyanese. They are easy to spot by their hue. You will also witness well known and well heeled upper crust Guyanese jostling with them for the dwindling supply of premium cut hickory smoked Oscar Mayer bacon. Price is of little concern. Money is flowing for the connected elites.

This is the tale of one of the two emerging Guyanas.

There is another set of jostling taking place in the roadside markets. The average Guyanese housewife is hunting in the markets for the best prices and deals on basic food items – chicken, rice and bora.

The cost of living has skyrocketed in the past year. In 2021 it has gone out of control. There is a murmur that the price increases are as a result of increases in global transportation costs. This is disingenuous. While there have been fluctuations there is no credible evidence of a significant sustained increase in the cost of global shipping or airfreight.

The proffered excuse is an outright lie with regard to local produce which are not subject to global shipping. Guyana is undergoing an obvious massive inflation spike. And it is the ordinary people who are bawling.

Housewives are finding the elasticity of their dollar tight. They cannot afford to buy many of the items they previously bought without thought. They have had to reduce the quantities of other items. Shallot is $1500 a parcel some days.

This is impacting on meals and people’s quality of life. There are reports that many families have reduced meal portions and some families have started skipping meals altogether to make ends meet.

An economic crisis is unfolding and its impact is far-reaching. Crime has begun to spike. It is an obvious direct result of hardships being faced by families whose income have dwindled or been cut altogether. Everyone has to eat. Meals cannot be deferred indefinitely. Desperation sets in as hunger intensifies.

Reduced income and increasing prices is a recipe for economic and social stress and eventual collapse.

There is need for macroeconomic intervention. People need relief in various forms. That public servants have been denied salary increases two years running has worsened the hardships.

Frustration is mounting, stress is building. It is only a matter of time before the cover blows and people erupt. And when they do it will take considerable effort to restore order. Guyana is on the precipice, the bacon and bora wars are an indication of a country in brewing turmoil.

Viewpoint | PNCR must respond to PPP/C’s report to U.S Congress and Diplomatic Community

Sun Aug 29 , 2021
Support Village Voice News With a Donation of Your Choice. The statement by Gail Teixeira, Minister of Parliamentary Affairs and Governance, that she wrote members of the United States (U.S) Congress, other international partners, and members of the local diplomatic corps about “misinformation and race-baiting” must not be taken lightly or dismissed. The truism of not wanting to dignify people […]