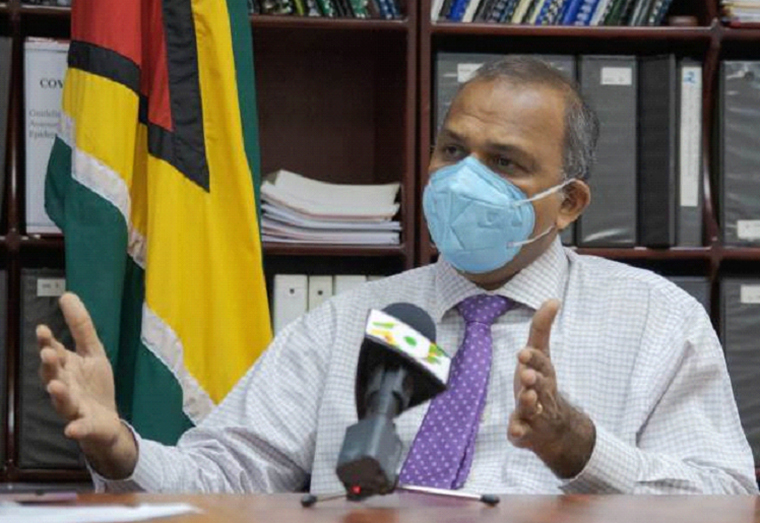 The Government of Guyana has spent approximately $2.2B to source vaccines in its fight to combat the Coronavirus Disease (COVID-19), Minister of Health, Dr. Frank Anthony has said. The estimated figure covers the cost of the vaccines as well as logistics associated with getting the vaccines to Guyana.

He said currently, the Government is sourcing COVID-19 vaccines for adolescents between the ages of 12 and 18 years.

The Health Minister made the disclosures in his response to a series of questioned posed by A Partnership for National Unity + Alliance For Change (APNU+AFC) Member of Parliament, Dr. Karen Cummings.

In his written response submitted to the National Assembly, Minister Anthony explained that while the Ministry of Health has procured enough vaccines for all persons 18 years and over living in Guyana, it is now in the process of sourcing vaccines for adolescents.

“The Ministry is currently securing vaccines for persons between the ages of 12 and 18 years,” Dr. Anthony said.

Late July, the Health Minister had indicated that the Government was discussion with several of its partners to procure the COVID-19 Vaccines for children who may be eligible. Currently, Pfizer and Moderna have been given emergency use authorisation for children. Based on statistics coming out of the Health Ministry, well over 1,500 children have contracted the virus.

Dr. Cummings, who served as Minister within the Ministry of Health under the APNU+AFC, called on the Health Minister to justify the Government’s decision to purchase AstraZeneca, Sputnik V and Sinopharm in preference to Pfizer and Moderna.

The Minister, in response, clarified that the AstraZeneca vaccines were not purchased but were donated by the Government of Barbados, India, the United Kingdom and Covax. In justify the purchase of Sputnik V, Sinopharm and the Jassen Vaccines, Minister Anthony said Government wanted to ensure that every Guyanese adult had access to the vaccine as quickly as possible.

“Agreement with COVAX was for 20% of our population. COVAX had difficulty fulfilling this commitment because of the global shortage and funding difficulties. So far, that quota is not filled. In the early part of the year, Moderna could not export the vaccine to other countries because of export restrictions and supply commitments to the US Government. That is changing now,” the Minister explained.

He explained further that Pfizer had made bilateral commitments with more affluent countries, and as such does from the company would only become available in 2022.

“The global shortage of vaccine raw materials that resulted in lower vaccine production. Increase domestic demand for vaccines as manufacturing countries experience surges of cases due to new variants. This led to countries stopping exports and fulfil domestic demand. This further compounded global shortages,” Dr. Anthony said as he laid out the factors which influenced the Government’s decision.

Asked whether the Health Ministry is equipped to perform a quick response to vaccine safety signals or to engage in vaccine pharmacovigilance to identify the rare instances where real adverse reactions occur, the Health Minister responded in the affirmative but noted that no fully vaccinated person has died from COVID-19.

“There have been no deaths due to vaccination. Anaphylactic shock is an extremely rare event that can occur. To prevent anaphylactic shock, persons who received a vaccine is observed for 15 minutes. If anaphylactic shock developed during this period, the nurses giving the vaccine could diagnose and treat it. So far, no person who has received a COVID 19 vaccine has had anaphylactic reaction,” the Minister of Health explained.

He noted that at the Health Ministry there is a Pharmacovigilance Committee that monitors for rare adverse events.  The national committee is obligated to report any adverse findings to regional and international pharmacovigilance bodies.

Tue Aug 3 , 2021
Support Village Voice News With a Donation of Your Choice. …only eight cases prosecuted in court  Though a total of 28 Trafficking in Persons (TIP) cases were detected during the People’s Progressive Party/Civic (PPP/C) Government’s first eight months in Office, only eight were placed before the Courts, Minister of Human Services and Social Security, Dr. Vindhya Persaud has disclosed. In […] 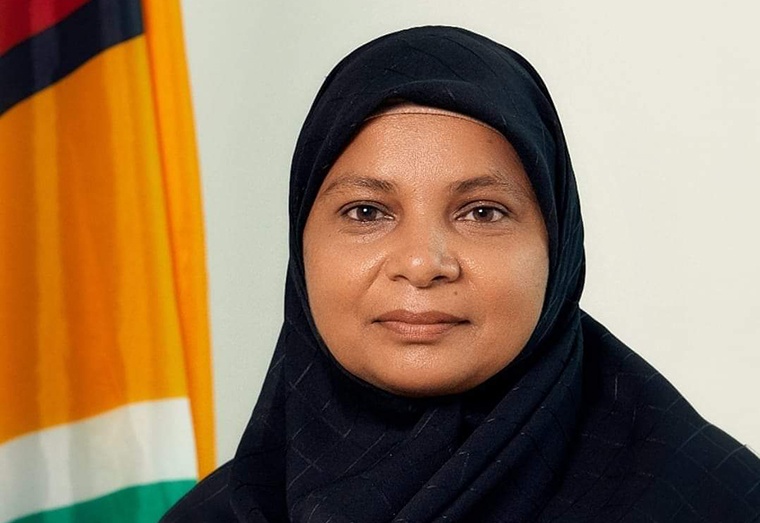