To date Guyana cannot boast of a Nanny. She was the maroon who led the First Maroon War (1720-1739) against the British which resulted in the signing of a treaty that accepted the freedom of her and her followers and the awarding of 500 acres of land for a settlement, known as Nanny Town, located in Blue Mountain.

Guyana has not made any claim to a Sojourner Truth, as in the United States, famed for the creation of the Underground Railroad. She shepherded enslaved Africans- through a sophisticated network that had the involvement of white allies and members of the religious community- from the South to the North and even Canada to a life of freedom. 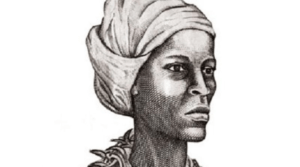 Guyana has no named Nanny or Sojourner Truth in the fight for freedom (Emancipation). But it could be said, without fear of contradiction, women played a significant role on the plantations in Guyana in the fight for freedom. Women were not passive nor accepting of the life of servitude without resistance. Undoubtedly, they would have worked alongside their men in the various uprisings and revolts, conceptualising, plotting, planning, and executing.

Last June, historian and author Dr. Rebecca Hall in an interview with ABC about her book ‘WAKE- The Hidden History of Women -Led Slave Revolt’ make some profound revelations to anchor Linsey Davis. She said research has found that the higher the number of women on a slave ship the greater the odds of a revolt. This finding, according to her, was made by historians who worked on the Atlantic Slave Trade for decades and compiled a massive amount of database of over 35,000 slave ship voyages.

The researchers found there were revolts in one in every 10 ships. When they asked themselves, what was the difference with the ships that had revolt as against those that didn’t, the only significance that was found was when the revolts took place there were more women on board. Amongst those women some had to came to Guyana.

Africans fought and resisted slavery every step of the way. Women used several strategies to resist. They also developed skills to protect and preserve their communities. Some subjected themselves to be concubines of the slave master to get information to aid the resistance and ultimately freedom for themselves and communities. Some used religion to plot rebellions and spread message through hymns.

Women were much more that reproducing babies to populate the plantations or their children used for trade. Women were much more than wet nurses for massa children and working in the Great House. Women used their roles in the Great Houses to eavesdrop on information and relate news to their communities about what was happening in local plantation life, the rebellions on other plantations, and the happenings in Britain all of which was crucial to the resistance.

Also, a significant aspect of women in slavery is that they represented a third of the 15 million Africans who made it through the Atlantic Slave Trade. Such number would have amounted for something. Even if it were one, she would not have passively accepted enslavement. In ancient and precolonial Africa society female held high positions in the political order. Crossing the Atlantic would not have destroyed the role of women among her group in the new society.

No slave uprising, revolution, resistance, or revolt could have been absent the input of women. It is most unfortunate in the history of the West Indies, even though a female (Queen Victoria) was the Head of the British Empire and presided over the Emancipation Proclamation, the contributions of British Guianese women have been ignored, left off the pages of the history books.

Dr. Rowley keeps out yet another PPP Covid Politicisation Variant

Sun Aug 1 , 2021
Support Village Voice News With a Donation of Your Choice. Lest we forget, Covid is aerosol driven for which, what’s plateaued can transitioned exponentially with a solitary concentrated delta variant cough, evident in the infinitely long list of plateaued premature celebrants. Indeed, America celebrated by the millions, as masks were unmasked, for hospitalisations and deaths enjoyed a southward trajectory. And […]