Mayor of Georgetown, Ubraj Narine has reminded Minister of Public Works, Juan Edghill that his Ministry owes the Mayor and City Council (M&CC) over $300M and should settle its taxes.

The reminder came in a statement from the Mayor on Wednesday in which he rejected remarks made by the Minister at the commissioning of the new Owen and McDougall Streets in Kitty, Georgetown on Tuesday.

At the event, Edghill criticized the management of the city by the M&CC and accused it of throwing its responsibilities over to the Ministry of Public Works. He said that the Ministry took up the task of renovating the Owen and McDougall Streets though it should have been M&CC’s responsibility.

“In the real construct of things, Central Government is to take care of the main thoroughfare, Government is to take care of internal roads. So, if you put it this way, this road that we’re commissioning is a road that the City was supposed to be doing and, it’s because they’re not doing it, we had to step in and do these kinds of work,” he said about the $39.5 million project.

Minister Edghill also said that due to City Hall’s poor management during the recent rainy season, Central Government was forced to take over management of the city’s pumps and sluices.

He stated: “[M&CC is] doing nothing and the people suffering. But at the same time, we have to tell City Hall up your game, people are paying taxes, you are getting government subventions, you have to provide some amount of service to the people of the city.”

However, in a statement on Wednesday, Mayor Narine rejected the Minister’s position on the matters stating that M&CC has enjoyed a good working relationship with the National Drainage and Irrigation Authority (NDIA) to ensure the pumps are in working order to supplement the work of sluice/koker attendants employed by the municipality.

The Mayor said too that should the Ministry pay the over 300 million dollars it owes, this sum will greatly assist the Council in the execution of its duties.

“Mayor Narine continues to express his concern that there is too much politics being played with the citizens of Georgetown. He wishes to encourage the Minister to meet with the Council and work together as partners in the maintenance and development of Georgetown,” the statement said.

Wed Jul 28 , 2021
Support Village Voice News With a Donation of Your Choice. …third aviation accident in past month  A Britten-Norman Islander aircraft operated by Roraima Airways crashed on take-off from the Aricheng aerodrome in Region Seven on Wednesday afternoon, the third accident within the domestic  aviation sector this month. Reports are that the aircraft, bearing registration 8R-GRB, was ferrying several drums of […] 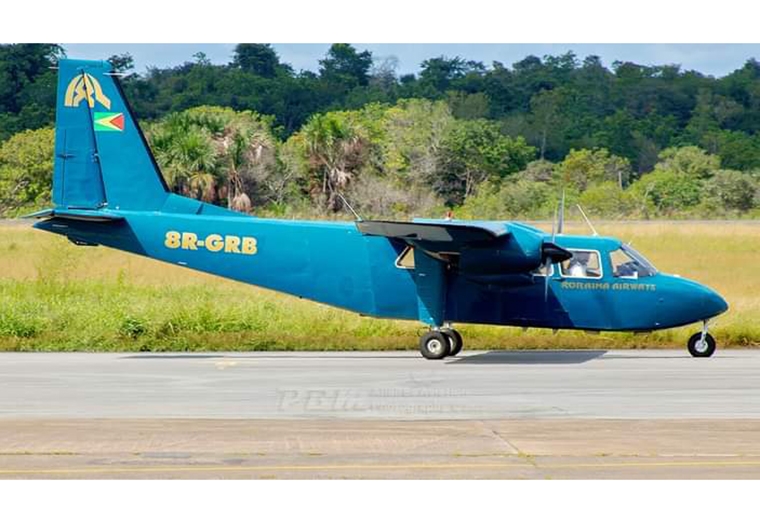